The Storm’s The Thing 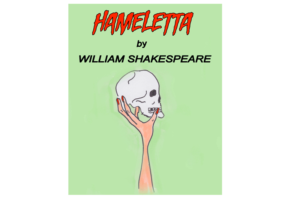 It has been quite a year for those who like extreme weather.  With the UK reeling under the twin impact of the Beast from the East and Hurricane Emma, their hobby has been delivered to the doorstep as if it had been ordered from Amazon.  No need to travel to exotic places this year.  You can see the extreme weather from your bedroom window.  Why not just turn up the hot blanket and peep out through the curtains?

Fortunately, even in these days of degeneration, there will be some for whom this is simply not enough.  A home-grown freeze is all very well but how does it compare with temperatures below -40° in Siberia (no, don’t spend time worrying about whether that is centigrade or Fahrenheit – the answer is obvious)?  There have been other things to look at as well: hurricanes in the West Indies; a record drought in Cape Town; and no doubt many other interesting but disagreeable phenomena which we have not heard about at all.  The explorer who focuses on weather patterns has certainly had plenty to do.

You might think then that there was something heroic about the fact that I was some 13,000 miles away watching a Tempest on the North Island of New Zealand.  The weather is generally moderate there and rumours of severe storms might be expected to find their way back into the British press.  And yet if you search your newspaper, you will find nothing.  That is because this particular Tempest was being performed by a troop of amateur players in a botanic garden just outside the town of Whanganui.

It is always fun watching amateur dramatics.  Directors have to make use of the talent which is available to them so that you get a thoroughly mixed performance with, if you’re lucky, the brilliance of the talented brightening up the Stygian gloom cast by the performance of those who are less so.  Actually the Tempest was not a particularly good choice.  It is a difficult and subtle play and although I have seen Ian McDiarmid light up the Almeida with a truly magical performance as Prospero, there is a shortage of McDiarmids in the world, and unless you happen to have one of them, it may be wise to choose a play with a more straightforward plot.  Still, it is another feature of the production which sticks in the mind, and that is the predominance of women actors.

In the normal way that shouldn’t matter in the least.  It is the business of an actor to pretend to be someone else and theatre-goers are expected to ignore the fact that the characteristics of that someone are different from the personal characteristics of the actor.  Laurence Olivier put in a brilliant performance as Henry V, but there is no evidence to show that he would have been particularly good at leading fifteenth century troops against the French.  It is perfectly possible to play Othello without being naturally jealous.  If, then, an actor always pretends to have characteristics other than his own, there is no reason why those characteristics should not include sex and colour.  Those who saw Fiona Shaw’s luminous performance as Richard II will remember that it was a man that she created so vividly on the stage.

Given the fact that they presumably had more women actors than men, the obvious course in the Tempest would have been to have allowed the women to play the male parts, supplementing their thespian abilities with false beards, aggressively male clothing, etc.  Oddly, however, they approached things the other way round, altering the play so that male characters became female ones.  Prospero, then, had been betrayed by his sister, rather than his brother and the word “person” began to appear in Shakespeare’s lines, something which did not improve the poetry.  The effect was distinctly weird but then, after all, it was amdram, it was cheap, it was in a glorious garden at the end of a warm day, there were sparkling performances from Ariel and Stephano; and it was fun.  There is nothing to complain about there.

It does make you think, though.  The essence of the theatre is that the audience uses its imagination to bridge the gap between what it actually sees and the story being told.  That is why Greek dramas work so well in modern dress.  It is also why some of the greatest performances, Joan Plowright’s St Joan for example, have been in productions with minimal scenery.  If the story is well enough told, the true set will be in the audiences’ imaginations.  It cannot then matter that a white man plays Othello or a black man plays Hamlet.  The production must make the audience see the story, and props are only there to help them over the threshold.  They may include a man blacking up or another using chalk.  They may include a man wearing an artificial chest or a woman donning a beard.  Generally speaking, the more sophisticated the audience, the less props will be needed.

All that is pretty obvious, but there is a topical aspect as well.  Suppose that the actor is a good man who plays a villain.  The audience may be quite aware of this, in fact they often are, few actors have as bloody a past as Richard III, but it will not upset their enjoyment of the performance.  What then if the actor is a bad man and is playing someone who does not have a similar fault?  Does that in some way invalidate the performance?  Of course it doesn’t.  And that is why it was quite wrong for Ridley Scott to airbrush Kevin Spacey out of All The Money In The World because sexual allegations have been made against him.  I do not know whether there is anything in these allegations or not, and to be honest I don’t much care, but even if you assume the worst, it does not invalidate Spacey’s work.  There are a very few actors of his talent and Christopher Plummer who replaced him, though worthy enough, is not one of them.  The film bombed.  Serves them all right.