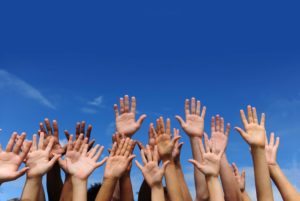 A year ago I was incautious enough to write to the Editor of the Times responding to their article: Consultants Take Billions From Foreign Aid Budget.  As one who had spent of 30 years at the coalface of overseas aid, I felt that I had to make an attempt to move the debate on.  I tried to explain the complex, even poisonous mix of politics and money which ensures that no one wants to look too closely at two real problems: the lack of any robust evidence that aid works and the significant possibility that there can be too much of it.  It is far easier to carry on bashing the consultants.

Two groups are particularly keen to cheer on the consultant bashing: the NGOs and the international agencies like the World Bank who compete with the consultants for aid money.  It is now over 10 years since Action Aid declared all aid spent on consultants to be ‘phantom aid.’  Yet the NGOs and the international agencies, in particular, are far less accountable to the aid donors than a consulting company working to detailed terms of reference and submitting detailed invoices against a contract budget.

To my surprise, the Times published my letter.  To my special delight they put it above and at greater length than one from Andrew Mitchell who seemed uninterested in what I had to say.  This led to further discussions with both the Times and Radio 4 and an invitation to meet Priti Patel, Secretary of State for International Development at the time.  Not surprisingly she found something more important to do.  More disappointingly, the journalists met my low expectations by finding what I had to say too downbeat and factual to make a story and any hope of my 15 minutes of fame faded away.

Imagine, therefore, my schadenfreude when Oxfam hit the proverbial fan in Haiti.  I remember a meeting over 10 years ago with Andrew George, then Lib Dem spokesman on development, whom we had invited to talk to a group of consultants.  In the discussion, one of us with extensive NGO experience asked if AG thought that politicians might ever tackle the lack of NGO accountability, for example Oxfam.  The revealing reply was simple:  “I am a politician, I am not taking on Oxfam.”

How, then, are the mighty fallen.  For the moment at least, Oxfam are in the same doghouse as the consultants.  And yet,  ….

I never thought I would feel a twinge of sympathy for Oxfam, but I do.  Would I have done anything different if something like that had happened on one of our projects?  Is it not conceivable that DFID strongly encouraged them not to wash any dirty linen in public?  Would I not have found it difficult to justify firing people for what they did in their own time?  On top of all that, I can see this becoming yet another excuse for the right thinkers who dominate development discussions to avoid looking at awkward questions about how aid works, or does not work.  Is there no journalist with the curiosity to look at what Oxfam was doing in Haiti and tell us whether, perhaps, all the poor behaviour was at least offset by some good work done? I have seen nothing like that but it is an essential part of the story.

One other question leaps out of the Oxfam story.  Why were they employing a 68 year old Belgian freelancer to manage a high profile programme in a difficult situation?  Why were the NGO’s brightest and best not out there at the battlefront, helping some of the poorest and most vulnerable people in the world?

The answer is simple.  Any development consultant will tell you that finding capable and energetic team leaders is close to impossible; and those who are good can pick and chose where they go.  The problem is compounded by modern HR standards which make it impossible to insist that staff go where the organisation needs them. Gone are the days when my old employer told me to take my wife and two young children to Bangladesh or resign.  Luckily the Bangladeshis did us all the favour of rejecting my CV.  Otherwise my life might have been quite different.  Just as the Oxfam story might have been different if it had a policy that only internal staff would manage difficult programmes and made whatever arrangements were necessary to make that happen.  The trouble is that DFID would then no doubt tell them that it was costing too much and that they were behaving like greedy consultants.  And so the merry-go-round rattles on.