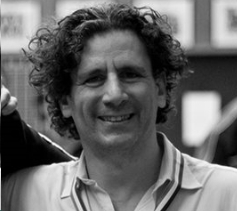 You may have read about the £20m black hole discovered last week within Patisserie Valerie Holdings, an AIM listed company that at the beginning of the week was valued at £450m.   Not too much to worry about, one would have thought, after all they are talking about less that 5% of value.

To put this into context, however, while the valuation may have been £450m,  its theoretical break-up value was far far less.  In fact in May of this year,  the Company announced its interim results as at 31 March 2018 at which time it declared a Net Asset Value of £102m (£84m if the prudent investor discounts intangibles) after taking into account total  liabilities of only £6m.

Still even with a break up valuation of £84m,  an unexplained discrepancy of £20m is nasty but with  a fair wind still manageable, provided that the bank will play ball.    In situations like this it is normally the bank who hit the panic button  immediately withdrawing borrowing  facilities and thereby triggering an Administration.

An examination of the Companies House Register of Charges shows that three fixed and floating Charges held on the Company’s assets were taken out in favour of HSBC in 2006 and a further Charge in 2007. Three of these charges were satisfied in 2014.  A further charge was satisfied on Thursday 11th October 2018, the day after the news story broke and before the Luke Johnston rescue package was announced.

One of the duties a shareholder can expect non-exec directors to perform is to ensure that this type of loose paperwork is tied up and it is in this process that anomalies are often discovered.  So shareholders could ask the Directors why has it taken them so long to tie up this type of loose end, and, whether there are any other loose ends that could be indicators of potential issues.

Hiding losses is hardly new, but what makes this one different is that while most of the schemes hinge on a loose interpretation of accounting rules, such as booking transactions too early, it appears that in the case of Patisserie Valerie, cash balances were misstated.   This makes the arrangement far more vulnerable to discovery, as confirmation of cash balances are a phone call away from an unimpeachable source, and they are unambiguous.

Hiding a growing loss which eventually constitutes 24% of your breakup value over the long term takes almost superhuman skill and nerve even in a zero compliance environment. At the very least you have to pull the wool over the eyes of colleagues within your accounts department.  To bring this off in a modern compliance environment, with internal audit, external auditors, audit committee and a savvy executive chair with impeccable domain experience, is pretty close to impossible, especially when the whole miasma can be blown apart by someone insisting on looking at the bank statement(s), or even performing a cash reconciliation – in what is essentially a cash business.

So if we discount the possibility that this loss accumulated over a long period of time, then an event must have recently occurred which could fundamentally change the outlook on the Patisserie Valerie business model; if that was the case why would the Finance Director hide it from his Board, opening himself up to the loss of his reputation at best?   No doubt these questions will be addressed in due course by the investigation.

Luke Johnston has injected £20m into Patisserie Valerie with surprising speed, albeit £10m is in the form of a loan which, even on an adjusted balance sheet, is pretty much bulletproof.  The balance will be repaid when the company raises money from its shareholders via a sale of 31m shares at 50p each, of which Mr Johnston’s allocation of 11m shares has presumably already been agreed.     However his robust action and support could be seen to protect his 39% holding, which when the shares traded at around 430p before the problem emerged, was worth £165m.

On the face of it Mr Johnston could be facing a loss of 380p per share on each of his currently held 38.6m shares.   Then as a buyer at 50p per share (which as the largest shareholder he must be for the fund raising to succeed) he could end up with significantly more than his existing holding if other shareholders do not share his faith.  In fact if no-one else took up their rights (and Take Over Rules permitting)  Mr Johnston could end up with up to additional 30m shares taking his holding from 38m to 68m or 52% of the enlarged share capital at a cost of £15m, whereas the previous week such a move would have cost him closer to £60m.

In such a hypothetical case, with one dominant shareholder the company would be unlikely to attract  new institutional shareholder support going forward,  and would be likely to lose the limited support it has,  and one could see some strong arguments emerging for the company to delist and become private in the medium term.

So it is hard not to admire Mr Johnston’s quick thinking, and ballsy approach in turning what could have been an uncomfortable loss of £140m on his holding into a win-win situation, providing of course that the black hole is a one off and not the shape of things to come.