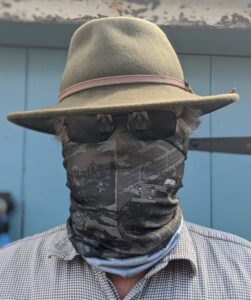 You…Tory, you” thrown out with a snarl, is a recognised insult in certain circles, as it has been for three hundred years.  “Tory” generally became a word of political abuse during the American War of Independence, but its origins go back to Cromwellian Ireland, when the Tories were Irish rebels who funded their anti-government activities through cattle stealing.  (Whigs were much the same, but Scottish.)  The anti-American independence forces in the UK, forces of traditionalist backcountry views and behaviour, became known as Tories.  They made the clever move of adopting the name as a mark of honour and so Boris would not be at all dismayed if you yelled “Tory” at him, even if he is more prosaically if accurately, (or perhaps not, the way things are going), a Conservative.

“Whig” died out early as a term of abuse, morphing into liberalism and the Liberal Party.  The two were conjoined as just that for most of the C19th and the first half and more of the C20th.  Then liberalism somehow went a bit wrong, slipping its liberal liberating moorings and slowly departing, drifting almost, into the siren channels of socialism.  But not, we concede, into the further reaches of Trotskyism, or to join the Stalinists, or even Corbynism, all good terms of abuse borne with pride by those fighting on the opposite shore (there’s a potential PhD dissertation lurking among the rocky shoals of left wing epithets).

So “Liberal” moved away slowly from its traditional application of those who wanted less government, lower taxes, reduced regulation, less restrictive moralities, and greater individualism.  It became instead a mark of superior civilisation; those of a liberal persuasion were seen, certainly by themselves, as better educated, profounder thinkers, deeper read, of finer tastes, a rather superior race in the nicest possible way; travellers, not tourists.  Nothing wrong with that at all; the peaks of an open well educated western democratic society.

The result of that civilised high-mindedness was perhaps inevitable; it is a short step from being at the apex of civilised behaviour and thinking, to wishing your special accomplishments and insights on to your fellow citizens.  And, again, nothing much wrong with that. Government by intelligent enlightened educated people of taste and discernment should be better than the alternative.  And that is what the UK had, from 1945, until now.  (We’ll come to that “now” later.)  Labour liberal governments and Conservative liberal governments, though never a Liberal liberal government.  That was because the new liberalism, that always trending leftwards liberalism, had won out so thoroughly that it removed the need for Liberalism at all.  The poor Liberal Party just had no place to go, nothing new to say, no policies that could distinguish it from Tweedledum a bit to the right, and Tweedledee a bit to the left.

You might argue Thatcherism was a diversion from the course of new liberalism and indeed it was, the Tory Party taking up the cause of old Liberalism to bring about a rebirth of Britain.  Mrs T was no liberal, but she was a libertarian and that is the label we should now apply to those lineal descendants of C19th liberalism.  Mrs Thatcher was though, a Conservative as well, in her personal beliefs and social values.  (She was very tolerant of those of more progressive views and behaviour, which always took aback those who believed her a reactionary).  But once the lady was gone, the Tory liberals soon started digging away at the foundations of this reappearance of Liberalism and life returned to normal, with Major and Blair almost indistinguishable from each other, at a philosophical level anyway.  Corbynism might have also been a repudiation of the liberal establishment, flowering briefly, like bamboo, and now vanishing as Sir Keir remakes his garden of civilised agreeability.

But liberalism forgot that it required consent, that it had to bend on some things to maintain the popular will.  It became convinced that it was always right; it must always prevail.  Not just here of course.  The first shock was in the USA; the liberal dominated Republican Party found every agreeable civilised presidential candidate rejected – and Donald Trump, the ultimate populist, sidling into the White House. In France M. Macron pretended to be a populist – until he arrived in the Elysee, ripping off the mask to show the liberal establishment was still in charge.  Maybe not a smart move…

In the UK it was the Referendum wot did it for liberalism.  We won’t rerun that debate again, but the populists won and once out of the closet, the politicians had at least to pretend (often not very well) that they had learnt that centralist moderation was over for a while.  So what is happening should not be unexpected.  In playground and university debating theatre, from gentlemen’s clubs to football grounds, “liberalism” is turning into a term of abuse.  To the diverse Left it is the smug settled voice of the establishment, that has done little or nothing for anti-racialism and LBGT and Cancelling, the voice of compromise and inaction.  To the Right, it is the soft pathetic spectre of failure to encourage new capitalism, and a sense of nationalism, and maintain traditional social values.  Liberalism controls the Civil Service, large parts of education (especially tertiary education), all of the BBC, and swathes of politicians – Remainer politicians are the still beating (just) heart of the liberal establishment.  Oh yes, and much of the law, all of the Supreme Court (except Lord Sumption) and Lady Hale is its hand maiden.  To call somebody a “liberal”, especially from the left, really is a calculated insult.  It’s pretty rude from the Right as well.  Mr Trump deploys it powerfully, listen to him spit the word out.

Liberalism was the old way, and so the anti-liberals might say, as they spit, it was tolerable so long as it worked.  So long as it delivered the economic goods, did not frighten the social horses, and at the core points obeyed the popular will.  But now we have populism, which is neither Liberal or liberal, or even freedom loving.  Liberalism was based on a sort of rationality (whilst populism is largely based on often illogical and contradictory emotion) that balanced the brute will of the majority against the proper interests of various minorities.  It allowed that the rich should continue to be rich.  Tax was kept as low as was sensible to pay for government expenditure to maintain the lives of the poor; prudently, government expenditure was that amount which ensured the preservation of the state without too much rioting.  Social radicalism was encouraged so long as it did not roll on too fast.  Foreign policy was based on a melding of UK self-interest and generous handouts – usually to liberal favoured causes.

Mr Johnson is a liberal, but he recognises that the liberal state is under great threat.  If those forgotten northern towns and cities do not get a bigger share of what goes on in the far south-east of England then trouble will grow (Scotland is probably already a lost cause, however many tartan face masks Cabinet day trippers don).  Somehow he has to look populist, to convince the Red Wall he is one of them.  But at the same time he must conciliate those in the ruling establishment that he is a civilised man, that European liberal values are safe in his hands.  He so far is doing a surprisingly good job, Covid19 troubles not withstanding.  But if you shout “liberal!” at him at his next photo-opportunity, do not expect a friendly smile.