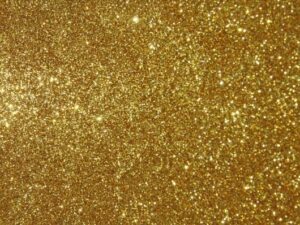 Here we go again. Uncertain and volatile markets have prompted a chorus of advocates of gold as the ultimate “safe” investment. The price has surged to almost $2,000 an ounce and analysts are talking of much further upside potential. The desire to seek refuge in a real asset rather than a potentially worthless piece of paper such as a share or bond certificate, or a digital representation in an online account (that lurks in the ether ready to evaporate as quickly as a credit downgrade), is not new.  That desire now has further impetus due to the potential inflationary impact of relentless central bank money printing. Why not own something that transcends governments, currencies and national boundaries, which can be put in a suitcase and carted off to your nuclear bunker? There is a very good reason why not. Gold is an almost totally useless piece of yellow metal that should have no place in a modern diversified portfolio.

First let’s consider the arguments of the proponents. The dollar has long been considered to be the closest thing to a global currency and a safe haven when the global economic outlook turns bleak. This time, however, there has been an additional and growing concern regarding the $1 trillion expansion of the balance sheet of the US Federal Reserve and other central banks, largely through quantitative easing (effectively printing money to buy government and corporate debt). The issuance of debt to pay for crisis measures, creates an incentive to allow inflation to rise thereby eroding the real value of that debt over time, and the purchasing of that debt with freshly minted currency helps to generate that inflation. Desperate times call for desperate measures, but the net effect is to dampen any enthusiasm for holding any currency if it is in the process of being debased. Gold on the other hand cannot be created at the whim of a central bank and hence has attracted a lot of recent demand. The price of gold is up around 25% in the last six months – a very good alternative to the Dow Jones (down 8%) and FTSE (down 18%), and clearly a return well above the (so far modest) level of inflation. Investors have done very well holding US government bonds (10 year yields are 1% lower over the last 6 months) but, with interest rates almost as low as they can get, bond total returns are likely to be very modest going forward. With continuing cries for more borrowing and further QE the supporting factors for gold seem to be in place for some time. For this reason Goldman Sachs have increased their price forecast to $2,300.

There is no doubting that a bet on gold has been a very good way of offsetting the poor performance of many other asset classes over the pandemic crisis. However, the argument that it will continue to do so is flawed and the view that gold is a good inflation hedge is empirically dubious. The problem with gold is that it does not produce any kind of yield. The only point of buying it is an expectation that the price will increase. Bonds and equities on the other hand do produce an interest rate or a dividend and reward you for the risk of owning them, and equities in particular have tended to perform well against inflation.  As for the inflation hedge part, this really does depend on the time frame being considered. Clearly anyone who bought gold at the 2015 low would be very happy and will have almost doubled their money. However, those that were sucked in by the last bull-run in 2011 will have seen a less than 5% return. Not only is this much worse than returns from equities and bonds, it is a long way behind inflation and would leave the holder of gold around 10% poorer in real terms. Looked at over a 10 year period, gold has broadly been in a range of $1,000 – $2,000. Do you really want to risk buying an asset at a peak?

It is all very well to caution against buying gold, but one needs to come up with an alternative haven to counter central bank and government profligacy. One option might be Bitcoin and it would certainly satisfy some of the concerns related to the currency. However, the Bitcoin price remains very volatile and more likely to lead to sleepless nights. The other alternative is to look at bonds that offer returns linked to inflation. The US, UK, Japan, German, France, Italy and many other countries all issue government debt whose coupons and redemption amounts are linked to domestic inflation. While demand for these bonds, as with all government debt, has been exceptionally strong and real yields are generally negative, the protection offered means that at least you will be able to forecast your future spending power with some confidence. If you are concerned about having exposure to just one country’s debt in particular, it is possible to buy products that give exposure to a basket of global inflation linked bonds via an Exchange Trade Fund. In some respects the very existence of these bonds is a check on government behavior – they can’t inflate away debts that are linked to inflation.

According to the investors put a record $40 billion into gold-backed ETFs in the first half of this year. The early cohort that took a punt on gold has done very well, but the point being made here is that gold should only be viewed as that, a punt not an investment. Beyond that the metal has limited use. The Prince of Morocco, in The Merchant of Venice, said: “All that glitters is not gold”, and at this point in the price cycle even gold has lost its glitter.