A wealth tax may be inevitable. 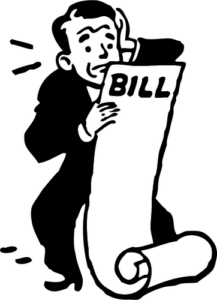 The UK is in distinct danger of living on the “never-never”- borrowing vast amounts of money via debt issuance of a very long duration, with little thought as to how it will be paid back. As estimates of the ultimate cost to the government of the current crisis have ballooned to £300bn, not surprisingly the debate over who will cover the bill is becoming noisy. Who should pay? Large corporates? Individuals? Or no one?

So far it looks as if the UK government will borrow at least £220bn more than originally forecast this year. Around £140bn to cover the cost of the measures announced to help businesses and employees through the crisis, and £80bn to cover the expected shortfall in tax revenues due to the sharp fall in economic activity. In the short-term, raising this money will not be a problem, principally because the Bank of England is buying vast quantities of government debt via its latest quantitative easing programme to stop inflation staying below its 2% target, while institutional investors are parking money in the safe heaven of government bonds until the storm blows out. All of this means that the government is able to borrow at exceptionally low interest rates (0.6% for 30 years).

The Treasury is well aware that this cannot go on forever. At some stage the economy and inflation will stabilise, negating the need for further QE – and ultimately the Bank of England will start to unwind its holdings, leading long-term interest rates to rise. Further, the rapid increase in our National Debt will be of concern to ratings agencies and, if concerns arise regarding our ability to service the debt, international investors could start to shun UK government bonds. We may be able to borrow cheaply now, but we can’t rely on real interest rates to remain below the growth rate of real GDP, and run the risk of creating an onerous legacy for future generations.

These constraints mean that, even before the government has finished building its portfolio of support (this week they considered raising the loans cap for businesses), consideration needs to be given as to how to find the money that is being spent.

The starting point for raising tax revenue may be to take a look at those who have received most help during the crisis. So many companies have been able to remain in existence due to the furlough scheme; there must be some price to pay, in the same way that the government went after bank revenues following the 2008 crisis. On the face of it this would not be unpopular. A recent YouGov poll showed that 53% wanted companies to pay an excess profits tax. The problem is one of timing, with a real danger of tipping a faltering economy back into recession if done too soon. Some measures could start earlier, the think tank Bright Blue has suggested that, from August, larger employers should have to contribute at least 20% of an employee’s wages to access the Job Retention Scheme. This would at least generate some tax revenue.

How much of the tax burden is likely to fall on individuals? A leaked Treasury document points to tax rises being inevitable. Raising income tax itself is not seen as an easy move and flies in the face of the Tory manifesto. It may, however, be possible to scrap the upper earnings limit on National Insurance. Currently employees pay 12% on their earnings between £9501 and £50,000 and 2% on income above this. Making the rate 12% overall would raise a lot of money and, if the starting point was raised to the same level as the personal allowance (£12,500), it could be a way of favouring the lower paid.

The two other ways in which we are likely to pay are via pension changes and wealth taxes. Regarding pensions, ending the triple lock could save considerable revenue; particularly as inflation is now well below earnings and 2.5%. However, the bigger move would be to scrap pensions tax relief for higher earners, which cost the government £38bn in 2018/19. That leaves wealth taxes. Such a move might be seen as running contrary to Tory party ethos, but in the same YouGov poll 61% approved of a wealth tax for those with assets worth over £750,000. It wouldn’t have to be permanent – the Future Economies Research Centre calculates that a one off levy of 2% on UK household’s net wealth would raise the £300bn needed to cover the cost of the crisis. Structuring such a tax would not be easy, and there is a real danger of hitting those that are asset rich but cash poor – especially those who are retired, living in properties that have increased in value substantially. Nevertheless, if this tax were to be described as an NHS surcharge it might still receive sufficient popular support.

Companies, individuals or no one?  Over the next year or so, while the economy remains in a precarious state, and financing the budget deficit is cheap, the answer must be the latter. The numbers are vast, but the risks of deepening or extending the recession are too great. We could hope for an extended period of above trend growth that would generate tax revenues to pay the bill. However, this would be wishful thinking given that, globally, below trend growth could be the norm for some time. We must realise that, there is a bill to be paid and companies and individuals need to be adequately prepared to foot it.