We need to talk about Brexit.

The days when Brexit was the main subject of news, dominating all forms of media, are a distant memory.  At the moment it is almost impossible to escape news, and non-news, about the coronavirus.  To find out anything about the Brexit negotiations one has to turn to page 12 or beyond in a newspaper or wait until the end of news bulletins for a brief snippet of information about the ongoing talks.  However, the information is out there if you are interested, and we should be.  The outcome of discussions with the EU is going to shape life in the UK just as much, maybe more, than how we extricate ourselves from lockdown and how we pay the horrendous bill run up by the country as a result of the pandemic.

As we all know, Brexit happened finally on 31st January this year.  We are nevertheless in a transition period until the 31st December.  The idea was that by that point we should have agreed a trade deal with the EU.  Talks, which were suspended in March because of the coronavirus situation, were resumed at the end of April after a six week break.  The British government has made it clear it does not wish to seek an extension to the 31st December deadline.  This has shocked those who have always feared a so-called ‘no-deal Brexit’, including civil servants who were members of the now defunct Brexit department.  A Guardian article of 24th April set out an overview of those involved and the areas to be discussed during the forthcoming meetings.

Nearly a month later, on 17th May, Roger Bootle, a leading City economist and a member of the recently-established think tank The Centre for Brexit Policy, revealed in a Daily Telegraph article that a report had been published by the think tank arguing that a delay would not be in the UK’s interests.  In his article he enumerates the reasons why this view has been taken and explains that the coronavirus crisis has revealed the weaknesses at the heart of the EU; weaknesses which mean ‘the balloon could be about to go up’.  If this really is the case, the sooner we can extricate ourselves from the impending train crash the better.

Earlier this week, the Government published (inter alia, see below) a draft fisheries agreement, as Michael Gove told parliament that “Access to our waters will be on our terms”.  Fisheries has long been one of the most contentious areas, but the failure of the UK up to this point to produce a full legal text giving details of how it envisages managing its new status as a coastal state has meant that the teams have been negotiating the EU’s text, not the UK’s.  The EU negotiator, Michel Barnier, has warned that Brussels will not agree a free-trade deal without a fisheries agreement.  The EU basically wants to continue with the present arrangements for fishing, which the UK regards as unacceptable for a sovereign nation.  Whilst France has been calling for a fisheries agreement to last for 25 years, the UK has proposed an annual re-negotiation on the basis of ‘zonal attachment’* with sustainability at its core.  This would be similar to the agreement Norway has with the EU. 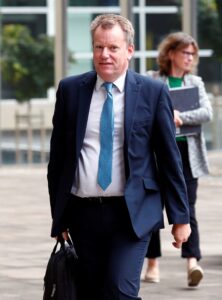 The UK draft trade agreement published this week (the EU apparently published theirs in full two months ago) also highlights the gap between the two sides over the EU’s plans for a ‘level playing field’ on the environment, tax, labour and state aid, with Britain arguing that this would tie us to Brussels rules and that such regulations are far more stringent than would be normal under a free trade agreement.  This week in a four-page letter to M. Barnier, the UK’s chief negotiator David Frost pointed out that what was on offer currently from the EU was “not a fair free trade relationship between close economic partners, but a relatively low-quality trade agreement coming with unprecedented EU oversight of our laws and institutions.”  He dismissed suggestions that ‘proximity’ was a reason for needing such level-playing field terms as ‘novel’ and pointed out that the US and Canada ‘trade together through a trade agreement without provisions of the kind the EU would like to see’.

June 30th is the deadline for extending the transition period, but with the line being taken by the Government at the moment, it looks unlikely that any request to extend beyond 31st December will be made, even if that means we leave without an agreed deal.  As Michael Gove has charged the EU with not properly recognising the UK as a sovereign nation, Spain’s Foreign Minister Arancha Gonzalez accused the UK, in an interview with Radio 4’s Today programme, of ‘posturing’ and of wanting to enjoy the benefits of membership without being a member.

At this juncture, there would appear to be little the general public or the media could do to influence the fourth round of talks which start on 1st June, so do we really need to talk about Brexit?  Well, given that, as we know, the voice of ‘the public’ is increasingly of significance in influencing government decisions these days, perhaps it is important that we do all start talking about Brexit again.  Already fishermen have made their viewpoint clear – they want Boris to stand his ground.  On immigration, (which of course we will once again be in charge of outside the EU) public attitudes towards care workers and other ‘low-skilled’ workers since the Covid-19 crisis has caused senior Tories, as well as Labour, to question ‘rushing through’ the new points-based Immigration Bill, which passed its first reading on Tuesday (by 351 votes to 252).  It is due for its second reading on Thursday.  Although there is a promise of a fast-track NHS visa, there is so far no provision for lower paid workers who may be needed (the bill as drafted requires meeting a salary threshold of £25,600).  As the proposals are not yet all ‘fleshed out’, public opinion on this issue is likely to play a role as provisions are finalised.

According to Change.org, ‘When such important decisions are being made about our families, our health and our jobs (as a result of coronavirus – Ed) we all need to have our voices heard’.  Whether or not you agree that this is how the country should be run, there is no doubt that individually-generated petitions of the sort supported on the Change.org website can be powerful in influencing policy.  A London mother, Lucy, who called for the right to opt out of sending children back to school, ended up appearing on mainstream news after setting up her petition and the Government has been forced to respond.

This government has been voted in with a massive majority ‘to get Brexit done’, but how it is done may well still be up for discussion.

*for a more detailed look at what this actually means see the seafood business news Undercurrant.