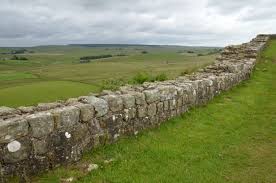 If you thought Brexit was the big political divide, spare a thought for Scots going to the polls next Thursday.  As well as Leave/Remain, we also wrestle with Yes/No (where we stand on the issue of Scottish independence).

Apart from the don’t knows and don’t cares, Scots can all be sorted into one of four boxes – we’re anti-Brexit/pro-independence, anti-Brexit/pro-UK, pro-Brexit/pro-independence, or pro-Brexit/pro-UK.  Of course, other issues intrude, but not so many as in England since major policy areas that normally agitate voters are devolved, including education, health, and policing.  The SNP rail against the alleged selling-off of the NHS to the Americans under a future Conservative government but the Scottish NHS is under the control of the Scottish parliament, not Westminster.  The main direct impact of UK policy in devolved areas, incidentally, is that if the Westminster government increases its funding in England, we also get a proportionate increase (‘Barnett consequentials’, since you asked) although the Scottish government is free to spend the money how it likes.

The SNP have nailed their colours firmly to the mast of continued EU membership.  So if you’re anti-Brexit/pro-independence, a vote for the SNP seems logical.  The only alternative in the 22 constituencies out of 59 where they’re standing might be the Scottish Greens (known unkindly as the gardening arm of the SNP), also anti-Brexit and pro-independence, although they will not win any seats under the first past the post system.

If you’re anti-Brexit and pro-UK, the logical choice might be the only party committed to both positions – the Liberal Democrats, whose leader Jo Swinson represents a Scottish constituency.

If you’re pro-Brexit and pro-UK, the Tory party beckons, although many have doubts about what it has done to itself over the last few years and about the character of its leader.

For everyone else, there are dilemmas and, perhaps, compromises to be made.  How, for example, do you vote if you are pro-Brexit/ pro-independence? While the SNP itself is firmly pro-EU, a Lord Ashcroft poll after the 2016 referendum estimated that 36% of those who’d voted SNP in the previous 2015 general election had also voted to leave the EU. The potential numbers mean this is no trivial matter and a minority of senior nationalists have been vocal in their denunciation of the European Union; one, Jim Sillars, a former SNP deputy leader, even campaigned for Brexit in 2016.

The fundamental point is that Scottish voters are confronted with two issues that many see as existential.

How does all this play out in practical terms? Take my own case.

I regard myself as a small ‘l’ liberal with a slight but not invariable leaning to left of centre. I’m strongly pro-UK and broadly sympathetic to the EU.  I respect the result of the 2016 referendum but am uneasy at many aspects of the Brexit deal currently on the table.  There are four candidates standing where I live – Tory (replacing the previous incumbent: I voted reluctantly for him in 2017), SNP, Labour and Lib Dem. On the basis of recent trends and current polls, only the SNP candidate has a chance of beating the Tory.

When I turn to the respective candidates’ literature, I find the Tory doesn’t say much more than he will stand firm against a second independence referendum.  The SNP candidate will ‘battle against Scotland being removed  from the EU against our will’ but in this pro-UK area can’t bring himself to use the words ‘second Scottish referendum’ or ‘independence’, merely falling back on the anodyne claim that he will ‘fight for Scotland’s future to be in Scotland’s hands’.

Because I value being part of the UK above EU membership, my choices on Thursday are limited to voting for a party that is not my natural home (Conservative) or for one of two (Labour or Lib Dem) who have little, if any, chance of winning this seat.  Choosing the latter would make it more likely that the SNP win the seat, adding to what they hope (erroneously on current polling?) would be their bargaining power in a hung parliament.

Across Scotland, it does look as if the SNP will gain seats, although not as many as they achieved in 2015 (56 out of 59).  Currently, they hold 35.  They will undoubtedly use this to claim a mandate for another independence referendum. But even in 2015 the first past the post system meant they still got all those seats with under 50% of the popular vote.  The only saving grace of casting my vote for Labour or Lib Dem would be that it at least counted as a pro-UK vote to be weighed across Scotland with all those, whatever the distribution of seats, who are against separation.

My own dilemma reflects the general propensity everywhere to tactical voting: people voting as much to keep another party out as for the policies of the one they vote for. In that context, even a handful of votes can determine an outcome and Scotland has a disproportionate number of marginal seats. On results night, look out especially for Perth and North Perthshire where the SNP incumbent has a majority of 22 and is vulnerable to the Tories, and North East Fife, where the SNP are hanging on by a knife edge of 2 votes with the Lib Dems breathing down their neck.

Assiduous readers will notice I’ve said little about the Labour party. They are struggling in Scotland. It’s even possible that they might lose all seven seats they currently hold. As well as all the issues that confront them nationally they have been ambiguous about their attitude to a second Scottish referendum and polls suggest a substantial minority of their members might vote ‘Yes’ in another referendum. But they are unlikely to take votes from the SNP, while their ambiguity on the constitutional question has not endeared them to pro-UK voters.

None of this says anything about life beyond the election.  The SNP, of course, remain committed to their overarching aim of independence through another referendum on the subject. The Conservatives have said that if they win the election they will not agree to a referendum, Labour (perhaps …) that they wouldn’t agree to one for two years.  Meantime, the trial of former first minister Alex Salmond on fourteen criminal charges (ten of sexual assault, two of indecent assault, one of sexual assault with intent to rape and one attempted rape) is due to begin on 9th March next year.  He maintains his innocence but whatever the outcome, there may be related issues for Ms Sturgeon of what she knew about the allegations, when, and what she did about what she knew.  Her window of opportunity after the election to drive her one political goal may be limited for some time.

All added complications voters elsewhere in the UK don’t face.