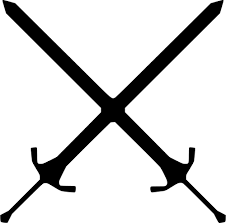 Now at last we get to some dates you can really use.  The Wars of the Roses, between two cadet lines of Plantagenets (after all, they were all male-line descendants of from Edward III) is the subject of some of Shakespeare’s finest plays.  That means that they will from time to time be put on in a theatre near you.  What an opportunity to show off your knowledge of dates to your friends!  You know the sort of comment: “Tottenham have never really been any good since Hotspur was killed in 1403.”  A man or woman of learning, they will say, but remember that credit of that sort has to be earned and, under the rules of the game, you have to remember the dates of each king and a single event (to be chosen by you) of each reign.

You reap what you have sown and Henry, having grabbed the crown by rebelling against his cousin Richard II, was at the receiving end of several rebellions himself, the most spectacular being that led by Harry Percy (better known as Hotspur and commemorated in the name of Tottenham Hotspur Football Club).  Hotspur, the son of the Duke of Northumberland, was killed, together with his uncle, at the Battle of Shrewsbury.  It was a closely fought encounter with the Royal forces sustaining more casualties than their opponents and the Prince of Wales (later Henry V) picking up a dangerous arrow wound to the head.  Still, the death of Hotspur clinched it and, yes, there was a Bardolph, although he was a lord on the side of the rebels.

Henry had been told that he would die in Jerusalem but it turned out to be mere travel agent’s puff.  Actually he expired in the Jerusalem Chamber of Westminster Abbey.  What about:

We are well into Shakespeare now, with Henry trying to distract his rebellious subjects with a highly successful invasion of France.  By the end of his reign he had married the charming Catherine of Valois, daughter of the half-mad Charles VI of France and become both Regent of France and heir to the French throne.  What about:

Agincourt 1415, the key victory which made his position on the continent unassailable.  There was more fighting afterwards but this is the big victory on which Henry’s success was built.

Treaty of Troyes 1420, which secured for Henry the Regency of and succession to the throne of France, not to mention the hand of Catherine.  It was the implementation of this Treaty which, on his death, saw his son crowned at Notre Dame as King of France, a title disputed by the Dauphin, who was crowned as Charles VII at Reims, from territory he retained about the Loire.

Henry had a number of disadvantages: becoming King at the age of nine months, he only began to rule after 15 years of not very competent regency; the French Dauphin received divine aid in the shape of Joan of Arc; from 1452 onwards Henry suffered from periods of madness; and the House of York, another branch of the Plantagenets but junior to the House of Lancaster, was ready to step in as soon as things went wrong.  What about:

The Relief of Orleans 1429.  This was the watershed in France and, had the city been captured by the English, Charles VII would probably have been finished.  It looked likely to happen too until Joan of Arc showed up and relieved the city by an apparently hopeless route.  From then on God fought for the French until, by 1453, all of France except for Calais was lost.

Battle of Towton 1461 when Edward, Duke of York, defeated Henry’s forces to become King Edward IV.  Henry was by then quite mad, his cause being maintained by his formidable wife Margaret of Anjou who escaped with him to Scotland.  He was captured in 1465.

Henry’s restoration, 1471.  In a coup masterminded by the Earl of Warwick (“the Kingmaker”) Henry returned to the throne, by now far too mad to rule.  It was brought to an end at the Battle of Tewkesbury in 1472 when Henry’s only son was killed.  Henry’s subsequent murder extinguished the male Lancastrian line.

Edward was the other side of Henry’s coin, coming to the throne each time Henry was deposed and dashing off into exile when Henry was restored.  What about:

His secret marriage to Elizabeth Woodville 1464 which undermined the Earl of Warwick who later that year was still negotiating his marriage to a French princess.

The first English Printing Press set up by Caxton in 1476.

King at 12, wicked uncle appointed Lord Protector, it was bound to go wrong and it did. Edward was deposed by his uncle who became Richard III and he was subsequently murdered in the Tower with his brother.

The only relevant date is 1483, that of Edward’s accession to and removal from the throne.

With no male Lancastrians left and as the last male Yorkist, you would have thought that Richard could put his feet up and enjoy a gin and tonic, followed by a holiday somewhere nice.  But no, lurking in the family tree was the formidable Lady Margaret Beaufort, Countess of Richmond, a direct descendant of John of Gaunt, grooming her son Henry Tudor to make his bid.  Richard’s defeat and death at Bosworth Field marked the end of the Plantagenets and the beginning of the new Tudor dynasty.

Again only one real date, Bosworth Field 1485 when Henry Tudor won despite much larger royalist forces.  Still, yes, Shakespeare has it right.  The Stanleys changed sides, possibly because by then a Stanley was Lady Margaret’s third husband.