Stealthy on the Wealthy

Capital Gains in the Cross Hairs 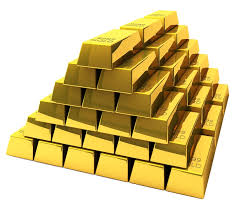 If you want to test the voter impact of a policy, do so at arm’s length. For some time governments have used independent bodies to review potential reform and let the response to the ensuing reports dictate what they can get away with. So it is then with the recent Office of Tax Simplification review of capital gains tax. The problem is, that their recommendations may be better vote winners than they are effective policies.

The government is desperate to find ways of filling the vast and ever increasing fiscal hole being created by the pandemic. Covid-19 has had the biggest impact on the poorest elements of our society, so the obvious solution would be to tax those that have the most resources to spare. However, while a 2% tax on the nation’s assets would just about cover the current requirement, the dangers of instituting a wealth tax with the economy in such a fragile state are just too great. Such concerns might be negated if a wealth tax via the backdoor can be found by addressing possible anomalies in the tax system. Hence the decision to authorize the review of capital gains tax.

On the face of it the suggestions that the OTS have produced make good sense. The current CGT allowance is seen as generous (at £12,300) and, for many, the difference between income tax and CGT rates do not make sense. Basic rate taxpayers pay 10% of gains after the allowance and higher rate taxpayers 20% (or 18% and 28% for gains on residential property). This compares with much higher rates on income tax of 20% at the basic rate and 40-45% for higher rate taxpayers. Not only is this anomalous, they argue, it also distorts business decisions, incentivising the recharacterisation of income as capital gain within a business. HMRC estimates that a reduction in the allowance, and a greater alignment of the 2 tax rates, could produce an additional £14bn in revenue per annum. In practice this sum is likely to be smaller as behaviour would change, but even a modest percentage would be useful to the exchequer at a time when it is most needed. The Institute for Fiscal Studies has calculated that the Treasury needs to find £40bn per year in tax increases and spending cuts – this could be a way of avoiding those spending cuts.

So what is not to like? The main issue is that, like any other more explicit wealth tax, there could be a hit to the economy. Further, the problem here could go beyond the short-term shock of a simple one-off wealth tax, leaving the economy hamstrung in perpetuity.  The danger of taxing entrepreneurship is that you discourage entrepreneurs. Without the profit and reinvestment incentive, James Dyson might still be working for a boat designer, Paul Smith at a clothing warehouse and Jim Ratcliffe at Courtaulds.  Convincing business owners to reinvest in their business is key to improving productivity and economic growth. If they think that the risk reward is undermined by the tax rate they will not do it. Similarly, external investors need to be encouraged. Private equity in the UK is already significantly more risk averse than similar businesses in the US, meaning that a lot of potential winners don’t reach the start line. They need more support rather than less.

The other reason for objecting to the raising of CGT rates is that it is unlikely to raise much additional tax. An example of the Laffer curve in practice, empirical academic studies suggest that, once the rate goes above 18% the CGT take starts to fall, and by the time you hit 40% it becomes negligible. Changing the rate of tax inevitably changes behaviour.

Ok, so what about just changing the rate on residential property gains? The problem here is more political, given that it hits a greater proportion of natural Tory voters – those owners of second homes and buy-to-let property portfolios. In the short term one could argue that the announcement of a future tax rise would hasten the selling of a lot of rental properties to crystallise gains at the current rate. This could increase property availability and reduce prices. The longer-term problem, however, is that the move is likely to discourage the building of property with the pool of potential buyers reduced. We could be left with a greater housing supply problem than we already have.

Would raising CGT rates be a vote winner? The move might be a populist one, but by the time we get to an election it could easily be forgotten if the economic recovery has been hampered by disincentives to invest. The Treasury has made no comment on the suggestions, beyond that they would be considered. What they have highlighted is the priority of “supporting jobs and the economy”. Nevertheless, for now it may be worth holding off buying that investment property, and putting more available cash into ISAs (where capital gains are protected). President George W Bush was once (falsely) reported as saying that:  “the trouble with the French is that they have no word for entrepreneur”. If the wrong choice is taken the word could become obsolete here.