A friend of mine needs a knee replacement.  He is in his 50s and has now been waiting for two and a half years.  Unfortunately, as we all know, this is one of the operations restricted by an NHS in financial crisis.  Apparently, until he is in a wheelchair or unable to work nothing can really be done.  Less than a month ago, the Equality and Human Rights Commission (EHRC) sent a letter to the NHS warning that it risked breaking anti-discrimination legislation unless it offered fertility treatment to transgender people awaiting transition treatment.  (Apparently fertility-threatening procedures such as chemotherapy can give rise to the right to fertility treatment).  The NHS responded by saying that it was the responsibility of government ministers, based on advice from health experts and patient representatives, to make decisions on which services were commissioned.  One question which arises from this is perhaps ‘In an overcrowded world should we give priority to treating those already living or to those who would suffer by not being able to bring new life into the world?’

The second question may be whether those of us in the ‘cis’ community need to worry quite so much about not upsetting the apparently rather over-sensitive ‘trans’ community?  Both The Guardian and The Telegraph carried articles within the last few days after the Minister for Women, Victoria Atkins, expressed concern that life-changing interventions were being sought by an increasing number of teenagers.  Her comments were measured and careful but the reaction to them somewhat less so.  It does seem that the majority now have to tread extremely carefully when discussing anything connected with this particular minority, a minority, it has to be said, which possibly constitutes some 0.3% or less of the population (statistics on this are difficult to obtain and most seem out of date). 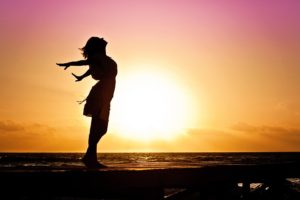 For some of us, gender was a linguistic concept, as we struggled with Latin or German (interestingly the latter has no separate words for sex and gender) and not some sort of distinction between biological sex and a social role or identity.  Indeed, it was not until the late 20th Century that the word ‘gender’ began to be used in the way it is today.  In February 2014 The Guardian ran an article advising those in the ‘cis’ community how to deal with the minefield of ‘trans’ language.  That was four and a half years ago and things have progressed rapidly; to the point where there can be few who are now unaware of the existence of ‘Gender Studies’ as a possible degree subject and lobbying for those who identify as female to be entitled to use female facilities etc, etc.

Of course it is good that individuals be respected whether or not they fit into society’s concept of ‘normal’.  However, we must not be bullied into closing down any discussion of a difficult subject.  The fact that we are now seemingly much more open to an understanding of the issues faced by trans people, whether children or adults, does not mean that this very tiny minority should carry weight in argument way beyond their numbers.  The majority, whilst no longer being entitled to mock, ignore or be actively hostile to any minority, should not themselves be shouted down if they express an opinion on that minority.  This is a dangerous trend for democracy.

Other recent news on this subject was that in the US, the Ivy League college, Brown University, has apparently backed down and bowed to pressure from activists who demanded that an article and a link to a research paper by Lisa Litman, entitled ‘Rapid-onset gender dysphoria in adolescents and young adults’, be removed from its website.  The research in question concluded that ‘peer contagion’ was a plausible explanation for ‘cluster outbreaks’ of transgender identification (in other words those who had friends who were transitioning and were influenced by social media were more likely to question their own gender identity).  The dean put the removal down to a concern about methodology and sourcing.  Online discussion groups, including the British site Transgender Trend had been used to source the parents who took part in the study.  Trans groups claim that the websites used were ‘anti-trans’.  Transgender Trend refuted that contention totally.  James Caspian, who is currently suing Bath University for blocking his proposed research into people who decide to transition, is of the opinion that the Litman research was criticised ‘by people whose agenda it doesn’t suit’.  Bath University like Brown University has cited methodology as being the issue. 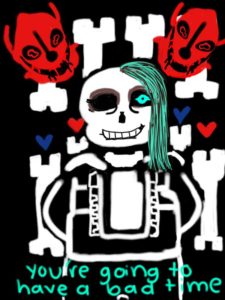 Stonewall, the organisation for supporting and empowering ‘all lesbian, gay, bi and trans people’ considers sites like Transgender Trend to be ‘extremely damaging’.  That of course is entirely their prerogative, but it is increasingly important in a world where politically-correct views seem to be the only ‘acceptable’ views, for there to be open debate and discussion.  Those who may be finding the speed with which previously widely-held views and opinions have been relegated to ‘the Ark’ bewildering should not be shouted down; nor should their views be discounted as having no merit because they happen not to chime with the latest theories and minority opinions.  At the very least, they are entitled to be heard.

In the case of adolescents and the tricky subject of gender identity and transitioning, Victoria Atkins is right to advocate caution.  She is not the first and will hopefully not be the last.  In 2016, the NHS Gender Identity Development Service (GIDS), a dedicated service for transgender children based at The Tavistock Clinic in London, reported a tenfold increase in referrals between 2010 and 2015 (up from 94 to 969).  By 2017 The Telegraph was reporting a figure of 2,069 for the previous year.  The massive increase in those professing gender dysphoria may be because society had not hitherto allowed such doubts to creep in and certainly not, in this country at least, to be aired publicly.  There may, on the other hand, as Lisa Litman’s research suggests be just a hint of ‘peer contagion’ in a world where the pressures of social media and the basic human need for acceptance (apparently present as young as two according to latest research) appear to have provided a different way forward in an increasingly confusing teenage world.

As for the old guys (and girls) with knee problems, well that doesn’t really make for interesting headlines, does it?