Food inflation is little to worry about. 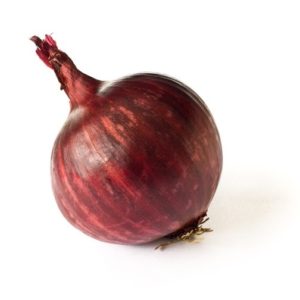 Onion prices up 40%, carrots up 80%, beef prices under pressure.  News like this not only suggests that soon a decent stew will only be eaten by the wealthy, but also that we should batten down the hatches and start hoarding food.  This would be the obvious reaction to a host of newspaper headlines and to television coverage based on a report from a consultancy, the Centre for Economic and Business Research, which chose to portray their forecast of a 5% rise in food prices as signaling a steep rise in inflation combined with severe shortages of key consumables.

Should we be concerned by the prospect of a return to 1970’s levels of inflation? Media stories such as this push on an open door of price paranoia; Brexit has been undermining our currency, oil prices have risen 50% over the last year, utility prices are rising well above inflation and wage inflation looks to be finally picking up.  The likely path for prices is, however, much less dramatic than recent reports would have us believe and there are far more important things to worry about than stockpiling packets of frozen peas, far greater issues for the government to focus on than guaranteeing the supply of foodstuffs.

The raw data shows that there was at least something on which the CEBR could base an interesting report.  Extreme weather in both the winter (the infamous Beast from the East) and the summer (record temperatures for each of the last 3 months) has had a dramatic impact on the wholesale prices of many vegetables.  Beyond the already witnessed moves in the cost of  onion and carrot prices, we are told by farmers that peas, lettuces and potatoes also face steep price rises.  On top of this the cost of wheat for bread has risen 20% and, due to grass for grazing not growing in the hot weather, butter is up 24%.  The lack of livestock feed is also likely to push up the price of beef.

All of this sounds alarming, but you could be forgiven for not really noticing the impact on the cost of your weekly shop.  The first reason is that many of the changes in wholesale prices take quite some time to flow through to the consumer, often as long as 18 months to have a noticeable impact.  Second, the impact on retail prices could be substantially less the the wholesale price moves.  Producers and retailers are likely to reduce their margins due to competition.  For domestic producers we should have some sympathy: if they pass on too much of their cost there is a real danger of retailers substituting foreign produce.  For the retailer the level of competition is undimmed, with the like of Sainsbury’s and Tesco making efforts to stem the loss of market share to Aldi and Lidl.  Although we must await further impact, the levels of food price inflation have so far been barely worth of comment.  Yes, there has been a rise, to 1.6% per annum from 1.2% in May and June, but this is well below the level of overall CPI which is running at 2.5% (down from a peak of 3.1% last year).

You might argue that looking at lagging data is irrelevant here, the key issue being the prospective rise in food prices of 5%.  This brings us to the nub of this inflation non-story – a 5% rise in food prices only equates to around an extra £7 per household per month.  Now I don’t want to belittle the impact of anything that makes it harder for people to make ends meet, particularly as it is only in the last few months that we have seen an end to a long period of prices rising in excess of wage growth.  The point is that there are a great many more significant components of household expenditure that we should be concerned about.  Many of these have been remarkably benign and even negative for some time.  The British Retail Consortium was able to finally report the first rise in overall shop prices for over 5 years, and at 0.1% this hardly signals hyper-inflation.  When one looks at non-food prices in shops they are still falling, albeit at the lower rate of 1% per annum on the latest data.

Also there are far more important components of consumer spending to be worried about.  Further rises in the cost of fuel ahead of the winter, and forecasts of rising rents due to the housing shortage are much greater issues for most people.  The expected rise in rail fares of 3.2% in January, for example, which adds around £100 on average to season tickets, has a much greater impact on many households than the forecast food price rises, and the ONS gives transport a 50% greater weighting to food and non-alcoholic beverages in their CPI calculation.

Inflation overall would be a matter of concern.  For those on below average incomes food is still a significant part of a household budget and price rises will present issues.  However, forecasts for inflation overall do not look problematic.  The Bank of England expects that, as a result of their programme of modest interest rate rises, inflation will only be marginally above their 2% target on a 2 year view.  There is always a wide range around such a central forecast but if one argues that, for example, sterling is already discounting pretty well the worst Brexit outcome, there are potentially some deflationary forces out there.  Scare stories surrounding food may just illustrate a quiet week for news.  We should of course also acknowledge that the weather is not just a UK phenomenon.  Severe hailstorms in Bordeaux, Champagne and Cognac have had a significant impact on crop yields – now that is an inflationary prospect to worry about.