Keep Calm And Carry On

Davis puts his foot in it. 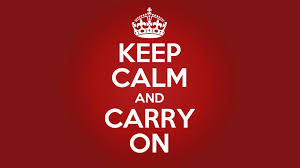 Blab, blab, blab, blab.  The ink was hardly dry on Mrs May’s agreement with the EU Commission on the three preliminary issues (the Divorce Settlement, the status of EU nationals already resident in the UK, and the Irish border) than up pops David Davis to spook the process by referring to that agreement as being no more than a “statement of intent”.  He does so at a particularly sensitive moment.  The EU negotiators may be satisfied that sufficient progress has been made but the decision to go ahead has to be ratified by the member states, and his remarks have led to some in European politics wanting the preliminary agreement to be put into law.

Of course Mr Davis is not entirely wrong.  It is indeed the Government’s position that “nothing is agreed until everything is agreed” and it is by no means clear how the promise that there will be no hard border in Ireland will ultimately be delivered.  Inevitably there is a bit of fudge and the fact that the test for moving on is one of sufficient progress rather than final agreements accommodates this.  Still, it is hardly wise to push this fact up the nose of the EU in such a public manner.  Each EU country has its own population and its own divergent press who will pick on it as evidence of Britain’s perfidy and as a reason for postponing the start of trade talks.  How on earth did Britain’s chief negotiator drop such an obvious clanger?

Before assuming that it was mere stupidity, it is worth remembering why Mr Davis holds his current position.  In its dealings with the EU, the Government has to look over its shoulder at Brexiteer headbangers who still believe that everything said by their side in the referendum campaign was realistic.  Mrs May has to carry them with her and one way of doing that was to choose a prominent Brexiteer to lead the negotiations.  If David Davis will agree to a compromise, they will say to themselves, then it must indeed be a necessary one.  Perhaps then Mr Davis’s remarks were judged for this audience and perhaps he felt it necessary to stress the fact that the first stage of the negotiations did not stand alone.  If so, he misjudged his tone, but in an area so fraught with uncertainty mistakes will occur.

This is probably just a squall, and, after a few conciliatory telephone calls, matters will proceed as before. It does, however, illustrate something about the Brexit process as a whole.  Carrying out a negotiation of this sort in the public eye and against a background of conflicting domestic agendas is very difficult. There must be similar difficulties on the EU side with disparities of views between the twenty-seven EU members.  In such circumstances proposals and ideas will get jostled in a political form of Brownian motion and the game for the Principals must be to press slowly forward ignoring the jostling pressures as far as it is practicable to do so.  That is not done by magnificent oratory and the sweep of political innovation so much as by a steady pushing forward against pressure from all sides – a little like a pedestrian finding his or her way across a crowded square.

Mrs May seems well-suited to this approach.  She may not be the most charismatic of Prime Ministers but she is conscientious, decent and not prone to drama.  Her struggle to obtain the preliminary agreement can fairly be described as “doughty” and if it is approved and transitional arrangements are agreed fairly quickly will be a fine achievement.  If she gets there she is likely to be rewarded with more public support.  We are a pragmatic bunch in the UK and pushing slowly forward day by day is something which appeals more than big political gestures.  If Mrs May lets the irritation which Mr Davis’s intervention must have caused her simply pass by, the public will understand her reasons for doing so, however much the press may chunter on about weakness and authority.  “Keep calm and carry on” say the coffee mugs and that is wisdom indeed.  As for Mr Davis, he might leave the habit of blabbing out comments without thinking to Mr Trump.  The Americans are so much better at that sort of thing.