What Is The Point Of University? 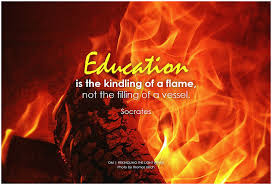 Over the last few months student loans and university tuition fees have been in the news, as well as the apparently excessive pay of a number of university vice-chancellors.  In a week when the latter subject has once again been the subject of comment, and the question of what is being done by the government to help social mobility has also re-surfaced, the National Audit Office (NAO), the Government spending watchdog, has come out with a pretty critical report on higher education.

The full NAO report, which runs to 44 pages, ‘examines whether the Department for Education is maximising the extent to which market dynamics in the higher education sector support government’s objectives’. In a statement, head of the NAO Amyas Morse stated “We are deliberately thinking of higher education as a market and as a market it has a number of points of failure.  Young people are taking out substantial loans to pay for courses without much effective help and advice, and the institutions concerned are under very little competitive pressure to provide best value.  If this was a regulated financial market we would be raising the question of mis-selling”.  Apparently only 32% of students in England consider their course offers value for money.  With the current fees in place, most will be in debt when they leave to the tune of around £50,000, after they have taken into account the maintenance loan for living costs.  What are they expecting to get out of the experience and what indeed are the ‘government’s objectives’?

On Radio 4 on Tuesday, the You and Yours programme discussed this question.  One of the very interesting points highlighted early on was the fact (pointed out by Nick Hillman of the Higher Education Policy Institute, much of whose information was apparently used in the compiling of the report) that whilst only one in three felt their course represented value for money, nearly 90%, when asked to rate their courses, actually said they were satisfied with those courses.  This immediately begs the question as to what students on the one hand and the government on the other, regard as the point of higher education.

Those of us who were fortunate enough to go into higher education in the 70s had our tuition fees paid by the local authorities and had only to find our living costs.  It was easier then to enjoy ‘learning for learning’s sake’.  For those who needed them, there were non-repayable grants.  The percentage of school leavers going on to university or higher education at that point, however, was in the order of 14% or one in seven.  As successive governments (starting with the Conservatives in the 80s) have massively increased the proportion of those going on to higher education, so funding has reduced.  By 1990 one in five, or 20% of 18 year-olds, were going on to some form of higher education.  In 1997, the Labour party scrapped the grant and in 1998 introduced a new system of upfront tuition fees and income-contingent low-cost loans.  By the early years of the millennium, over 40% of the under-30s had experience of higher education and Labour pledged to increase that to 50%.  Of course this came at a cost and by 2006, the £3,000 per annum (loan-based) tuition fees were introduced, hiked to £9,000 in 2012.

So, if students are to be encumbered with large amounts of debt, it is perhaps unsurprising that higher education is increasingly being viewed as a ‘purchase’, and when making a purchase people like to feel they are getting ‘value for money’.  Is a degree course ‘value for money?  The answer to this almost certainly depends on the degree.  Should you be studying engineering, medicine or simply one of the sciences, then the answer is probably ‘yes’.  However, if you are studying an academic arts subject such as English Literature or History, or one of the more career-oriented courses like Media Studies or Leisure and Tourism, then the answer is likely to be ‘no’, as the ‘contact time’ (i.e. the time you are in contact with staff) for many of these courses is extremely limited (sometimes as little as 6 hours a week). True, the money paid also goes towards services like libraries or general university administration (e.g. the vice-chancellor).  It may also go towards student union membership or union-run sports facilities, but the likelihood that students will pay extra for these items is high.  Because the government has a vested interest in priority areas such as engineering, technology or medicine it is unlikely that the effective subsidising of these more expensive-to-provide courses by the cheaper courses will change.

However, ‘value for money’ in most people’s minds also appears to equate with how easy it is to get a job with their chosen degree, and it is here that the waters become a bit more muddied.  There is also the question of ‘value for money’ from the taxpayer point of view.  Is it value for money for the taxpayer to be effectively funding students to spend three years having ‘a good time’ if they then fail to earn above the threshold needed (currently (£21,000) to even begin repaying that loan?  In July 2016, an article in the FT by economics correspondent Gemma Tetlow carried the headline ‘Two-thirds of UK students will never repay debt’.  This figure was based on modelling by The Institute of Fiscal Studies which suggests 70 percent will make payments for 30 years before having the balance written off; in contrast to earlier generations of students, who either (as stated earlier) had no accrued debt or were, in almost 50 percent of cases, able to pay it off in under 15 years.

So what is the purpose of higher education?  Is it simply to have a more educated and enlightened society or is it to provide career-specific training in areas identified as required by government?  Are these mutually exclusive?  It was in the past the case that, as Woodrow Wilson said, ‘We want one class of persons to have a liberal education and another class of persons, a very much larger class of necessity in every society, to forego the privilege of a liberal education and fit themselves to perform difficult manual tasks’.  Well, now that more of those manual tasks are done by machines and that number will increase in the future, should we be directing people towards specific career-oriented degrees for jobs which may no longer even exist, or should we be educating them to think for themselves and leave the career-specific training until later?  Would as many people choose to put themselves into debt if they thought that their degree was unlikely to be of direct benefit?  Would they purchase education for education’s sake?  Would the government be prepared to fund it on that basis?

Where education is provided to any extent by the state then there is at its heart a dichotomy.  That is to say that even if that state is not a totalitarian regime it will want to invest in education for its own interests and purposes.  The NAO report makes this quite clear in its summary statement: ‘Government invests in higher education for its key contribution to creating a skilled, educated economy and society’. The increase in size of our graduate population has increased the percentage of those from disadvantaged backgrounds going into higher education.  However, this statistic seems not to be underpinned by the fifth State of the Nation report issued by the Social Mobility Commission on 28th November, which concludes inter alia that social mobility appears in the UK to be dependent on geographical ‘hotspots’ and ‘coldspots’ and that ‘there is massive inconsistency of practice in how to improve social mobility outcomes’. 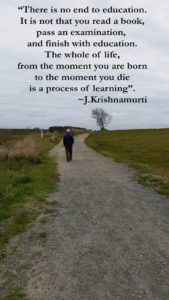 At a time of rapid change, it is hard to see how government can or should be involved in steering higher educational establishments to devise or abandon certain courses.  But perhaps for both government and students to feel that universities and other institutions are offering ‘value for money’ a lot more help needs to be given at school level to advise prospective students what they can expect from studying certain courses and to a much greater extent to dissociate education from professional training, which in many cases should possibly come later.  Several of those expressing dissatisfaction on You and Yours complained that they had come out of such courses as ‘Business Management’ with a theoretical knowledge which was not of much immediate practical use.  This was of course always the case with, for example, a classical education, but everyone knew that to be the case.  The job-training came later.  What is needed now is for expectations to be reduced in terms of the job outcome of a degree and for those embarking on higher education to be aware that they are studying not simply for an anticipated material outcome, but for a personal (if non-financial) gain.  After all, as Benjamin Franklin said, ‘An investment in knowledge always pays the best interest’.