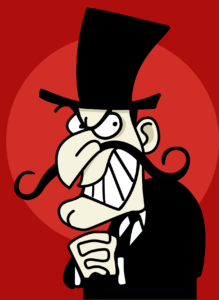 In the space of just 15 years, Facebook has gone from being the pipedream of an undergraduate to a global phenomenon with over 2.5 billion users across its various apps.  News that the company is to launch its own crypto-currency, Libra, next year has sparked concerns that the company is looking to develop its domination of social media into control of the world’s financial transactions.  It is important to understand the potential consequences of a shift away from fiat currencies under sovereign control, and there are a great many who have voiced their opinions.  Such an examination raises serious questions as to whether such a seismic transformation could ever happen and, if the answer is ultimately “no”, the questions is – what are the motives behind the idea?

First, a little more about Libra.  The idea is to create a new global currency that can be stored, spent or transferred with low transaction fees using secure blockchain technology.  The value of Libra is to be set by reference to a basket of currencies and US treasuries.  Libra can be bought via a platform and stored in a digital wallet provided by a payment service called Calibra that in turn plugs into WhatsApp and Messenger, allowing people to send the digital currency to each other as they would a text message.  Crucially, it can also be used for day-to-day transactions, such as paying for Uber and Spotify, and these companies, along with PayPal, MasterCard, Visa and many others, have joined the Libra Association, which will validate transactions and manage the reserve fund.

It’s not hard to see the benefits.  Where most of us struggled with the concept and applications of Bitcoin, Libra would appear to take out the volatility of national currencies, and the influences that governments and speculators can have, while dramatically reducing the costs of financial transactions.  There is also a big social benefit.  Currently there are estimated to be 1.7 billion people in the world who do not have access to a bank account and Libra could, over time, be a solution for the “unbanked”.

The big question then is:  What’s not to like?  For those who have concerns regarding privacy (not unreasonable given Facebook’s history) the use of blockchain technology should give some comfort – although this week evidence of criminals accessing the bitcoin accounts of 4,000 people has again produced some questions regarding security.  Similarly, concerns regarding the extent to which Facebook will control the process may not carry weight, given that the Libra Association, made up of 100 large corporations all of whom have an equal share, will fulfill that role.  The fundamental problem that Libra will have is its impact on national sovereignty.  For it to work it will need the support of national governments and central banks.

In essence the new currency is being created as a means for the owners of the process to make money (from interest on the deposits and government bonds that will be used to back the currency).  Individual central banks will not be happy about the lack of regulatory oversight that they will be able to command, and governments will be wary of the loss of a key pressure valve that can be used to stimulate domestic activity.  Mark Carney has said that he has an “open mind but not an open door” with respect to the currency and this hints at the obstacles that will be put in its way.  Quite simply, there is little reason for a sovereign entity to give its support to the Libra, given that it implies a loss of sovereignty.  There will be further concerns regarding the command of information.  While Facebook will not have full control of the currency, it may ultimately be able to follow a vast amount of the world’s transactional flows.  The value of this information may be the key driver of the initiative and the main reason why it finds intense opposition.

If, on such analysis, the concept is a potential non-starter, why then might Facebook be so keen?  Interestingly, the announcement of Libra prompted a fresh leg to the recent rally in bitcoin, on the basis that it gives a much needed credibility to the concept of crypto-currency.  This move defies logic.  Libra, if successful, could negate bitcoin, which has so far proved to be fairly useless as a currency and (given its volatility) hopeless as a store of value.

Two of the major investors into bitcoin are the Winklevoss twins, who some years ago received a settlement of $65 million from the founders of Facebook.  Their $11 million investment into bitcoin is now worth over $1 billion.  To suggest that the creation of Libra is driven by a desire to undermine bitcoin would hardy be realistic given that the initial impact has been entirely the opposite, and it is unlikely that the other 27 large corporations would have signed up to a project that was motivated by revenge.  Nevertheless, if (as many economist argue) both bitcoin and Libra prove to be failed projects, some may be forgiven a smile.