I am not a naturally a pessimistic person, but there has not been a great deal of optimism around over the last few years.  The legacy I am talking about is not Theresa May’s rather sad attempt to leave behind something other than her inability to deliver Brexit, but the legacies of far more ancient civilisations.  Earlier this week, for the first time, I visited the various sites around Avebury, just off the A4 about 6 or 7 miles from Marlborough and Calne, which constitute the Avebury World Heritage Site. These stone circles and burial mounds are legacies from civilisations existing some 5,000 years ago.  In a week when researchers from Imperial College London and South America’s Regional Initiative for Hydrological Monitoring of Andean Ecosystem revealed that Peru’s modern water crisis could perhaps be solved by 1,400 year-old pre-Inca technology, I was left wondering what might remain of our technology and civilisation 1,400, let alone 5,000, years hence, for future archaeologists to pore over. 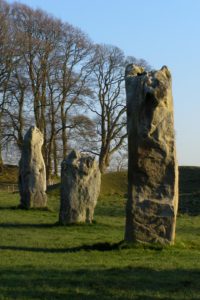 Our ten-mile circular walk around the disparate sites on the chalk downs to the west and north of Marlborough was not only thoroughly interesting and enjoyable, but also provided some food for thought. The massive stones of the Avebury henge and the Stone Avenue, some of which remain standing; the earth pyramid that is Silbury Hill and the burial chambers of the West Kennet Long Barrow are all testament to the brain, not the brawn, of our ancestors.  To get these stones into place required thought and engineering skills which we tend to assume are a relatively recent human accomplishment.  They are also clearly testament to the communities in which these skills thrived.  In order for these feats to be achieved, in a time when cranes had not been invented, would have required communal endeavour and team cooperation which we appear to have to work very hard to recreate these days.  Although we now struggle to understand the actual purpose of these constructions, we have guessed at a ritual and ceremonial significance.  Like Notre Dame, these places had a huge place at the cultural heart of the people who spent generations building and adding to them.  What will future humans make of the legacy of 20th and 21stcentury European man?

Many thousands of miles away in South America, modern hydrologists, attempting to find solutions to one of the world’s least stable water systems (far too much rain in the rainy season and far too little during the dry season), have found that possibly the ancients had already solved this problem.  Well ahead of the urgent problems facing modern Peru, with its rapidly-growing population exacerbating a long-standing geographical and climatic issue, a system had already been devised dating back more than 1,400 years.  It worked by siphoning off water, during the season of heavy rainfall, into mountainside canals and ponds so that it could be conserved for use during the dry season.  According to the researchers from Imperial College, the water took an average of 45 days to re-emerge downstream. Using this ancient system could boost the water available in the dry season by as much as 33% in the early months and even later on by as much as 7.5%.  The study’s lead author, Dr Boris Ochoa-Tocachi, is reported as saying “…it turns out we have lots to learn from our ancestor’s creative problem-solving skills… This fascinating example of ingenuity within local communities shows the enormous potential of indigenous knowledge to complement modern science.” 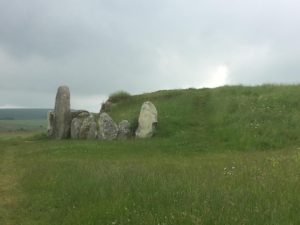 Modern science has, as we know, been built over the centuries by using what has gone before: ‘standing on the shoulders of giants’, as expressed in English by Isaac Newton in 1675, but an expression dating much further back, possibly even back to the 6th century.  It is all too easy to forget that in terms of being human, we have probably not evolved that much from those living on the Marlborough Downs, 4 or 5,000 years ago or those in Peru sorting out their water supply 1,400 years ago.  It is our technology which has progressed in leaps and bounds and it is currently that very technology which appears in many ways to be threatening the essence of being human as we contemplate a future filled with robots and artificial intelligence (AI).  Will we be overwhelmed and what might our legacy be?  Technology does not appear to have the capacity of stone to endure.  Will the secrets of our civilisation be even more unreadable to our descendants than those standing stones are to us?  As our technological hardware is increasingly recycled, will any of the software be readable or will bits and bytes disappear completely to be replaced by something else?  After all, computers did not always use binary code.  In a time when our statutes are no longer printed on vellum (which apparently can last 5,000 years) and many modern buildings, even important ones, are built of glass and metal, what will we leave as evidence of our time here?

Let us hope that science manages to solve some, at least, of our problems and that our bequest is not simply a sea full of plastic and a mass of unemployed ruled over by a class of elite robots.  Perhaps it is time for some of Boris’s positivity and optimism to remind us all that there is a future and it probably is sustainable – particularly if we pull together and work as a community (or even as communities) to accomplish what is needed.  As long as he doesn’t try to produce an ‘EdStone’, it should be fine!