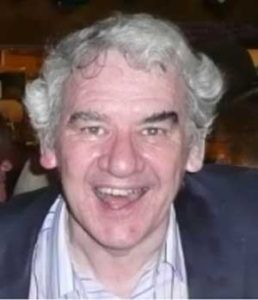 In my Yorkshire B&B Colin could not be friendlier or more helpful – carried our heavy cases from the car to the room, made four of us a cup of tea each, gave us lots of good advice about local eateries.  All went swimmingly until we were loitering in the foyer just before leaving and Colin revealed he had been an Arsenal fan until Arsène Wenger arrived.  But he conceded that his dislike of the long term manager was irrational – he just didn’t like him.  And I thought in frustration of the number of people I know who would make the same statement about Jeremy Corbyn.

The battle lines are drawn.  It’s the people led by Johnson against a feckless establishment that will use every trick to frustrate the people’s will.  This establishment comprises parliament and the courts, most notably the Supreme Court.  Johnson is channelling his inner Mosley to rouse the mob, thrilled to see their love of violent assertiveness legitimised.

The BBC has upheld a complaint against Naga Munchetty.  I wonder what the precise wording of the complaint was.  She seems to have been found guilty of expressing a criticism of Donald Trump.  Here is the exchange in question:

It feels like a thought-out strategy, to strengthen his position.

And it is not enough to do it just to get attention… he’s in a responsible position.

As it happens I think both presenters were out of line in expressing a political view, but other presenters are doing it all the time, sometimes even producing documentaries critical of opposition politicians.

Could it be that the BBC is jumpy because Johnson is Trump’s creature and taking as cavalier an approach to truth and integrity as his mentor?  Where would the bloated establishment fed BBC executives be if its presenters started giving Johnson a critical once over?

The Tory Party conference has kicked off with many references to “our domestic agenda”.  This entails driving the NHS, education and housing tanks onto Labour’s lawn.  It will not take long for Corbyn and his colleagues to open the hatches and hurl in the hand grenades.  Hardly appropriate as the Tory tanks are fashioned of cardboard as befits a list of electoral bribes rushed together at short notice and without any intention to implement them.

So it is Boris and his Billionaires against Parliament and the People.  Hence today’s urgent debate in the House where John McDonnell and others highlighted that Johnson is being funded by rich speculators counting on their boy to bring home a nodeal Brexit for their further enrichment.

The BBC meanwhile returns to Bishop Auckland where they can count on finding working class people to back Johnson and talk down the Labour Party.

Much discussion in the media of a potential Vote of No Confidence (VONC).  The LibDems are reluctant to see Corbyn as interim PM and this might be related to the party’s source of funds.

I’ll say it again: a lot of the City money pouring into the LibDems is from donors who say No Deal = Better Than Corbyn.

The Rebel Alliance should agree that all MPs who support VONC would subsequently have a free vote to select the Interim PM.  I don’t see how any democrat could object to that.

Corbynista has a few followers on Twitter but not one of them responded to yesterday’s statesmanlike tweet.  It could be that it’s a poor notion but I like to think that it is quite wise and that my followers spurned it because they are largely tribal Corbyn supporters, who are happier depicting Jo Swinson as facilitating no deal than trying to cement the Rebel Alliance to actually stop no deal.

On Newsnight a sensational hatchet job by Jonathan Powell, describing Johnson’s new deal as simply a ploy to provoke rejection from the EU, thereby feeding his and Cummings’ presentation i.e. the EU is irrationally rejecting a perfectly crafted proposal.