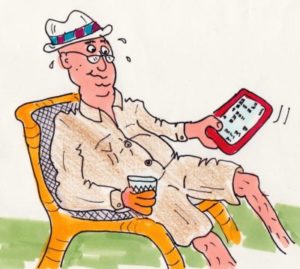 the Iranian President, Mohammad Mosaddegh, in 1953?

The sapient sutlers of the Lord

Drift across the window -panes

In the beginning was the Word.’ ?