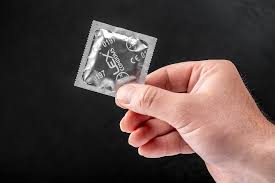 I have never been a Roman Catholic so I have no experience of the “withdrawal method” of contraception.  Still, it sounds jolly difficult.  Iron self-control at the moment of maximum excitement is not something most of us would find easy.  Gandi, perhaps, or Saint Louis, or someone of that fibre but otherwise, well, bound to go wrong sooner or later.

It is that word “withdrawal”, you see.  The harbinger of difficulty and danger.  Ask any soldier what is the most difficult military manoeuvre and he will tell you that it is the fighting retreat.  Think Moore at Corunna, an army pursued through appalling terrain, struggling away to the coast and having to fight its pursuers before it could board its transports, burying its heroic commander with unseemly rapidity.  It made good poetry, of course:

“Not a drum was heard, not a funeral note,
As his corse to the rampart we hurried;
Not a soldier discharged his farewell shot
O’er the grave where our hero we buried.”

but that merely reflects the fact that it was all rather grim.  You will find the same theme if you look at modern military intervention.  The difficult bit is not how you get in but how you get out.  Invading a country is a matter of shock and awe but getting out afterwards requires almost impossibly clever planning.  Think Iraq, Afghanistan or Libya to see how difficult it is to withdraw without leaving a lethal void behind.

But it is not just a question of the military and politics.  Mountaineers will tell you that the way back is particularly dangerous.  Central bankers sweat over the difficulties of winding down quantitative easing.  Parents who give sweets to their children find that the decision to deny them in future has just become far more contentious.  Try interfering in an argument at work.  Getting involved is easy but getting out neatly, that is when your office politics are really tested.

And that is of course where we all are on Covid 19.  Most countries have put restrictions in place and to a greater or lesser extent have suppressed the disease.  That was relatively easy with talk about sacrifice, the common good and all the rest of it, but it is the next step that is the difficult one.  With no significant prospect of worldwide eradication for some time the question is what to do next.  How can we get the restrictions into a form we can live with long term?

If a country can achieve internal eradication, as for example New Zealand has done, quarantining new arrivals is probably the best bet.  There though the question is how to impose a form of quarantine which does not cut the country off entirely.  Say to a business man or tourist that he or she will be banged up in a government hotel for two weeks and they will cancel the trip.  Tell them that they will remain in the grounds of one of the new quarantine chalets with a bit of walking and fishing, top class internet connections and a sun-bathing deck and they may regard it rather differently.  Imagination and flexibility are needed.  Could one perhaps travel on a quarantine ship with passengers kept isolated and arrive, having enjoyed quarantine from a balcony watching the Suez Canal and East Asia drift by?  Not so bad when you think about it.

For countries where quarantining is impracticable the approach is different.  Here one simply has to accept that the virus will come in and ensure that the reinfection rate is below one so that it dies out of its own accord.  That probably means that once the level of the virus is low you would plan for an R of somewhere around .85, leaving a margin for error without restricting life more than necessary.  That is no easy task.  If you decide that one of the measures is to be 1m social distancing, for example, the maths is not just about what would happen if that rule were followed throughout the country.  It also has to take into account the proportion of the population who are likely to follow it and that is a number which depends on how unhappy people are with the rule and what view they take as to its necessity.  A feedback loop?  Tricky stuff.

Whatever the position, there is lots of room for human ingenuity and cold reasoning.  It is no good waiting for a vaccine.  There probably won’t be one, in which case no country will fully recover from the effect of the virus until the level of infection drops across the world.  Meanwhile ingenuity is needed.  No man is an island – and, despite the deceptions of geography, no country is either.