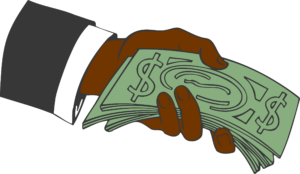 What if I told you that you could, at no extra cost to yourself, increase your charitable giving by 125%? Wouldn’t the satisfaction of charity be so much greater if you could get the tax man and corporate UK to supplement your generosity?  Gift Aid was first introduced into the UK in 1990 and by now one would assume that most people have been sufficiently informed that they can maximise the advantage for both the benefiting charity and themselves (in their tax return).  In fact, there are elements of Gift Aid that many are not utilising and there is a significantly greater sum that could be generated for charities without any increase in actual giving.  Further, there are opportunities, beyond Gift Aid, to further enhance your giving and, with careful planning, most of us can take advantage of them.

First it is worth dwelling on Gift Aid, because so many of us are not fully taking advantage of the facility.  Last year Gift Aid generated an extra £1.27bn for charity, but recent estimates show that some £600mn of potential Gift Aid is not claimed.  This is partly due to those who could tick a box to reclaim tax of 25% not doing so, but the sum could be enhanced further by people choosing to fill out a form to donate, rather than just putting money into a collecting tin.  On top of this it is now possible to generate Gift Aid on those clothes and books that you give to a charity shop.  If, instead of leaving your old Armani jeans in a bin bag on the doorstep of Mary’s Living and Giving, you go inside and fill out a form, the sale proceeds can be enhanced by Gift Aid.  Effectively the charity acts as your agent on the sale of the goods and you consent to give the proceeds to them, thereby enabling them to claim Gift Aid. This newer enhancement of Gift Aid does not just generate more income on donated goods, but should also act as an additional incentive for people to donate in the first place.

The next step in the process of enhanced charity is to review the possibility of matched giving.  For some time a number of companies have been prepared to support their employees in sponsored charity events by matching their fundraising, often up to the amount of £750.  This process is particularly helpful for the fundraiser, as people are statistically much more likely to sponsor someone if their donations are matched, as well as being much happier to fund a cause that someone has carefully chosen. In addition, it makes great sense for the company involved, as they are able to deduct the donations from their corporation tax bill. This is all very well for those with enlightened, wealthy and generous employers, but is somewhat frustrating for the rest of us who will run the same 26.2 miles or 50 lengths of a swimming pool. However, there are now opportunities for everyone to find such support through a number of websites that help generate matched giving. Originally set up by Sir Alec Reed, who was looking to give more money to charity by supporting others who donated, the Big Give website (www.thebiggive.org.uk) is a portal that not only allows corporate donors to find worthy recipients, but also encourages individuals to donate by agreeing to match their contributions.  The website has been particularly effective for campaigns around Christmas and has, to date, facilitated the raising of £97mn for charities.  Not only does it act as a very effective conduit for donations, it helps companies and individuals to find causes that both need their money and that they care about.

That leads us to the final step in effective giving, which is one that I have written about in these columns before – that of effective altruism.  For many of us it is not only important to maximise the amount that we give, but also to channel that money to charities that can do the most good. This is not just a process of working out who spends the lowest proportion of their revenues on fundraising and administration (using this method would mean that smaller charities always lose out), but also looking at how much good the charity can generate.  That can be done in a scientific way, by looking the extent to which lives are improved or extended, or by assessing the extent to which a cause that you care about is enhanced by the charity that you support.  Ultimately much depends on what issues matter to you, but you might reasonably be keener to promote an organisation that can help 5 times as many people suffering from poverty as can another with the same money.

The next time someone invites you to put money in a tin, it might be worth pausing to consider whether there is a much better way to give to a charity. Since it was introduced Gift Aid has generated well over £60bn for UK charities.  Just imagine how much more good could have been done if everyone had taken advantage of it, and how much more could be done if people not only use Gift Aid but matched giving in the future. The message is clear – plan your giving, or as the Big Give puts it: Discover. Donate. Double.