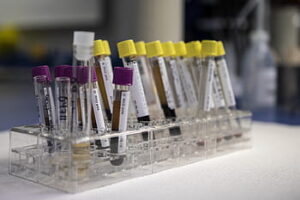 This week*, we look at the issue of statistics relating to COVID-19 tests.

There are two types of test:

Swab tests can be taken from the nose and/or from the back of the throat.

The Government has defined four pillars making up these tests:

So, Pillars 1 and 2 identify current prevalence of the virus, Pillar 3 identifies past prevalence and Pillar 4 captures both, but is on a smaller scale and used to assess the development of the disease.

The figures the Government publishes every day and those used in the daily press briefings were the total of these four pillars.  When commenting on new cases, spokespeople invariably trotted out the line that new cases need to be taken in context with the number of tests.  But only Pillars 1 and 2 relate to current prevalence, so it should really only be the totals for these two pillars that should have been used.

In addition, the data on home tests is based upon the number posted out.  Some recipients may not use their test, some may do so and not return the test, some may not even arrive with the intended recipient.

With both of these ruses, the Government was enhancing the number of tests undertaken, something for which they were taken to task by the Office for Statistics Regulation.

Matt Hancock had two test targets.  The first was to reach 100k tests by the end of April.  He achieved this on 30 April, but as mentioned this was 100k tests, not 100k people being tested.  The second target was 200k tests by the end of May.  Capacity was available for 200k tests by then and on 3 June, 220k tests were achieved.  However, 40k of these were blood tests to check past prevalence of the virus and in fact on no day have 200k swab tests been undertaken to check current incidence of the virus.

The final and most worrying issue relating to testing statistics is that the number of positive tests obviously comes from both Pillar 1 and Pillar 2 tests.  The national figures have always done so, but local level figures only included Pillar 1 positive tests until 2 July.  This is one of the reasons the Leicester outbreak went undetected locally, as the council was not sent the results of any Pillar 2 tests.  By the middle of June, over half the swab tests being undertaken were from Pillar 2 (drive in centres, mobile centres, home testing) yet the numbers of these showing a positive result were not being fed back to local councils.  They were relying on the trends of Pillar 1 tests, taken in hospital, which were steadily declining.

So as with the statistics on deaths, we have a pattern of Government using misleading data and overstating the number of people having tests to check the incidence of the virus and failing to feed back vital information to local councils to help them assess local outbreaks.  The NHS test and Trace system was set up to help in this area and we will go through the issues with this system next week.

This article is one of a series, find the previous article “Death Statistics” here.