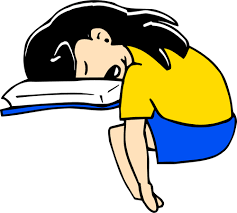 Election nights – A time for staying up and shouting at the telly?  Or getting an early night on the basis of que sera sera?  For UK government bond (gilt) traders there may be little choice.  Leaving the market at the close on the 12th, only to return to potential carnage on the opening of the 13th is not an option.  Returning to the trading desk in time for the release of exit polls at 10pm may be essential if they want to engage in damage limitation or, much better, take advantage of opportunities to make some additional profits at a time when the bonus window is about to close.  Even if they wanted to hide under a stone, their commitment to provide liquidity means that they have to be at their desks to be able to trade with clients who are under similar pressures.  Whether they are there in eager anticipation or with forebodings of doom, these traders need to review the experiences of elections of yore.

Older traders will remember the events of 1992 with great fondness.  Neil Kinnock had made the mistake of assuming his victory as a foregone conclusion, and so, to a large extent had the gilt market.  Prices had sold off in the run up to an election on the basis of a Labour government meaning more borrowing (and hence a greater supply of gilts to fund it) and higher inflation.  Exit polls were less definitive than they are now, so it was not until some key constituencies returned (notably Basildon) that the market twigged that there was going to be a conservative majority.  Any trader that had a long position, or was able to quickly acquire one, made a substantial profit.  Frenetic demand from clients into the early hours made it difficult for them to maintain positions, but many were able to return home, as dawn broke, satisfied with a profitable night’s work.  However, some made a great deal more than others, and here is the first salutary lesson – don’t go home too early.  The Bank of England was also working through the night and was aware that they had a responsibility of market management as well as a need to satisfy the government’s funding needs.  With demand strong the Bank issued new tranches of debt in the early hours of the morning that the vigilant quickly snapped up – cheap gilts for the night owls and a lost opportunity for the sleeper. Since the birth of the Debt Management Office in 1998 there is less likelihood of overnight issuance, but the risk of missing a key event remains.

Perhaps the least eventful, but most enlightening, election night for trading was that of 1997.  As had become the norm, the gilt futures market was to reopen after the release of the exit polls and a number of traders had agreed to work through the night to provide liquidity for clients, and hopefully take advantage of opportunities to make a little extra profit.  There were two problems.  First, our business had, by this stage, moved to Canary Wharf and there was little point in traders going home at the end of normal trading, only to have to turn around to come back almost immediately. There was then a very dead time between 5pm and 10pm, when the attractions of local hostelries become just too great.  Returning at 9:45pm, armed with pizza and a few extra cans of sustenance to get them through the night, traders settled in ready for some frenetic trading.  Here was the second problem – there was almost zero activity.  The Labour landslide victory had been so well flagged that there were no surprises for the market and hence next to no justification for price movement or trading a position.  Beyond the cheers from those left of centre, as notable Tories lost their seats (particularly loud for the likes of Michael Portillo), there was little to stir either the macro strategist or the compulsive gambler.  The result was that mildly inebriated and well-fed price makers found it difficult to stay awake.  None of this would have been a problem but for the fact that, in their infinite wisdom, the Corporate Communications team had agreed to allow a member of the press to spend the evening with us.  In what would otherwise have been a fruitless evening for the young journalist assigned to the task, the traders had presented her with the perfect headline: “Snoozin’ and Boozin’ while the Tories are Losin’”.

Whether the events of the evening of 12th December provide any opportunities for traders to notch some useful profit to enhance the treasured bonus remains to be seen.  If the exit polls confirm a decent Tory majority then a rally in gilts is quite likely, but could be short-lived given that it is probably already discounted in current market levels.  Either way, my advice to traders is, if you really think it is worth working through the night, don’t go home too early, and try drinking the tonic without the vodka this time.