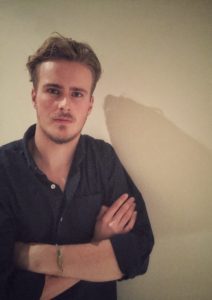 Last Friday, the United Nations Human Rights Council (UNHRC) elected its new members.  Ever keeping with its tradition of controversy, the election threw up countries such as Eritrea and Bahrain; perhaps not those you would expect to feature.

One could have been forgiven, pre-election, for hoping that the current members of the Council would not have supported these appointments. But such optimism would have been misguided. The membership already included famously human-rights-abusive countries such as Saudi Arabia, a country which has recently banned satire, arrested a man for having breakfast with a woman who was not his wife, ruled that another woman cannot marry the man she wants because he plays a musical instrument, and is likely to have murdered, or at least abducted, a journalist.  Saudi Arabia is not even a signatory of the Universal Declaration of Human rights.

The annual UN report of the Office of the High Commissioner on Human Rights last September found that nine out of the 47 countries on the Human Rights Council had recently not cooperated with the UN on human rights abuses.  Nine out of 47 may not be a majority, but the voting structure does not really require one for elections to the council; regional groups decide who in their region runs and, given the set number of places per area, how many countries choose to run. These elections were not elections in any competitive sense, and of the five seats designated for African states only five officially applied for them.

One of these five was Eritrea.  Eritrea, whose government was condemned, in 2015, for widespread human rights abuses in an official 500-page report by the UNHRC.  That same year, the country was ranked last in press freedom for the eighth year running by the Reporters Without Borders press-freedom index.  Yes, this was three years ago, and the country has arguably had time to improve, but for all these ‘improvements’ it has only managed to move up one place in this index. One place. Surpassing North Korea on press freedom hardly seems much of a human rights achievement. The Human Rights Council, an institution founded on good intentions, has become an even worse parody of itself with these elections.

This side of the Council’s problem has received a fair amount of coverage but  just as worrying is the increasing rejection of international human rights organizations by the Western powers, most obviously by the US which withdrew from the Council in June of this year.  Not only do more human rights abusers seem to be joining the Council, but more of the supposed upholders of human rights seem to be leaving it too. The US’s official position was that it was rejecting a failed Council; it cited the membership of Saudi Arabia and others, and a lack of tangible achievements. The first point has strong justification as highlighted above but, on the second point, the Council has actually achieved some significant progress.  Most notable has been its ability, through mass nation interaction, to display human rights abuses on the biggest stage.  Reports on North Korea, Myanmar and Yemen, to name a few, have been instrumental in identifying and encouraging action against war crimes.  Perhaps even more important, the very existence of Human Rights Institutions puts on paper the unavoidable claim that all human beings have rights, and that states have responsibilities to respect these rights.

This  rejection of international discussion on human rights is not just focussed on the UN; it is sadly part of a much wider American trend.  America has rejected the jurisdiction of the International Criminal Court (ICC) with Trump stating in his speech at the UN that America “will not be governed by an international body that is unaccountable to its citizens”.  Ironically, in his criticism the President actually highlighted one of the strengths that the ICC can boast: on paper it is not politicized and so not subject to political demands overshadowing what are and are not human rights violations. The real objection to the ICC became evident when it launched a new investigation into possible war crimes by American soldiers in Afghanistan. Whilst Trump may have been content with the court trying overseas war criminals, an investigation into American citizens quickly drew objections.  Last month, John Bolton, the US national security advisor, even threatened the ICC with sanctions in response.

This opposition to international human rights law when it acts, as by its name it should, internationally, speaks volumes about the Trump administration’s mentality, and its misguided definition of “America First”.  It is understandable that a government seeks to prioritize its citizens own interests, after all the support of their population is what democratic governments are built on, but American citizens are humans like everyone else, and human rights are surely of interest to all. Abandoning the institutions that, however flawed, facilitate discussion between nations on the most important rights risks making easier their violation.  If Trump really wants to put “America First” he should ensure the rule of an international law.  That would be, after all, in America’s best interest in that it would allow them to keep their self-given label of “leaders of the free world”.  But when the supposed “leader of the free world” refuses to accept the jurisdiction of international law with regard to human rights abuses, who else will?

In Plato’s Republic, Thrasymachus argues that justice is simply to the “advantage of the stronger”, a tool that keeps the powerful in power.  America has done much to support this definition by deciding when to keep the very laws that it helped form. This is not a definition of justice we should hope to maintain when the global centre of power has changed so often through history.

And so, human rights are under attack from both flawed institutions and misguided policy, and little is being done about either.  As the UNHRC continues to parody itself, the United States’ has helped reinforce the great paradox of human rights as identified by Hannah Arendt in 1958: human rights appear least able to protect those that need them most.  American citizens may not be at much risk at time of writing, but maybe one day they and the citizens of America’s allies will be.  If that day comes, it is in America and the worlds interest that these institutions remain strong. The UNHRC is in need of reform but it still does have some use. The struggle to enforce human rights globally is undermined by persistent Western isolationist or superiority complexes.

Fighting human rights abuse requires international cooperation, cooperation which will become difficult if one country prefers abandoning the institutions responsible for human rights to allowing scrutiny of its own policies and actions.  If these elections and recent American attitudes are anything to go by, the 21st Century may be worryingly absent of human rights, something that America will have been complicit in.  For now, we can only wonder whether the US would have been as opposed to the disappearance of the journalist, Jamal Khashoggi, had he not been living and working there.