Raising fares in line with RPI makes no sense. 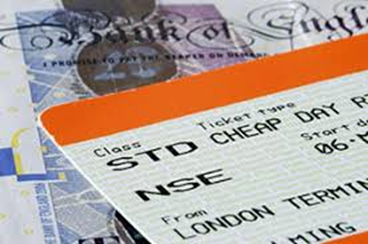 Raising fares in line with RPI makes no sense.

This week saw the largest increase in regulated rail fares since 2013, with price rises on average of 3.4%.  For many commuters, who on average have seen their earnings rise by just 2.3%, this will mean paying over£100 a year more for their journey to work.  The rail networks argue that covering rising costs and the need to invest in the network justifies the price rise and, given the poor general state of our rail infrastructure, this looks at first sight to be understandable.  However, when one looks at the breakdown of the costs of the system, using RPI to adjust fares would seem to have little justification.  Further, arguing that passengers should bear the costs of improving the network ignores the wider benefits that accrue from encouraging people on to trains and off the roads.  Analysing both aspects can generate alternative solutions, but the process is not straightforward.

Tackling the inflation aspect first, when one looks at the breakdown of where each £1 of passenger spend is allocated, RPI looks like the wrong measure.  Staff costs account for almost 25% of expenditure, and while Southern Rail train drivers managed to secure a 28% pay rise over 5 years, most people working in the industry will have been subject to sub-inflation pay growth close to the national average of 2.3% over the past year, making a 3.4% rise in fares look out of kilter.  The leasing of trains and interest plus associated costs account for a further 20% of costs and, while interest rates have seen a very small rise, the costs of corporate borrowing have remained low, as the spread to gilts has contracted to record levels due to the demand for debt by savings institutions.  Linking this element of costs to RPI has even less relevance than doing so for wages.  What about fuel costs?  Oil prices have seen a revival in the last few months and closed well up over the course of 2017, but the RPI used to index rail fares is that from July – when oil prices were actually down on the year.  Clearly sterling depreciation has a bearing on fuel costs, but that would suggest that rail companies did not engage in any currency hedging.  Even if you want to make the case for fuel prices being higher, they only make up 5% of expenditure anyway.

The rest of the cost elements come from investment in the rail network (25%), track maintenance (22%), and Train Company profits (5%).  A number of apologists for the rail fare rises have said that many people rarely use these services and so should not have to pay for them.  The government has adopted this attitude since 2007 when the burden of the rail network was shifted from taxpayers to passengers.  Over the course of 10 years the proportion of the costs of running the network covered by fares has risen from 50% to 70%.  This may sound sensible on the face of it, but ignores the broader benefits that all tax payers gain from the improvements in congestion and pollution resulting from encouraging people on to trains and out of cars.  Fuel Duty for drivers has been frozen, which makes it appear that rail passengers are effectively subsidizing car drivers.  Further, there are significant productivity benefits generated by getting people to work in the quickest and most stress-free manner – even before you add in the positive impact for those able to work on the train.  A Which? report released this week showed that rail passengers in the UK lost over 3.5 million hours due to delayed journeys last year – many of those will have been working hours.  The UK spent many decades using cost-benefit analysis to avoid spending on high-speed rail, a process that has left us significantly behind most of Europe – despite us still having the most expensive fares (around twice that for France for example).  We are now engaged in a very costly game of catch-up.  Given that there are benefits for the whole population from maintaining and investing in rail, one can argue that the burden should be spread across all taxpayers.

That just leaves the 5% that goes to the rail companies themselves in the form of profit.  If we are to maintain a privatised system then there clearly needs to be some incentive to reward those prepared to run it.  However, those benefits needed to be linked to service levels and efficiency, and linking the rewards to inflation when there is little evidence of key metrics being met begins to look like a reward for failure.  If rail companies cannot make an acceptable return without getting money beyond that from fares the system is in need of overhaul.

Coming up with a workable and lasting solution for a rail network that has suffered from under-investment for such a long period is not easy.  However, making passengers pay more than can be justified by inflation or improvements in service levels is not the way forward.  If an inflation index is to be used surely something closer to CPI would make sense – if this were the case then fares since 2004 would be a total of 17% lower.  There is an argument to suggest that using the reverse of the triple-lock for pensions, i.e. the lower of inflation, 2.5% or average earnings, would make more sense.  To argue that the costs of investment in the system, including the development of much needed new lines, should be borne by passengers, ignores the wider benefits and risks people being priced off rail onto roads.  Andy McDonald, the Shadow Transport Secretary, has argued that our rail network is “fractured, expensive and complex”.  A great many commuters are now likely to agree with him.