Going beyond the theory 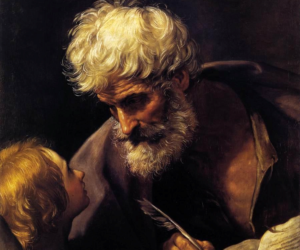 A fund manager acquaintance was fond of putting his broker contacts on the spot.  “What is the collective noun for economists?” he would ask.  Of course there is one, but no one knew it (I will give the answer later, I promise), so the answers allowed the frustrated brokers to express healthy amounts of sarcasm.  One of the more printable suggestions was a ”confusion” and, given that economists have been accused of predicting 8 (at least) of the last 3 recessions, the dismissive response is not surprising.  For too long economists have been seen as being locked into theoretical models that become ever more remote from reality, unable, as so many have pointed out, to predict such key events as the 2008 financial crisis.  For many it is a social science, masquerading as a true science, only those with a degree in maths having  any hope of understanding modern economic theory.  Further, economists have been seen as moving away from helping to solve the fundamental issues of human kind, producing enough food, clothing and shelter, to helping the rich to get richer.  It is then greatly reassuring to hear that not only did the group who were this week awarded the Nobel prize for economics base their research on experimental research, but that they also focused on understanding and relieving the causes of poverty.

Abhijit Banerjee, Esther Duflo and Michael Kremer have done a long series of field studies regarding the sort of policies that make a difference to poverty.  Rather than much of economic theory, which asks us to assume that much remains constant while a small number of factors are allowed to vary – such as production possibility frontiers where we are invited to draw conclusions about the optimal amounts of guns and butter – the trio have been looking at the real impact of policy alternatives.  For example, their work demonstrated that tackling issues of education by just allocating schools more textbooks was way less effective than adapting teaching methods in the developing world.  Similarly, they found that temporary subsidies to poor farmers to help them buy fertiliser did more to help them increase their productivity than permanent subsidies (EU take note!), and that taped speeches made by women were more readily accepted in villages that had experienced women leaders.  It is not that they abandoned theoretical modeling in favour of empirical studies, but that they used one process to inform the other.  The Poverty Action Lab co-founded by Duflo at MIT in 2003 has so far conducted over 200 development experiments and trains others to run randomised control trials.  If economists start to behave like this, using randomised control trials in real life settings as those working in other scientific fields often do, they may start to finally be regarded as scientists.

The recognition given to Banerjee, Duflo and Kremer should not isolate them as lonely economists with a social mission.  There are others who have tried to make the subject real.  Muhammad Yunus was awarded the Nobel Peace Prize for pioneering the concepts of microcredit and microfinance, but he might equally have been given the prize for economics.  His work demonstrated how subverting loan sharks charging usurious interest rates to the poor and replacing them by financial institutions that lend small amounts at very low interest rates can be transformational in helping to alleviate poverty.  Such institutions, once they can extend the practice on a mass scale can create real change.  From 1983 to 2007, Grameen Bank (created by Yunus) issued over $6bn in loans to over 7.4mn borrowers, who apply in groups so that they can act as co-guarantors of the loans.  The success of the model led to similar banks being set up in around 100 developing countries and some in the poorer areas of developed nations such as the US.  Yunus has further extended his theories to illustrate how this approach can create a world of zero unemployment and zero carbon emissions in his book A World of Three Zeroes.

Not surprisingly the press has focused on just one of this week’s three Nobel winners – Esther Duflo, given that she is only the second woman to win the prize and, at 46, is the youngest-ever economics laureate.  Her achievement is rightly celebrated, but it would be a shame if it detracts from the bigger picture of the force for good that the practice of sound economic theory can be.  She has said that “our goal is to make sure the fight against poverty is based on scientific evidence”, and the Nobel committee said that her ideas had “completely reshaped” development economics, by having a clear impact on poverty.

The answer to the question of the right collective noun for economists is, of course, either a “deficit” or a “recession” (the picture above is the patron saint of economists, Saint Matthew).  The brokers’ attempts at wit were, it seems, close to the mark.  It is a shame that this cynical view of economists persists, because it risks hiding the fact that they can be a force for good.  The work of Banerjee, Duflo and Kremer goes some way to address the cynicism, as does the Royal Swedish Academy in awarding them the Sveriges Riksbank prize in memory of Alfred Nobel.