Rape in the spotlight again.

Readers who have followed this magazine over the last two years will know, firstly, that I am female, secondly that I am no longer, sadly, a spring chicken, and thirdly, that like Luke Gittos*, accused.me.uk+ and Allison Pearson (the novelist and Telegraph columnist), I feel that current rape legislation, procedures and trials appear to have created a climate which favours the accusers, to the detriment of those accused.  It is a subject on which I have written more than once on these pages (Anonymity or Spotlight?, Responsibility, Justice or Injustice?) and which has hit the headlines again this week.

A young man of 22, student Liam Allan, was charged with 12 counts of rape and the sexual assault of an un-named female who, it transpired on the third day of the trial at Croydon Crown Court (after two years on bail and “hell” for the defendant), was mentally fragile and had quite simply been lying. The computer disks of the relevant texts (showing that the girl had not only consented, but had pestered the student) had for some bizarre reason been deemed ‘too personal’ and irrelevant by the police who were in possession of them (Liam Allan has lost his own phone).  Alison Saunders, our esteemed DPP who has made it a personal mission to get more convictions for rape crimes, has apologised in a letter to The Times on 16th December for the ‘regrettable’ failure to hand over the evidence (found amongst the 40,000 phone texts) earlier.  This is not only outrageous; it is clearly a very serious problem within the criminal court system. 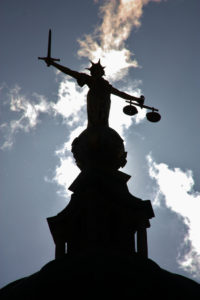 ‘Disclosure’, as any lawyer knows, is a fundamental part of the mechanism of litigation as it exists in this country’s legal system.  Dapinder Singh QC, stated in Saturday’s Times that “Disclosure is the backbone of the criminal justice system and a defence team must be able to trust the prosecution to properly discharge their disclosure duties”.  It is simply not good enough for the prosecution to claim “limited resources and lack of time” for the poor disclosure of evidence – as was apparently reported by HM Crown Prosecution Inspectorate in a report in July.

After a second rape case against one Isaac Itiary also collapsed on Tuesday, following text message revelations that ‘the victim’ had lied about her age, Nigel Evans MP (who was cleared of rape charges against a student in 2014) called for a review of the police disclosure of evidence.  Peers and senior legal figures have made similar demands.  Nigel Evans accused police of ‘cherry-picking evidence’ and has called for the anonymity of those accused, ‘at least’ until charged. The chairwoman of the Criminal Bar Association, Angela Rafferty QC, has suggested that ‘unconscious bias’ prevents the police and CPS ‘impartially and thoroughly investigating and scrutinising complaints in sexual offence cases’.

All this is very serious stuff.  Rape is a serious crime and one that of necessity requires a judge and jury to make judgements about both characters involved.  In most cases it is one person’s word against another’s.  The so-called conviction-bias which currently exists may be a reaction against the way women have been treated throughout history, but like many such things is a classic example of a pendulum-swing going too far the other way.  It may well be the case that very few false rape allegations are made and that cases like those of Jemma Beale earlier this year are extremely rare, but that can never absolve the police or prosecutors from making full evidence available, nor should it mean them taking the default position of automatically believing ‘the victims’, as Alison Saunders has insisted on calling all accusers. 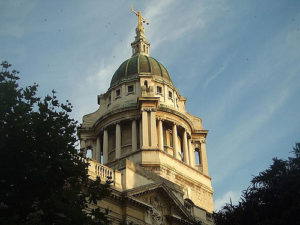 As in any criminal investigation, rape should (to state the obvious) be properly investigated.  If this is uncomfortable for the accuser, this unfortunately is the way it has to be.  Accusations of rape cannot be allowed to become a weapon for use by disgruntled ex-girlfriends or men-haters of any kind.  If, as statistics would appear to show, well over 90% of rape allegations are true, then proper care must be taken to ensure that the minority who may attempt to use such claims for their own reasons are weeded out early on and that false claims are subject to the full weight of the law.  In other words, those making them should be subject to a charge of perverting the course of justice (not simply of wasting police time) and their lifetime anonymity removed, which of course it normally would be immediately they become ‘the accused’.  Had the young lady in the Allan case been successful, then a decent young man could have been in prison for up to 12 years and on a sex offenders’ register for life.  He has so far received no apology from either the police or the CPS.  Small wonder he feels inclined to sue both.

The accused in any criminal case is in almost all cases identified.  In most criminal cases, the identity of their victim is also made public.  Rape and sexual abuse cases are different, not only in this respect, but in almost all respects because of the very personal nature of the crime and the historic stigma attached to being even the victim of such a crime.  However, in an era when women are entitled to behave in every way the same as men (in other words they can, inter alia, get drunk, have casual sex and generally misbehave – indeed, it is almost expected of students) they cannot also claim to be the ‘weaker sex’ when, the following day, they regret what they have done or feel jilted if the casual encounter fails to turn into a meaningful relationship.  Arguably, the accused in such cases should also have anonymity because of the particular stigma still attached to sexual crime.

In Anonymity or Spotlight, I looked briefly at the history of this.  It is certainly something of a political and feminist football and has been kicked about since the 70s.  The police, it would seem, are reluctant to allow anonymity for the accused, as they claim that publishing the name ‘can cause other victims to come forward’. In truth, the arguments against anonymity in ‘ordinary’ rape cases, as opposed possibly to celebrity cases, do not appear to be strong.  However, the last attempt to bring this in (by the Coalition government in 2010) met with a strong wave of disapproval, including from many female MPs, and was dropped.

As for disclosure of evidence, the police must be made fully aware of their duties in this regard and not be tempted to pre-judge cases themselves.  The Metropolitan Police have already announced a review of evidence disclosure (with particular regard to digital evidence) in some 30 rape cases due to go on trial and in a number of other ongoing investigations.  Prime Minister Theresa May said the attorney general had already started a review into the disclosure of evidence, telling PMQs: “It is important that we look at this again so we make sure we are truly providing justice”.  Finally, Ms Saunders should perhaps, as Allison Pearson suggests in Wednesday’s Telegraph (Saunders must Go), consider her position.  As well as considering ‘limited resources’, the Attorney General should also certainly be seriously considering the culture of always ‘believing’ the victim.  In this country we have always had a system of justice where the accused are ‘innocent until proved guilty’.  That should pertain in rape cases too – even if it does make conviction more difficult.

* lawyer, journalist and author of Why Rape Culture is A Dangerous Myth

+ supports those who have been falsely accused of rape, other serious sexual offences or domestic violence