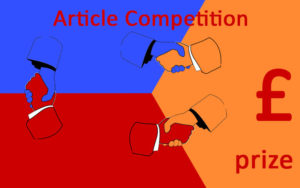 The smell of revolution is in the air. Not the French kind, I hope, with guillotines in town squares and the Scarlet Pimpernel jumping around in ever more improbable disguises, but a revolution in the sense of a change in the way things operate. Certainly the present system isn’t working well, with pensioners worried about how they will finance their retirement, young people weighed down by debt and unable to find housing, and large swathes of Britain feeling that they have been excluded from the prosperity of the south-east. That doesn’t necessarily mean that those parts of the existing system which are failing were always rotten; in many cases they have simply failed to keep up with technological change, which often destroys traditional structures without replacing them.

Take the arts as an example. Nowadays you can access top class paintings, top-class theatre and top-class music without leaving your desk. Where does that leave the local or second tier performer who could once have carved out a living from his talent? Take bookselling, for another. Most of us buy our books from Amazon because it is easy. Where does that leave the small independent bookseller? What is going to happen to the high street when other retailers go the same way? The march of technology involves the large taking over from the small with the possibility that before long the numbers who need to work will begin to reduce. Will new jobs fill the gap? Who knows, but if not, how will we deal with that? A basic salary which you get whether you work or not may be a perfectly sound approach economically but does it fit human psychology? Who wants to be a “useless mouth”, to use a rather unpleasant 13th century term? Evolution has produced a species which is geared to ambition and hard work. What sort of degeneration will be suffered by a generation which finds itself taking an increasingly passive role?

Sooner or later the question of how to reconcile our need to contribute with the fact that our contributions are not needed will probably have to be faced.  So too will many others.  How should resources be allocated?  How can we reconcile the need to produce top quality trained intellects with fairness in education?  How do we prevent the changes in scale made possible by technology from depersonalising our society?  You can think of at least ten similar questions yourself.

There is nothing original about any of this and, indeed, most politicians would agree on what the fundamental questions are. That isn’t all that they would agree on either. They all want to see a population which is properly housed, properly fed, properly educated and decently secure. The question is how to achieve it.

It is here that the political divisions emerge. Those on the doctrinaire left believe that cooperatives and public ownership will do the trick.  Those on the doctrinaire right believe that everything can be solved by private enterprise and the market. In each case there is a tendency to elevate these essentially technical views into matters of high principle, as if belief in cooperatives and public ownership was one religion and belief in the benefits of the market was another.

That, of course, is all nonsense. Cooperatives, state ownership and involvement of private enterprise are not ends in themselves but tools which can be employed in the struggle to achieve the prosperous and fulfilling society which we all want. To say “I believe that everything can be solved by private enterprise” is about as sensible as a carpenter saying “I always use a spanner”. A spanner is a useful tool if you are putting on a nut but it is useless for knocking in a nail.

If the debate about how we move our society forward is to be a fruitful one, the participants all need access to the whole toolbox. That means Socialists looking at the techniques normally espoused by Conservatives and vice versa. Save in extreme cases, we need to avoid the elevation of mechanisms into matters of principle which should be accepted or rejected out of hand. It is as foolish to say that there must be no involvement of private equity or industry in the National Health Service as it is to say that worker involvement in boards is necessarily wrong. In each case the only question is what the effects will be and how those effects fit into the framework as a whole.

It would be a great pity, then, if those who lead the debate on how our society should evolve do so from within silos defined by their political prejudices. All techniques should be considered by everyone and discussion should be cross party. In order to encourage that, we, at the Shaw Sheet, are offering a prize of £50 for the best 1000 word publishable article on the reshaping of society, received before the end of March, but to qualify the article will have to satisfy a condition. It must be jointly written by at least two authors and amongst the authors there must be members of at least two political parties.