White Elephants in the room? 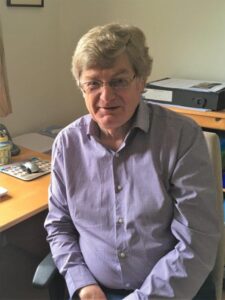 As Chancellor Rishi prepares to draw up his long-awaited Covid rescue budget, he’ll be looking at a whole host of capital infrastructure investments designed to invigorate an economy in free fall (a 10% drop in GDP is never good news).  Hopefully he’ll also serve up a plan and a rationale for his ideas, commensurate with regenerating revenues so we can afford at least the interest payments on his necessary splurge on borrowing, offset the spectre of mass unemployment by job creation where it’s needed most, and all within the umbrella of stimulating the development of green industries as part of the UK’s climate change initiatives.

Trying to imagine what might be in the Chancellor’s bag, let’s begin with Heathrow’s third runway, where in December the Supreme Court overturned a decision by the Court of Appeal to halt the development on ecological grounds that it didn’t meet the current UK climate targets.  The Supreme Court based its ruling on the less onerous climate numbers adopted by the government when the third runway was originally approved, effectively saying the project can go ahead as it met the environmental criteria at the time and the current numbers are irrelevant.  Which is fine from a purely legal point of view but it does miss the point somewhat by ignoring the UK’s recent adoption of more stringent objectives and adding to the risk of global calamity.  I imagine such logic by our judiciary, if not overturned by our politicians, will be regarded with some interest at the Climate Change summit conference (COP26) to be held in Glasgow in November, where we will be co-hosts with Italy.

Given that aviation activity has taken a severe beating in the pandemic, and that in order to meet our climatic commitments we can’t really afford for it to get back to its former heady heights, there’s a good chance that a third runway will not be commercially viable anyway for many, many years to come.  Its price tag of nearly £15 billion (including a new passenger terminal and other infrastructure buildings) therefore looks to be money that could usefully be saved or put to better use.  Of course jobs would be created during the construction phase, but these are southern jobs as distinct from those needed further North for the estimable levelling up process.  Boris had previously promised to lie down in front of bulldozers to stop construction of the runway, so he has an added incentive to take this out of Rishi’s shopping basket once and for all.  As an alternative, perhaps he could look at the opportunities for investment in regional airports and their access facilities, or indeed other public transport activities, bringing in modern efficient technology and creating jobs away from London.

Staying with the environment for a moment longer, the government could also garner more domestic good will, not to mention avoiding severe embarrassment and ridicule at COP26, by ensuring the planned new coal mine in Cumbria does not go ahead.  Again the rationale for the mine’s approval is new jobs, this time in the right part of the country, as well as the opportunity to provide our own source of coking coal for steel production.  But it does seem to fly in the face of logic:  in order to pursue the necessary reduction in fossil fuels we should be focusing on creating jobs in green industries, in the regions where they are needed, rather than adding to the pollution problem.

Moving on to everyone’s favourite, HS2 also looks like a white elephant now past it’s sell by date.  The cost of this North-South connectivity project is estimated to have increased from £56 billion in the 2015 budget to close to £100 billion, and that’s without factoring in any significant impacts from the pandemic.  The need for such a high-speed rail connection at that price now seems less urgent, especially when the real transportation problems appear to be at more local levels where a far more useful return on investment could be available with already available modern railway technology.  Making it easier for commuters to travel reliably in comfort between northern cities and towns is the need today, rather than pursuing what looks to be more of a me-too undertaking to help the UK get closer to the standards of high-speed rail travel set by other countries.

A major problem with HS2 is that, with all the delays so far, and no doubt with plenty more to come, by the time HS2 gets delivered in some form or the other by 2040 or thereabouts, its technology will be obsolete.  By that time the rest of the modern tech-savvy world will be riding in more efficient, cleaner and even faster hyperloop pods or driverless electric cars now in development for mass transportation.  So why persist with an objective and a technology going nowhere when we could make the investment work better for us and provide employment in regions where we need it most?

A recent initiative by Boris catches the eye though, and one that would bolster his waning popularity in Northern Ireland as well as his supporters in Scotland:  an under-sea tunnel linking Stranraer and Larne, similar in length to the Channel tunnel and joining up all four countries of the Union.  This evolved from the original proposal of a bridge across the Irish Sea, but in its present form the UK cross-link seems to have a better chance of approval if some technical difficulties can be overcome (ie, the extreme depth of the sea bed and the presence of an extensive ammunitions dump whose location no one thought to record for posterity).  Hopefully the commercial business plan will make sense now that Ireland has found a more direct trade sea route with the Continent by avoiding Northern Ireland.

The tunnel idea appeals to me at any rate, calling to mind a historical anecdote from the early days when serious planning for the Channel tunnel had just started and the then Ministry of Works issued a request for tenders.  Many large civil engineering companies replied with detailed proposals and quotes in the zillions.  One bid stood out though, a relatively concise one with a cost which was not even a fraction of the others.  In line with good practice, the Ministry called in the lowest bidder, Messrs M&P O’Flaherty of Dublin, for discussion.  The interview allegedly went roughly as follows:

Minister:  Welcome to London gentlemen, thank you for coming.  I understand you are co-directors of the company?

Minister:  So, let’s start by trying to understand why your materials costs are so low, shall we?

Mick:  Well sir, we already have all the digging tools we need, so we won’t be buying any more.  And there’s always a bit of black stuff left over from a previous job so that helps too.

Minister:  I see.  And what about manpower costs which also seem very reasonable?

Mick:  Well sir, the way it works is like this.  Paddy, he starts digging at one end with his shovel, and I do the same at the other end with mine, and we keep on digging and digging and with a bit of luck we eventually meet in the middle.

Minister:  I see.  But what happens if things go awry and you don’t meet in the middle?

Mick:  Well sir, if that happens it’s your lucky day.  We keep on digging and digging and you end up with two tunnels for the price of one.

We wish our Chancellor well in his unenviable quest for technological and economic winners.