Blame it on Brexit 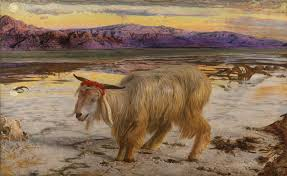 Brexit, according to most media reports, is responsible for all of our woes.  News that Nissan has reconsidered the production of its new X-Trail car, deciding that making it in Japan makes much more economic sense than Sunderland, is being used as an illustration of the damage that Brexit uncertainty is doing to the UK economy.  Evidence that UK manufacturing has been stockpiling, fearing potential Brexit related disruptions in the supply chain, is seen as a leading indicator of low growth, and the property market turnover has been slowing for some time as overseas buyers have faded due to the uncertainty.  The malaise apparently does not stop at manufacturing, with the funding of Olympic sports in danger of due to lower lottery ticket sales and (heaven forbid) our football teams struggling to recruit foreign players – how else can you explain the lack of Champions league success in recent years?  Brexit then is the root of all our problems.  Or is it?  Using our imminent departure from the EU to explain all of our economic and social ills is convenient, but risks hiding the harsh realities of other influences that we should be addressing.

Let’s look at what has been described as the impact of Brexit on the economy to date.  Business investment has been very poor, falling for 3 consecutive quarters for the first time since the global financial crash.  However, even when it was rising the absolute level of business investment in the UK was very low and a big factor in keeping productivity at a very disappointing level.  Low UK productivity predates the Brexit issue and at best (or worst), we can only accuse Brexit of inhibiting any turnaround. From an overall growth point of view the UK economy is not doing so badly on an international comparison, particularly against the larger European nations such as Germany and France, and especially compared with Italy, which is already technically in recession.  Household spending is largely the reason for this, which is more down to healthy levels of employment in the UK rather than the result of stockpiling goods ahead of Brexit.  UK employment is at its highest level since records began in 1971, making it very hard to argue that Brexit has had a big impact on jobs.

Ah, but what about the leading indicators of growth?  Surely the Nissan announcement heralds a broader slowdown?  As ever I would start out by pointing out the modest contribution that manufacturing makes to the UK economy (less than 10% of GDP).  The Nissan issue really tells us more about the car market, particularly that for diesel cars, than any impact from Brexit.  Demand in Europe is plunging and Nissan have made a very rational economic decision – what is more surprising is that they are continuing with the production of other models in Sunderland.  That the press and some politicians chose to blame the decision on Brexit may be more reflective of a need to sell papers or win votes.  The same may be said for the slowdown in property price growth.  House prices, as a multiple of earnings, had reached extreme levels and a correction was overdue; if Brexit was a catalyst for this it should be regarded positively.

Turning to the more significant contributors to our GDP, the service sector index of activity has fallen to 50.1, almost as close to decline as is possible, while the financial services sector’s confidence, according to a recent CISI survey, has hit its lowest level since 2012 (the respondents did not pull any punches in citing Brexit as the reason).  Again it is in the interest of such groups to point to Brexit – they want a deal to be struck so that they can get on with business.  If equity and bond issuance is low, and the advancement of credit disappointing, the biggest driver of this has to be the international economic outlook, and not Brexit.  Growth in China has slowed to 6.4%, its lowest level since 2008, and the prospect of a continuing trade war with the US will not help the outlook.  Adjusting our economy to a changing global outlook is likely to be more important than agonising over our future relationship with Europe.

What about the fall in sterling?  Some commentators seem to be wilfully confusing a fall in our currency with a decline in the economy.  Perversely, the UK may in fact see more deal activity as the low level of sterling triggers demand to buy UK companies.  Ok, but surely the huge shift of assets away from the City is a problem?  News that Barclays is moving £170bn of assets to Dublin, supposedly on fears of a no deal Brexit, created some concern last week and 5 of the largest international banks have transferred 750bn Euros to Frankfurt.  Moving assets around the globe is an accounting exercise; it does not necessarily mean a huge move in jobs.  Early estimates of the number of bankers that will leave London seem to have been wildly over-exaggerated.  London remains a key financial centre and a very attractive domain for international bankers, particularly in respect of tax, regulation and education.

To say that there has not already been a cost to Brexit would clearly be wrong.  There are a host of tangible examples where there has been a negative impact and a lot of consequences that are much harder to measure, such as the impact on talent and our international standing.  Perhaps the biggest impact has been on the use of parliament’s time.  Of the 47 bills passed since the referendum only 17 have covered areas other than Brexit.  To an extent this is further illustrative of the broader point – the UK is being distracted from addressing the real issues causing an economic slowdown, namely China, global growth and the general geopolitical environment, together with domestic factors, such as education and skills that generate low productivity.  Blaming everything on Brexit is just sloppy thinking.  On a more positive note, if and when we get a solution that does not provoke a major trade disruption (and even the worst scenarios only really seem to impact on goods coming into Dover) the consequence of current stockpiling will be a need to offer discounts.  Will people ‘blame’ a fall in inflation on Brexit?