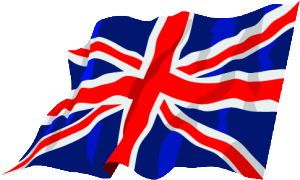 LIBYA: The Government is preparing to send 1,000 troops to Libya to support local forces in an attempt to stop Isis fighters from dominating the country.

LABOUR PARTY: Jeremy Corbyn has been warned by Peter Mandelson that the party has lost 30,000 members recently, through the resignations of long-term members.  Neil Kinnock has expressed concern that moderate MPs might be removed as a result of a possible new re-selection process which some hard line activists want to impose.

FRACKING: The House of Commons has voted in principle to allow fracking to take place under National Parks, but not on the surface of the areas which may be involved.

MUSLIM BROTHERHOOD: It has been reported that the Muslim Council of Britain, which has about 500 Muslim organisations affiliated to it, may have links with the Muslim Brotherhood.  The latter is a political party proscribed in some countries, but not in the UK, for alleged links with fundamentalist terrorism.

ASYLUM SEEKERS: It has been accepted that there are 10,000 missing asylum seekers whose whereabouts within the UK are unknown.  The report by the Government also records that more than 30,000 failed asylum seekers have not been deported even though their appeals to stay were rejected over 2 years ago.

GANGS: A leaked report has alleged that a Kurdish gang called the Tottenham Boys, a reportedly criminal gang in London, has channelled funds to the PKK, the Kurdish independence militants who are considered a terrorist group in Turkey.  It is thought that one of the gang was the target of a raid to free him from a security van, when one of those allegedly trying to secure his escape was shot dead by the police.

SLAB: Thomas “Slab” Murphy, a resident in the Republic of Ireland, has paid €1.5 million in unpaid back tax & now faces another demand for unpaid tax in the sum of £3.7 million.  It is thought that Murphy engaged in smuggling operations and fraud and transferred large sums to the Provisional IRA.

ARMED POLICE: The Government intends to give more protection to police officers who use firearms against suspected criminals.  The decision follows representations made to David Cameron by senior police officers who are concerned about the possible prosecution of police officers if there were to be a Paris style terrorist attack in London.

LORD JANNER: Lord Janner (formerly Greville Janner MP) has died.  There were serious allegations made against him concerning child sex abuse which were going to be examined in a “Trial of the Facts” and not a full criminal trial because he was deemed to be unfit to plead, due to his dementia.  It remains to be seen whether the “Trial of the Facts” will go ahead.  In the meantime, those who allege that they were abused are considering whether or not to take civil action in a claim for damages against his estate.

BINGE DRINKING: A survey has caused increasing concern about excessive drinking among young teenage girls.  It shows that the number requiring hospital treatment has doubled in 5 years and there is a worry that the drinking may cause long term health problems.

ANTIBIOTICS: There have been warnings in the past that the unrestricted use of antibiotics has led to an increase in resistant strains of bacteria.  It has been reported that for the first time in Britain Colistin, the last resort antibiotic, has lost its effectiveness against infections caused by so-called “Superbugs.”