* Lockdown man should not be confused with Piltdown Man – but he may be equally bogus. 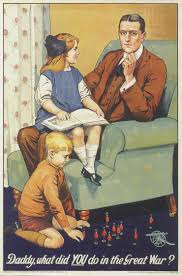 Let’s start by sharing one of the numerous ‘jokes’ sent to me across one of the myriad of Whatsapp groups that occupy so many of our idle moments in these troubled times:

“When I was at school my teacher told my parents that I would never amount to anything, but here I am lying on my sofa doing sweet FA, and saving the world!”

Attempts at humour aside, clearly the very least that is expected of us during a lockdown is to stay at home. That does not, however, sit comfortably when we see NHS workers, carers, bus drivers and supermarket staff risking their lives daily to ensure our safety and well-being. Most of us want to do our bit, not just to be able to respond to the titular Fist World War question from children and grandchildren, but because it seems right that the burden is more equally shared. But what can we do?

I had an early brief idea of applying to help stack shelves in supermarkets. However, there are others that need the work, I would have been very bad at it and I couldn’t bear the thought of being rejected. The prospect of joining the much-needed band of fruit and veg pickers was rejected for the same reasons, with travel an additional factor (as an aside of the 50,000 that applied as pickers only 112 have taken up offers, with many apparently having been unaware that the jobs involved them travelling to the countryside). So it was with great delight and relief that I leapt at the opportunity of becoming an NHS Volunteer Responder.

For those who missed it, this was a government initiative to mobilise support from the able-bodied within the community to help those struggling in isolation, thereby relieving some of the pressure on the NHS. Once approved, and having downloaded the app to your phone, you become part of an army of 700,000 people, ready to be asked to support those in need in your area. Whenever you set your status as available you may receive an alarm asking you to respond to one of four types of request. It may be to just check in and chat to someone who is in isolation, collect and deliver a prescription, driving for the Royal Voluntary Service and the NHS, or transfer a patient by car.  This all sounded ideal in terms of allowing people like me to make a positive contribution. In reality that contribution is so far proving to be limited.

The first issue is entirely understandable, and in some ways quite encouraging. With so many people signed up to help (there are 30 people available within a few yards of my house at any one time), the extent to which people have been called into action has been quite limited. So far, in the 586 hours that I have been “on duty” I have received just 3 calls. If we are now over the worst it seems unlikely that the need will get any greater.

The second is more embarrassing. It is all very well downloading an app, quite another thing when it comes to using it. When my phone alarm sounded for the first time I got very excited. In accepting the call I was shown a bandaged cartoon character around 400 yards from my house. Wasting no time I leapt into my car and drove to the scene – only to realise that I did not have a specific address. The first door I knocked on was the home of a perfectly healthy young woman who suggested I try a few doors down, where an elderly woman lived alone. This lady was also very well, but had limited English – pointing further down the road and saying “Chemist”. Further investigation showed the chemist to be a lot further away and clearly not the correct destination. The only other possibility was someone in a flat in the large block on the opposite side of the road. This did not make sense. I decided to reinvestigate the app and shamefacedly discovered a further facility that told me that all that was required of me was to call to check on someone in isolation.  Finally I made the call to a pleasantly surprised lady who was “very well, thank you”.

The technophobe had clearly not covered himself in glory – but surely he would get it right the next time? Well, yes and no. The next time the alarm went I responded quickly and actually managed to hit the right buttons. Again it was to check on someone who was isolating. This time I spoke to a young woman who suffers badly from asthma and has to use a wheelchair when going out. She had been struggling a couple of weeks ago but was currently fine. However, I was the third person to call her that day and, while she did not have an issue with this (we had a very entertaining chat, discovering that we were both originally from Leicester), none of the people calling had been local to her. If there had been a problem it would have been very difficult to help. The map on the app had her location as Islington, while her true address was in Hayes. Calling or messaging the system to correct this is not easy.  I have not been aware that such issues have been widespread, but the net effect was to further reduce the potential effectiveness of my efforts in support of the Covid-19 war.

As, thankfully, the peak in infections seems to have been passed the chances of my making a meaningful contribution as an NHS Volunteer Responder seem to be receding, particularly as the system has been refined to give enhanced status to responders who have had a recent DBS check (which I don’t have) to help those with dementia or learning difficulties. It is time then for a selfless return to the sofa and further trawls through the Netflix catalogue until the lockdown is eased. As Milton wrote: “They also serve who only stand and wait”.