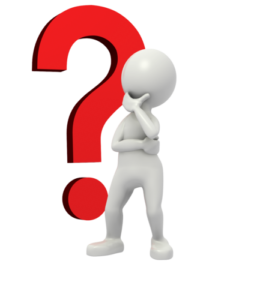 The beauty of statistics is that they can be adapted to support any argument.  The UK economy is slowing rapidly, but the extent to which this has been the result of Brexit uncertainty, as opposed to a general global malaise, has been hard to isolate, making it easy for both leavers and remainers to use the data to justify their stance.  Negative second quarter GDP growth (-0.2%) has prompted much “ I told you so” reporting but, given a global slowdown led by China and the US, and a particular poor performance from several key countries in Europe (annualised German GDP is running at -0.4%) it is hard to suggest that the UK malaise is largely caused by Brexit uncertainty.  Now, however, a Bank of England working paper entitled The Impact of Brexit on UK firms has attempted to isolate the impact of Brexit uncertainty, and the numbers are distinctly unsettling.  Assuming the data has validity (and we will discuss this) we can attempt to extrapolate for the costs of the next stages of the Brexit process and understand just how big a mess we are in.

First, a little more about the research itself.  The Bank uses a survey of UK firms called the Decision Maker Panel which has questioned 7,200 key individuals at UK firms on a monthly basis since the Brexit referendum, essentially covering around 14% of the UK private sector.  As a sample size this is pretty good, but we should be aware at the outset of an inherent confirmation bias within the process.  Only 24% of the panel is positive on Brexit, as opposed to 52% in the referendum, and this must to some extent skew the results.  Nevertheless, if we credit these senior individuals with a reasonable degree of objectivity, the results are still worthy of consideration.

So what of the conclusions? On the face of it the first is really not surprising and in itself may not justify the man-hours of research – Brexit has produced a large, broad and long-lasting rise in uncertainty over the 3 years since the referendum.  However, although other shocks to the economy, such as the OPEC oil price rises in 1973 or 9/11, had an initial severe impact which then dissipated over time, this is not the case with Brexit.  The survey produces a Brexit Uncertainty Index which has remained resolutely high over the period, with over ½ of the respondents putting it in their top 3 sources of uncertainty consistently.  These uncertainties involve: the relationship with the EU, how it will affect market access, the supply of labour, product regulations and the transition process.  When looked at this way it is hard to see an early end to the uncertainty, even when our departure occurs.

This brings us to the second key finding – the impact on business investment, which is purportedly 11% lower than would otherwise have been.  This fall took longer to occur than expected, but has been a steady process rather than a severe move followed by a correction as many had forecast.  Again it is hard to see what, in the short term, is likely to change confidence so that this number is reversed and lost ground recovered.

Why does this matter so much? Well this takes us to the final message from the survey, which is the impact on productivity.  Without business investment it is hard to generate an increase in productivity and hence any progress in UK growth.  Essentially we consign ourselves to low growth or a relentless modest recession.  The survey comes up with a rather wide range of estimates of the hit to productivity from Brexit uncertainty of 2-5%.  This is not surprising given the notorious difficulty in measuring productivity, but what is surprising is that the cause seems to go beyond a lack of investment – it is also about the amount of senior management time spent on trying to work out the implications of Brexit.  70% of both CFOs and CEOs reported spending some time on Brexit each week.  This cause of lost of productivity will also go well beyond our exit, given the persistence of uncertainties.

Is this all universally bleak?  If there is a global slowdown and we have additional constraints of our own making then the outlook could be grim.  There is, however, an alternative way of looking at it.  Once we have sorted out the terms of our departure, one could argue that much of the investment withheld could be forthcoming, thereby producing a significant boost to growth, making up much of the shortfall (although the global backdrop may not make this easy).  Further, while much of the literature that points to the negative impact of Brexit cites a decline in free trade as the cause, many contend that new trade agreements outside Europe could generate a better trading environment.  Some economists, such as Patrick Minford, argue that general free trade lowers consumer prices and stimulates the movement of resources to more productive sectors.  Many of us have faith in the adaptability and flexibility of the UK economy and that, once the uncertainty of Brexit passes, we can make up for lost time.  At least we now have an idea of the costs of that uncertainty.  What we don’t have is any real idea of how long that uncertainty will last.