The Queen and the Khatoun 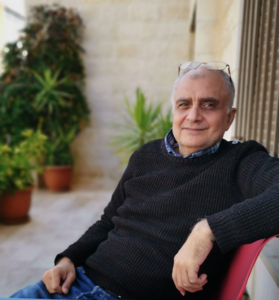 To the French, the 14th July marks “Bastille Day”, a turning point in the French Revolution and a day of celebration across the country.  For the Iraqis, it is the day when Brigadier Qassim overthrew the Hashemite Monarchy in Iraq in a bloody coup that after sixty-four years still divides the nation, if it can be called that!  Regardless of the motives and political events that led to the revolution against King Faisal II, it remains stigmatized by its brutality and the massacre of the King and most of his family at Al-Rehab Palace.  It’s a moment in history that remains imprinted on the conscience of every Iraqi even today.  Some claim that Iraq’s recent history of war, turbulence, persecution and atrocities is all down to the curse that befell the country since the Royal family (direct descendants of the Prophet Muhammed) were mercilessly butchered.  Others attribute all of this to how the British drew the map of modern Iraq in 1921, so bringing about an artificial country of incongruous ethnicities, sects and peoples.  The prime architect for drawing this map of modern Iraq out of old Mesopotamia was a British woman, Miss Gertrude Bell.

Although little known to most Westerners (except history nerds), Miss Bell was brought to life in a 2015 film dramatization – Desert Queen, starring Nicole Kidman.  It did not do Miss Bell justice.  The title is the first of many historical blunders in the film.  The real Desert Queen was born ninety-two years before Miss Bell in 1776.  She was Lady Hester Stanhope.  Both women left their mark on Arab history in different ways and they continue to provoke sentimental feelings among some Arabs.  Miss Bell is most remembered as the kingmaker whereas Lady Hester’s romantic association with the Arabs of Syria and Lebanon is both admirable and sad at the same time.

Whereas Lady Stanhope’s sojourn in the Middle East was at a time when the Ottoman Empire was still the dominant force in the region, Miss Bell came at a time when the Western colonial powers were carving up the Middle East among themselves.  But there are similarities between the two women.  Both seemed to have settled, and ultimately died, in the region following a failed love story.  Both threw themselves wholeheartedly into their new vocation.  Lady Stanhope is credited as the first to use modern archaeological principles in her excavation work in 1815 at Ashkelon north of Gaza, while Miss Bell’s first encounter with the Middle East was as an archaeologist.  Indeed this is how she met T.E. Lawrence in 1909 at Carchemish (Jarablus in modern Syria).  Both women also gained the trust of the formidable Druze of Lebanon but this is where the similarities end.

Bell went on to make her name elsewhere.  Lady Stanhope lived the remainder of her life among the Druze and sometimes antagonized their leaders with the power she wielded in their territory.  In 1832, for example, Ibrahim Pasha of Egypt sent her an emissary, requesting that she and the Druze remained neutral while his army marched through much of greater Syria fighting against the Ottoman Empire.

The title of “Desert Queen” is what Lady Stanhope bestowed upon herself after successfully organizing a trip from Deir Al-Qamar in the mountains of Lebanon to the ancient desert kingdom of Palmyra.  It’s an arduous journey that involved negotiating mountains and crossing a desert, which she did with the help of the sons of Sheikh Muhanna Al Fadhel, using 12 camels, 25 mules and 4 horses.  She paid dearly in financial terms.  As the story goes, when she arrived in Palmyra there awaited her hundreds of eager Bedouin, among them several poets who sang her virtues and crowned her as the new Desert Queen.  This British aristocrat, the niece and close confidante of William Pitt the Younger, continued to use the title of “Desert Queen” till her dying day.  She lived in a succession of disused monasteries, the third of which was known as Dar Al-Sitt (House of the Mistress).  She lived there until her death in 1839.  Although she continued to receive guests from England for much of her life in the Lebanon, we do not know if her views on the region or its politics were ever taken into consideration by decision makers in London.  Notwithstanding the title that she gave herself, we can only conclude that the title Al-Sitt, which she earned from her neighbours, is indicative of how highly they regarded her.

We do not know how well Lady Stanhope spoke Arabic but again we can guess that over time she must have acquired a reasonable fluency in the language.  However, we can say with absolute confidence that Miss Bell’s Arabic was very advanced.  So much so that she quoted Jahili Poetry in her letters – a style of poetry predating the advent of Islam fourteen centuries ago and not easily accessible to laymen and the uneducated.  Like Lawrence, Miss Bell was recommended by Lt. Cmdr. David Hogarth to become an Army Intelligence officer when she was assigned to its Cairo office in 1915.  It is through this that she met and clashed with T.E. Lawrence in the years to come.

Both Lawrence and Bell were ardent supporters of the Hashemites and lobbied tirelessly on their behalf at the Cairo Conference of 1921, which was specifically set up to discuss and decide on the future of those Arabs under British mandate.  She was the only woman among forty experts summoned to the conference (otherwise known as the Forty Thieves in both Arab and British literature).  Accordingly, both Lawrence and Bell are credited with the creation of modern Iraq and Jordan under King Faisal and King Abdullah respectively.  However, they did not always see eye to eye and went about their schemes in their different ways.  After the First World War Lawrence returned to England.  Following the Paris Conference in 1919, which effectively gave Prince Faisal nothing, many Arabs felt betrayed by the British.  Lawrence was very vocal in demanding that Britain honoured its pledges to the Arabs and wrote several articles and letters in the British press, both under his own name and anonymously, a tactic and an approach that infuriated Gertrude Bell.  She is supposed to have described him as being able “to ignite fires in cold rooms”.  Another important difference is that Miss Bell was opposed to Zionism but Lawrence believed that Arabism and Zionism could be reconciled and is said to have arranged a meeting between King Faisal and Chaim Weizmann, the Zionist leader, in London.

The title that Gertrude Bell earned herself from Baghdadis was the “Khatoun Baghdad”, “Khatoun” being of Turkic origin and meaning “Consort of Baghdad”.  It is indicative of the powers that she exercised directly and behind the scenes throughout her stay in Iraq.  She is known to have cultivated the friendship and the trust of not only King Faisal I but also leading Iraqi politicians, notables, officials and tribal sheikhs.  We can also say that the title “Khatoun” has a double meaning.  On the one hand it is a term of endearment which reflects respect, but on the other hand it is also indicative of palace intrigues.  To her friends and foes, the Khatoun is credited with laying the foundations for both the National Library of Iraq and the National Museum of Iraq.  The British diplomat, travel writer and ex-Conservative Party Member of Parliament and minister, Rory Stewart, wrote:

“When I served as a British official in southern Iraq in 2003, I often heard Iraqis compare my female colleagues to “Gertrude Bell.”  It was generally casual flattery, and yet the example of Bell and her colleagues was unsettling.  More than ten biographies have portrayed her as the ideal Arabist, political analyst, and administrator.”