The pensions gap dwarfs that of pay. 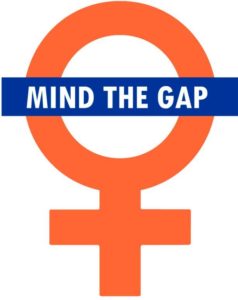 The waves of press coverage naming and shaming the worst corporate offenders when it comes to gender pay gaps have reached the point of overkill.  The worst offenders seem to be financial services firms, and most have now held their hands up and pledged to redress the balance, having been forced to reveal the data.  The process is going to take a long time, partly because of the entrenched structures that inhibit the promotion of women, but at least there has been a start.  However, one down side of the campaign is that it has neglected a much bigger issue of gender inequality – that of the gap between the incomes of men and women in retirement.  In the same way that the plight of millennials has distracted from underlying problems of pension poverty, the gender pay gap debate has missed the key point that most pensioners living below the breadline are women.  Some steps have been taken to correct the state component of the imbalance but much more will need to be done.

The gender pay gap is, we are told by the ONS, on average around 9%.  There is little to justify why this has developed, beyond some modest bias towards women working in lower paid industries.  When it comes to financial services the gap is much worse, as much as 30% or even 50%.  There are a number of factors behind the pay gap, but reluctance to promote women and the career gaps that result from taking time out for childcare are a part of the endemic malaise.  While over time these factors create a large pay differential, the impact on an individual’s pension pot is of an even greater magnitude.  Lower pay means lower pension contributions, and no pay during a career break means no pension contributions.  Extrapolated over a career, the cumulative impact becomes significant so that, by retirement, the average man has a pension pot almost three times as large as the average woman (£71,000 compared to £24,900 according to the insurer Aegon).  A 9% pay differential is bad enough; a 300% pension gap is nothing short of shocking.

When looking at the state contribution to retirement earnings, the situation is not much better.  For anyone who has paid 35 years of national insurance contributions the state pension is £159 per week, but once again it is much more difficult for women to make sufficient contributions to get that full pension.  As a result (reported in a recent survey by Which?), the average retired man receives £153.86 per week from the state, compared to just £125.98 for women.  Over a typical 20 year retirement period (and that period is getting longer) the difference in income amounts to around £29,000.  Part of the problem has been getting the right information to the right people, with many women in unpaid caring roles who could have claimed NI credits for their state pension.  The new state pension is much simpler and will help, according to the DWP, 3 million women to be on average £550 better off.  However, given that this will take until 2030 to happen, it is not a great consolation.

Auto-enrolment has helped many start to build up pension savings, but unfortunately again it is women that are benefiting least.  The trigger earnings level for employers to enroll staff into a pension is £10,000.  Many women working part-time are not hitting this level and those that are holding down two part-time jobs (and many women do) that in total exceed the threshold, still miss out because the system does not aggregate earnings across employments.

The obvious question is: what can be done about this?  The solution will need to come from 2 directions.  First, the individual will need to try to contribute more to a pension.  This is easier said than done given that many need every penny to survive, but a mistrust of financial advisors means that many are nevertheless ignoring the tax incentives of pension saving even when they could find some money to set aside.  The other individual action is to look at gaps in NI contributions and fill them, as well as checking whether you are due national insurance credits because you are on a low income or are taking care of young children.  However, all of these individual measures will not be enough to arrest a widening gender pension gap that has tripled over the last 10 years.  The only way this can happen is for government policy to change.  Auto-enrolment will need to be extended to lower income groups, with individuals earning minimum wage perhaps being excused the minimum contribution rate.  In addition, a way of aggregating earnings for those with more than one employment will help get more people into auto-enrolment and saving bigger amounts.

Longevity data may point to a narrowing in the difference in life span between men and women.  This narrowing should be the result of better health in men, rather than due to women being driven to an early grave by lack of resource.