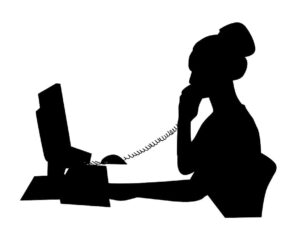 This week*, we look at the issue of statistics relating to test and trace.  This system is meant:

Before looking at the issues with statistics about test and trace, it is worth recollecting the history of this system. It was meant to combine:

The Smartphone app was developed by NHS-IX as a new product, in spite of the fact that other countries had already developed such apps, some with the assistance of Apple and/or Google.  The idea that coders in the NHS would have the skills to quickly develop an app that would be superior to what was already available was dubious from the outset, and was confirmed when the app was discontinued following trials on the Isle of Wight.

The reason given for veering away from the app was that people actually preferred contact with healthcare officials, rather than receiving a text or email from an anonymous system.  However, only around 3,000 of the 25,000 recruited as contact tracers were healthcare professionals and whether contact from a call centre run by SERCO would be seen as preferable to receiving a text or email must at least be worth some debate.  And, by definition, this system would miss those not known to the person testing positive.

The “world class test and trace system” announced by Boris Johnson in late May has thus become a manual system, with many of the 25,000 contact tracers having very little to do, yet racking up a £10 billion bill as at the 9th July.  It is hard to see where this money has gone as 25,000 tracers even at £1,000 per week would only burn through £250 million in 10 weeks and the bill is 40 times that – must be all those management consultants setting up the apparently dozen or so separate systems to record all the data.

Given this complexity, statistics from the system come out some time after the event; for example data for the latest period ending 15th July was published on 23rd July.  Some key highlights over the first seven weeks of the system include (averaging over the seven weeks):

Around 200k contacts have been generated by the system, three quarters in different households from those of the person with the positive test

The good news from this data is that around 150k individuals that would not have otherwise been reached have been asked to self-isolate and that the percentage of those providing contact details is increasing over time.  The bad news is that no contacts have been generated from nearly half of those having positive tests and that the proportion of contacts being reached is declining.  Add to this the fact that no contacts not known to the person are being generated due to the absence of the Smartphone app and it is clear that the “world class” system is a long way short of this label.  Whether this system is worth the £10bn that has been spent on it remains an open question.

Next time, we look at the factors affecting death rates from COVID-19 which, in spite of repeated assurances from politicians, are still not as clear as they should be some five months into the pandemic.

*This article is one of a series, find last week’s article “Testing Statistics” here.