But not to China. 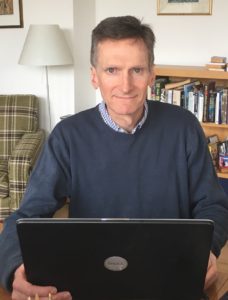 Poor old Hollywood.  The dream factory is being troubled by nightmares.  Desperate for a slice of the $9 billion Chinese box office, not only is it making ‘Chinese’ films but it’s all too willing to appease the officials who control access to this market (according to the free speech group Pen America), compromising freedom of expression by self-censoring and by providing specially edited (ie censored) versions of movies for the Chinese market.  All to no avail, it seems.  Disney’s Mulan failed in China last year, and Marvel Studio’s new blockbuster Shang-Chi and the Legend of the Ten Rings has not been passed by China’s censors, even though it’s the franchise’s first Asian superhero film and has a largely Asian cast and Mandarin dialogue.

Marvel’s difficulty in selling its movie to China illustrates a number of points.  The first and most obvious one is that it has always been difficult selling to China.  No matter how many free trade deals the West imposed on China in the nineteenth century, and no matter how many gunboats and armies the West sent to China to enforce them, China was always reluctant to buy from outside – while being very happy to sell its own products to the wider world.  And no matter how many US presidents and other leaders of the West might complain about it, this unfair imbalance of trade persists today.

The second point is that, while China may be protectionist, protectionism isn’t the whole story.  Two hundred years ago, there was little demand in China for the mass-produced and often mediocre products of the industrialised West because the goods created by its own skilled craftsmen were often superior (and for the same reason, there was a huge demand for Chinese goods such as silk and porcelain in the West).  Similarly, today, an efficient Chinese film industry turns out blockbusting and spectacular martial arts action adventures, historical epics and fantasies of magic and mystery (though, significantly, little to match the humour, humanity, sophistication and emotional or intellectual depth of recent South Korean films), so why would its audience want to watch a foreign imitation of such movies?  What appeal could a faux-Chinese movie – with its almost inevitable cultural faux-pas and its insulting and off-putting whiff of cynical opportunism – have when the real thing is so readily available?  Hollywood’s attempts to sell ‘Chinese’ films to China is almost as if British potteries had tried to sell their Willow Pattern ware (the faux-Chinese blue and white ceramics with their faux-Chinese designs telling a faux-Chinese folk tale, mass-produced to cash-in on the appetite for all things Chinese in the home market) to China in competition with genuine Chinese porcelain.

But the third and most interesting point raised by this business is about the power of stories and story-telling.  Stories are powerful because they’re the expression of an individual human’s heart and mind and because they have a unique ability to influence the hearts and minds of other individual humans.  For this reason, all authoritarian regimes are very wary of them and are ultra-sensitive to their power.  The authority of such regimes depends upon maintaining a monopoly on stories, on making sure that their own story retains an unchallenged hold on the hearts and minds of their people; hence their characteristic dependence on censorship and propaganda.  As Jawad Iqbal wrote in The Times earlier this month; “Beijing enforces one of the world’s most oppressive censorship regimes and its internet firewall is the world’s most advanced system of digital censorship; the only stories it allows to be told are those it approves of.”  Hollywood is the ultimate story-telling machine – no wonder Beijing is so wary of its products and so reluctant to allow them into China’s cinemas or onto its citizens’ personal computer screens.

Such sensitivity is apparent in Beijing’s current war on the celebrity culture which has taken root even in China; Chinese pop stars and movie stars – hugely efficient vehicles for stories which the authorities might not be able to control – are being humbled and cut down to size; condemned as “effeminate” or fined and jailed for tax evasion or simply ‘disappeared’.  The other side of this culture war is the accelerated promotion of the CCP’s official storylines; ‘Xi Jinping thought’ was added to the national curriculum last month, with text books teaching children that “Grandpa Xi always cares about us”.  (Will your grandpa do as good a job as our big brother?  The echo of Orwell is surely unintended.  The flip-side of turning your back on stories from the outside is that ironies which the rest of the world might find amusing and telling in such slogans are likely to pass you by.)

Beijing’s sensitivity to the power of stories to capture hearts and minds is apparent not only inside China; it’s also becoming apparent externally, in the latest tactics employed in the grand strategy for its neo-colonial expansion throughout Africa.  Perhaps aware that many Africans are becoming alienated and angered by China’s rush to secure the resources of their continent by taking over mines and building roads and railways with little investment in or promotion of local human resources, and by lending vast and impossible-to-repay sums of money to debt-ridden African countries governed by corrupt elites, Beijing is now trying to woo the continent’s population with the soft power of story-telling.

Twenty years ago, StarTimes, a Chinese television network company, began to broadcast martial arts movies and costume dramas to Africa for the increasingly large audience of Chinese people working there.  But local audiences soon began to take an interest in its shows as well, especially once it began to dub the programmes in English and French.  This attracted the support of Beijing, with funding from the state-run China Development Bank’s China-Africa Development Fund.  Ten years ago, the launch of its digital tv network was graced by the presence of politicians and officials from China’s state media, the central propaganda department and the international liaison department.  It launched a Swahili-language channel and a Hausa-language channel, and it now delivers Chinese state media to 12 million digital tv users and 20 million mobile users in over 30 African countries.  Its popular martial arts movies and costume dramas are reaching an ever-increasing audience.  It aims to become “the most powerful and influential media group” in Africa.

Hollywood must be horrified.  Is China managing to seduce a whole continent away from it with kung-fu movies and traditional Chinese costume dramas and without even condescending to make Lion King / Black Panther type ‘African’ films?

And it would be interesting to know if any African movie-makers have managed to sell their films to China.