The strange tale of the saltire and the estelada. 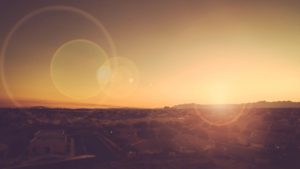 Hogmanay, Edinburgh 2006.  Revellers surging along the city’s George Street may scarcely have noticed the latest addition to the city’s industrial-scale New Year celebrations – large electronic billboards at each end of the street, one closing off the elegant Georgian Charlotte Square which now houses first minister Nicola Sturgeon’s official residence (yes, she has one), the other fronting St. Andrew’s Square and the once-upon-a-time headquarters of our once-upon-a-time world-leading financial institution, the Royal Bank of Scotland.

There’s some sort of metaphor in that conjunction, but it was the billboards that engaged a youthful Antoninus’ attention on that chilly day.  Both sported colourful animated displays – fluorescent reds, blues and yellows predominating – promoting the somewhat generalised merits of Catalonia.

At the time, the average Scot (not to mention Brit) might have had a vague memory that Catalonia was something to do with the Spanish civil war and that George Orwell had written a book about it  Pushed, a minority might even have hazarded a correct guess that the city of Barcelona was in Catalonia.  Tucked away at the bottom of these billboards was the legend ‘Generalitat Catalunya’, the regional government of the province.  Most advertisers at large public celebrations are usually punting less cerebral products than government – drinks, concerts, consumer products, whatever.  What were the Catalonians doing spending their taxpayers’ money pushing an amorphous message to a Northern European crowd more interested in music, alcohol, and fireworks?

Scarcely a year later, we elected our first SNP government and Catalonia’s interest in Scotland started to become a little clearer.  Rallies for Scottish independence, always heavy on our own flags, began to sport ‘esteladas’, the Catalan independence flag.  In the run up to our referendum in 2014, a group called ‘Catalans per la independència d’Escòcia’ emerged and Alex Salmond was photographed with a member of the group clutching an estelada.  Curious, because the SNP saw Scotland’s future as a member of the EU.  Membership required the approval of Spain as one of the existing member states.  Spain was unlikely to be impressed by our erstwhile leader promoting the breakup of their own country.  Not a wise move.

If our nationalists felt the warm clutch of Catalan solidarity in 2014, they have returned the favour, and in spades.

In 2015, when the Catalonian separatist government just avoided a clash with Spain’s constitutional court by dubbing their first independence referendum a ‘Citizen Participation Process on the Political Future of Catalonia’, our first minister Nicola Sturgeon offered to put together a team to mediate between the parties.  Like a stone, that act of hubris sank without trace.

The illegal Catalan independence referendum on 1st October last year saw an upsurge in Scottish nationalist support for that cause.  It began with a relatively muted statement by cabinet secretary Fiona Hyslop responsible for external affairs (even though the Scottish parliament has no powers in that area).  She urged the model of the Edinburgh agreement that preceded Scotland’s referendum as a way for the Spanish and Catalonian governments to proceed.

As the vote got closer, individual SNP politicians started to break cover on the subject.  At a pro-independence meeting in Edinburgh, Joanna Cherry, SNP MP and QC declared, incorrectly, that the Catalan poll was legal. SNP MSPs Ivan McKee and Kenneth Gibson attended the same event, along with ex-MP (he lost his seat earlier last year) George Kerevan.

Ms Cherry also popped up in a scarcely-balanced international parliamentary delegation of MPs that observed the vote on 1st October, along with her colleague Douglas Chapman MP.  The delegation managed to issue their conclusions (poll properly conducted, Spanish state out of order) on the very day of polling itself.  Other more informal observers included ex-MPs Paul Monaghan and Margaret Ferrier and a gaggle of crowd-funded members of the curiously-named ‘English Scots for Yes’.

Unfortunately, the poll was accompanied by some heavy-handed action by Spanish police.  In an instant froth of online outrage, accusations of ‘Francoism’ and fascism suddenly appeared and an otherwise respected Scottish journalist tweeted ‘Catalonia in uproar. Tanks deployed’ only to issue a follow-up correction that they weren’t, but there were ‘1000s of armed police’ on the streets. Well there would be.  Every last local bobby issuing a parking ticket in Spain carries a firearm.

Things started to calm down in the wake of the actual vote but not before George Kerevan (q.v.) managed to conflate an illegal referendum in a modern democracy with the Communist regime’s crackdown on Solidarity in Poland in 1981.  If Madrid closed the Catalan parliament he opined (it didn’t), the Catalans should set up an underground state. Rather limply, Nicola Sturgeon said that Spain couldn’t ignore the two million Catalan votes for independence, glossing over the fact that that’s precisely what the SNP have been doing ever since our own referendum in 2014 (in which two million, 55%, voted ‘No’).

As I write, virtually the only public expression of support for Catalonia you’ll see in Scotland is the occasional estelada draped over a bridge along with a few saltires and slogans by a small group of nationalists who mount demonstrations unconcerned with road safety and who style themselves ‘bridgivists’ (bridge activists).

It’s probably a low point.  I don’t discount an upsurge in interest in Catalonia amongst a wider group of Scottish nationalists when the next perceived outrage against the freedom-loving people (well, minority of people) of that region of Spain occurs.  Nationalists, as we’ve discovered here, thrive on a sense of outrage and grievance.  It may be one of the few things Scotland and Catalonia have in common.

In the meantime, our two SNP MEPs continue, while we’re still in the EU, to sit in the parliamentary group of the European Free Alliance, whose members include not only Catalan parties but a rag tag and bobtail army of separatist movements from across Europe. Independent Cornwall, anyone?