The long road to financial health. 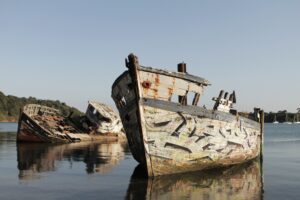 A combination of decent weather and an easing of lockdown restrictions have made us all more bullish. Fuelled by an upbeat PM, with academic gravitas added by Andy Haldane, the Chief Economist of the Bank of England, we are left expecting a quick economic recovery and a return to a healthy normality.  For many this will hopefully be the case, but for a significant minority the financial impact of the pandemic could have a long tail.

Two weeks ago, Andy Haldane, added to his “coiled spring” comments by arguing that “more likely than not we are set for a rapid-fire economic recovery.  That is coming, and I think that it is coming soon”.  The issue for Andy Haldane, and potentially for Boris Johnson, is that the economic recovery could be held back by excessive caution, and what Mr. Haldane calls “Chicken Lickens”.  That there is the fuel for a recovery is not to be doubted – as we have discussed here before the additional household savings that have been built over the last 12 months, while people have been unable to spend on holidays and entertainment, probably amounts to £125-150bn.  If a healthy amount of this excess saving is now spent  the economy could indeed do very well.  For the government this would be welcome news and potentially taken as a signal that they could step back from the extreme support measures currently in place.  The concern for the Bank and the government is that people hold on to their savings.  Encouragingly, there are some signs of consumer confidence returning, with retail sales bouncing back 2.1% in February.  However, using such positive indicators to guide policy risks ignoring the impact of the last 12 months not on those comfortable savers, but on those who are much less fortunate.

To illustrate the point it is worth considering two studies released in the last few days, one for households and one for the commercial sector.  The charity Turn2Us has said that 1 in 4 people will need at least a year to see their finances back at a pre-pandemic level, with the average being 17 months.  This is a problem at a basic level; 15% are finding it hard to pay their rent or mortgage, 19% are struggling to pay their bills and 17% are have issues finding enough money for food.  The Trussell Trust reported a 47% increase in their delivery of emergency food parcels in the 6 months to September, to a total near 2 million.  The impact of this goes beyond the financial, with Turn2Us reporting 62% of those struggling financially as having their mental wellbeing affected, 33% with significant consequences.

The second recent study, which shows that almost 80% of commercial rent was unpaid for the most recent quarter, points to elements of business that may also take a lot longer over their financial recovery.  The commercial property management platform Re-leased, reported retail businesses only paying 15% of their rent, down 7% on the previous quarter.  The level of commercial rent arrears built up between March and December has been estimated at £4.2bn, and will have risen considerably since.  Isolating how much of this problem is fundamental, due to the decline of the high street, and how much is a temporary impact from the pandemic is not easy but there is an argument for measures such as the Coronavirus Business Interruption Loan Scheme and the deferment of VAT payments to continue.

The 2 reports are not mutually exclusive – those struggling businesses will be employing a lot of the individuals suffering from financial privation.  Nevertheless, of the 2 studies the impact of the pandemic on individual finances is the one that gives greatest cause for concern.  To be fair to Andy Haldane this issue is not lost on him, and he has highlighted that the pandemic has made existing social disadvantages much worse.  He has said: “the deepest and the most damaging of those scars will be felt by those least advantaged in the job market”.  Turn2Us have used their study to argue for making the £20 uplift in Universal Credit permanent, a need to extend legacy benefits and ensuring that everyone can access adequate sick pay.