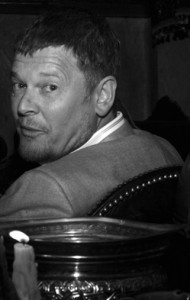 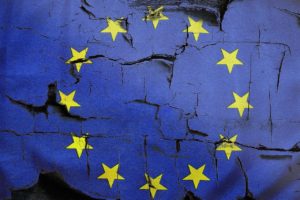 David Lloyd George had a cruel wit: when Neville Chamberlain followed Stanley Baldwin as Prime Minister in 1937 he undermined Chamberlain’s moment of glory by saying that he had made “not a bad Lord Mayor of Birmingham in a lean year”.  Oh, that the Welsh Wizard was still around to deploy his wit on the subject of Jean-Claude Junker, whose previous experience extended to being Prime Minister of Luxembourg for eighteen years.  There is no comparison you might say; and you would be right.  Birmingham is twice the size of the tax haven principality, for a start.  But Mr Junker’s long reign there does keep coming back to bite him, like his counterpart in the United States he ignores the rumours, but they don’t go away.

Not even the wash of new allegations now wetting Mr Junker’s disdainful toes seems to dismay the Tory Remainers, who won a famous victory in the House of Commons last week when they managed to pass an amendment to the EU (Withdrawal) Bill.  This may yet come to gnaw at their grand strategy of not Leaving, or not Leaving much, even if it survives further stages of the Bill and is not reversed. An outcome of the terms agreed for withdrawal not to the taste of the Leaver faction could of course be rejected from that direction.  That thought does not seem to have occurred to Mr Clarke and Ms Soubry; yet.

But it does throw a further spotlight onto David Davis’s apparently, but probably not, throwaway remark last week that the agreed steps so far are statements of intent, not firm legislative intentions.  This applies to all sides of course; Mrs May has always been clear that nothing will be signed until all is agreed, and on the other side of La Manche the agreed deal must be ratified by all the member states.  It will be rammed through by Mr Junker if he can, but no doubt some of those states will have little shopping lists or special requests which may flutter onto Mr Junker’s desk.  All this no doubt will be starting to rouse the interest of that secretive but key Whitehall department, The Department For What Do We Do If.

The Department For What Do We Do If (“DFWdodo”) makes plans for the unexpected, for dealing with wild cards and bolts from the blue and for that thing that could never happen.  In this case it will no doubt be thinking about what we do if Britain’s intention of leaving the EU is frustrated by unexpected events.  Unexpected events would no doubt include the loss of a vote of confidence in the Commons by Mrs May’s government (you might think that is hardly an unexpected event) and an electoral victory by Mr Corbyn (ditto).

But  DFWdodo must also be considering what would happen if the Commons vote on final terms was lost by the government.  Article 50 having been triggered, the United Kingdom will be leaving the European Community on 29th March 2019.  If all parties agree, that date could in practice, though perhaps not in law, be modified or delayed.  But if the government cannot get its Brexit deal approved, what chance that it could persuade Mr Barnier to amend the leaving date?   And what happens to the government if it cannot get a primary piece of legislation through the Commons?  In the normal way of business there would be a vote of confidence, and if it were not obtained, an election.

If the government wins such an election; what then?  We would leave without a deal, possibly.  If Mr Corbyn’s great moment finally arrives; what then?  Indeed what then?  Let’s go back a step.  The Labour Party in Parliament are moving to a position that they will not support any likely deal Mr Davis and Mrs May procure.  This may be a matter of great principle; it may be a clever piece of political expediency.  Whichever or indeed if both, it could be a policy that badly backfires.  The strongest support for Leave in the Referendum came from predominantly working class constituencies, especially in the north, Labour’s safest seats, their heartland.  Is Mr Corbyn contemplating an electoral campaign based on (effectively) staying in the EU?  That might win him a few more seats in London (maybe not many if Mr MacDonnell keeps talking about tax rises) but lose him swathes of urban provincial seats, supposing the Tories can pull together enough to campaign on a Leavist ticket.  Lack of UKIP also ought to help the Tories – those Labour voters who supported UKIP are not going back to support Labour whilst Brexit is still being fought over.  And no, none of this will benefit the Liberals, who are Remainers to a man and woman.

What else could possibly happen?  DFWdodo does not have an Overseas Division (the cuts, you know) but consider: Mr Juncker’s retirement date as President of the EC is November 2019.   Might he run again for another term?  That is indeed an imponderable.  He will be about to celebrate his 65th birthday, so no reason, at least by American standards, why not.  This will be post Brexit, but as the date of his potential departure gets nearer the politicking over his intentions, or successor, will become increasingly important – and potentially disruptive.  He is a spring chicken compared with Michel Barnier (66) or David Davis (69 next week) where change is also possible.  And who will follow Donald Tusk (a mere 60) as President of the European Council; Mr Tusk has been a generally calming influence – or perhaps it should be said, could be followed by a President less calming.

And how about the laughably unlikely event of Mrs Merkel’s electoral failure and inability to form a working coalition.  Ridiculous, but Mrs M’s desire to keep her hands on the levers of power could lead to a subtle revision of German policy – such as bringing into government the SPD, whose key requirement is that Europe moves more quickly to a federalist integration.  That might please President Macron – though even more the Brexit lobby, who would be able to underscore their assertions that the European Union is a journey with but one end, the formation of a United States of Europe.

And Austria, Italy, Greece, and Hungary are all heading politically in new and different directions.  As the EU attempts to deal with the removal of one corner of the foundations of its brave new world, sappers are busy prodding at other parts of the delicate raft.

For the time being we won’t worry about all that.  Hostilities seem to have ended for Christmas, but the cynic will suspect that it will be back to the trenches in the New Year; the Irish border will continue to mean different things to different politicians and when somebody finally sets out what it does mean Mrs May’s hotline to Mrs Foster will be glowing red again.  What about the special deal for the City, and that bespoke deal for trade terms which Mr Davis says there will be and Mr Barnier says there might be and Mr Juncker says there won’t be?  The Tory Leavers are biding their time, but word is that any significant hangover of European Court of Justice powers will not be accepted.  But will they let the government fall on that issue?  Probably not, but on past form it seems unlikely that Mrs May’s nerves will take that chance. “Brexit” the lady said “means Brexit” and she may yet get held to that.

In 2018, things may stay the same; but the number of moving parts in these complex negotiations involving so many parties suggest that they won’t.  As the motto of  DFWdodo, has it: “Expect the Unexpected” .  Do that and you will be prepared for 2018.  Happy New Year!