Life in an Uncertain Environment

Who looks after whom? 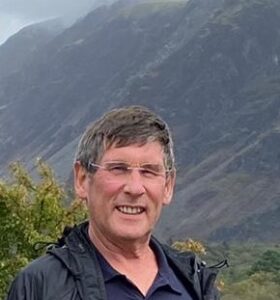 A 1946 Act of Parliament established ther NHS, which came into being in 1948. I, and many other “boomers”, were born between those two dates.  The Act stated that it “shall be the duty of the Minister of Health to promote the establishment of a health service to secure improvement in the physical and mental health of the people and the prevention, diagnosis and treatment of illness”.

At that time our country was bankrupted by war and afflicted by multiple diseases, many of which attacked children.  Introduced by a Labour Government, founded on the principle of being free at the point of delivery, available to everyone regardless of individual status, and most importantly of the ability to pay, it plays a crucial part in our lives.

It has been one of the most successful enterprises ever.  So many of those ‘old’ diseases were eradicated by programmes of inoculation and vaccination.  General health was encouraged by the medical review of children as they grew up.  The chronic conditions of those who had toiled in factories and mines were tended and, in so far as possible, alleviated.  Advice was issued on a whole array of subjects.  The health of the nation was, in the space of a few decades, improved immeasurably.

There were spin-offs as well.  The more it treated the more aware we became of the causes of those conditions.  This fed into health and safety and created safer working environments.  Life expectancy increased.

Such a catalogue of achievements would normally be hailed as success.  Yet the abiding sense one draws from the constant bickering about the NHS is that it fails:  it doesn’t have enough money, even though approximately one third of all government expenditure is on health.

In this exceptional time we compare ourselves with other countries.  Germany always features strongly; they have more beds, better testing, etc.  They spend more on healthcare.  Yes, because in addition to the state’s expenditure individuals have insurance that boosts the total pot.  Herein lay my issue.

Although the issue is not a new one for me it was highlighted when we went into our first CV lockdown.  What was its overriding purpose?  To stop spreading the virus?  To keep us individually safer?  No!!  Plain and simply to save the NHS; we are about to do so again.

We thought the NHS was here to save us and instead we have to save it.  It and every other government body was totally unprepared for a pandemic, predicted for so long.  Too long you may say; they grew ‘tired’ of waiting for it.  The first duty of government must surely be to protect its citizens.  That is always a long -term issue, so tiring of it is not an excuse.  Nor was it truly ignored.  During recent years there have been rehearsals for many types of emergency.  A Pandemic has featured high on the risk registers of government bodies.

Lip services paid, boxes ticked, but very little real planning, real steps, taken to prepare.  So it’s the government’s fault we are where we are today?   Well yes in large part.

That, however, is not my main point.  Thanks to the NHS, among other things, we are living longer and encountering conditions associated with growing older.   These undoubtedly bring new challenges to a health system but the generator of greatest NHS stress is its clients (once called ‘patients’ the extended service range warrants ‘clients’).  But as well as living longer we are (or should be) generally healthier.  We are also far better informed and aware of the dangers of everyday living and how to look after ourselves.

The issue was brought home to me again when I needed to visit a practitioner.  Nothing particularly serious, my condition was simply a result of my increasing years.  Having consulted my GP about tingles and had an x-ray, the diagnosis was arthritis, a pain in neck.  I have what I’ve always been!  The advice: a chiropractor or osteopath could perhaps provide some relief, but basically, it’s mine for life.

We were in first lockdown; while I registered with a practitioner, I could get no treatment.  But I recalled the many ‘old’ folk in my earlier life who spoke of the benefits of Glucosamine.  A tube of gel and tablets later and, after a short period of daily application, I was getting significant relief.  After lockdown and a couple of sessions of manipulation at the Chiropractor and some simple daily exercises the gel etc was dropped.

At a third session, a review and hopefully the last for a while at least, his opening words of welcome were followed by something like: ‘I have enjoyed treating you because you have been an active participant in it.   So many of my clients come to me with a problem and simply expect me to sort it’.

And there is my issue.  The NHS’s biggest problem, which it seems neither it nor politicians is able (unwilling?) to mention, is its clientele.  Fed for so long on the myth of a “free” service which has so successfully, spectacularly even, sorted us out, society now expects it (and other agencies) to sort out any issue that comes along, without any significant personal contribution.

So the scourge of obesity and the many conditions it brings, the abuse of alcohol or other drugs, the unwillingness to confront many daily realities about life, the expectation that accidents caused by our bad driving, or the injuries from Saturday night punch-ups, and so many other ‘conditions’, that we self-inflict must be sorted out by NHS.  It seems way overdue that we start looking at and after ourselves.  Then perhaps those in our society who really do need help, that they cannot self-administer, would get a better service.

Incidentally I want no praise for my approach, the NHS saved my life, it’s the very least I can do.  It is a national treasure, not the toy of The Labour, nor any other Party.  If we want it to succeed we need to play our part.