The Deficit and Pollyanna Economics

The improvement in public finances is illusory. 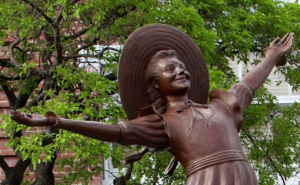 No sooner do the government’s finances improve than someone pops up to tell them how to spend the “windfall”.  Data last week showed that public borrowing could come in £7bn lower than forecast, and it seems that every spending department is pushing to get their share. Defence obviously wants to get up to the NATO target, education needs to clarify the increases in teachers pay and of course the NHS wants confirmation of the extra money it has been promised. They are all getting way ahead of themselves. It is not just that the budget deficit is the difference between two very large numbers and subject to very large adjustments – but also that there are longer term factors that mean that the recent improvement could be very short-lived. These factors are such that, even as early as the next Budget, the Chancellor may have to look to raise taxes and be less generous than so many now hope if he is to have any chance of keeping to his fiscal rules.

There are a number of negative forces at work, but the last week has highlighted two humdingers. The first is the removal of rose-tinted Brexit glasses. The Office for Budget Responsibility has said that there is no ”Brexit dividend” and, far from covering the increase in NHS spending by the pledged 3.4% (which will amount to £20.5bn a year by 2023) it will be more likely to be a negative factor given the impact on the broader economy and the reduction in tax revenues. The increase in NHS spending is forecast to increase the national debt by 57.9% (£1.2trn) over the next fifty years. Health is the biggest factor in driving borrowing, with an ageing population that is being offered more and more new treatments meaning that healthcare spending as a percentage of GDP is forecast to double to almost 14%.  The only way to counter the forecast rise in public spending as a percentage of GDP (from 36.7% to 44.6%) is to raise taxes.

The other big piece of news for the government is that they are likely to be forced to change the way in which they account for student loans. This on its own could take away all of the current spending undershoot.  At present student loans are accounted for as an asset and not borrowing – payments owed are seen as potential receipts that will reduce the deficit. This improves the deficit in the early years as the interest is capitalized, but in 30 years time it becomes spending when some of the loans are written off. This creates a perverse incentive for the state to sell the student loan book at a discount before the write offs commence (thereby giving a windfall to the private sector – the OBR estimates that plans to sell £12bn of student loans will deprive the state of £23bn in future repayments). If the system is changed, so that those loans that are expected to be repaid are accounted for as loans and those that are not are included as grants (as proposed by the OBR), then government finances look much worse, as only 30% are expected to be repaid. Given that by 2040 total student loans are expected to be 20% of GDP (£400bn) this could be a pretty big hit.

Nevertheless, there are those who would argue that it is actually tax cuts rather than increases that are needed, the theory being that a tax cut would inspire economic growth that would produce revenues to more than compensate for the lower tax rate. There are historical precedents for this, most notably from Geoffrey Howe in the 1980’s. The tax burden in households has been reported as being the highest for some decades, so there may be some mileage in the argument. However, we are starting from a point where the rates of income tax are actually quite low. It seems much more likely that we will see at least something along the lines of a return to linking fuel duty to inflation and a further attack on the tax benefits of pension saving to generate more government revenue.

These are just two issues that undermine any suggestions that government finances are improving. There seem likely to be more. The key to the potential borrowing malaise may also lie within the recent data. Lower borrowing may look encouraging, but much of the improvement has come from reduced spending rather than a better tax-take. In fact tax revenues have been very disappointing and, if we have the unpalatable pot pourri of Brexit-induced zero domestic investment, a slowing economy in Europe and global issues sparked by the Trump trade war, those revenues aren’t about to improve soon. This week’s announcements regarding increased public sector wages might seem to be generous, but they are being financed within existing spending plans. The government is not giving any money back, because it has none to give.