All in the format. 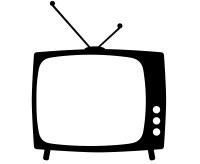 It must an easy business, the creation of new television programmes.

“Good morning Smithers” says the Network Manager.  “I gather you have a new program for us.  Please can I have an outline?”

“Yes,” Smithers replies. “Each episode begins with a group of contestants one of whom is knocked out each week by a panel of judges.”

“How do the judges decide?”

“What does the Star get?  A cash sum?  A holiday with someone attractive and underdressed at a dubious resort?”

“Oh no, nothing like that, but they get the chance to be filmed looking modest and saying that they cannot believe they have got so far in the competition.”

“And the ones thrown out?  Presumably they scream abuse and shout about how unfair it is.  A little blood on the walls, perhaps?  Always attractive to an audience.”

“No, they never do that.  They always say that appearing on the programme has been one of the high points of their lives and that the other contestants deserve to go on.”

“Yes, always; it’s a condition of their contract.”

“Oh well, I suppose it must be the way the judges tear into the contestants that keeps the audience engaged.  Viewers have always liked a bit of S&M.”

“No, it’s not like that at all.  The judges always make a speech about the high quality of all the work submitted to them and what an agonisingly difficult task it is to make a choice.”

“And is the work really of a uniformly good standard?”

“There’s no way of telling really because it’s done against the clock and the audience can see little of what’s going on.  Still, we ensure that the tension is kept up by having a compere walk around continually reminding the contestants of the time pressure.”

“I suppose the compere is an expert in the field.”

“No, just anyone odd with sufficiently annoying mannerisms.”

“Well, it seems a jolly good idea but you haven’t yet mentioned in what field the contestants are competing.”

“Oh, that doesn’t really matter.  It can be anything: cooking, pottery, interior decorating, glassblowing…  As far as I know no one has done writing poetry.”

When the pandemic comes to an end we will all wonder how we had the patience to watch so many competition format game shows.  Still, they are at least relatively harmless.  Far worse are the panel quiz shows where half a dozen media persons or celebrities sit in the studio exuding the scent of their own superiority.  There is plenty of smirking.  There are in jokes.  There is condescension at an epic level.  There are presumably laughter machines, since it is hardly believable that a genuine audience could find any of it funny.  Gradually, as the programme progresses, the panellists are transformed from a mere collection of remarkably self-satisfied human beings into a living embodiment of the political and media bubble.  Ordinary people looking on with incredulity must feel that here is a world from which they are excluded.  But don’t think this makes the panel games irrelevant.  It is this sort of display which underlay the rise of Trump.