Minding your Ps and Qs in German 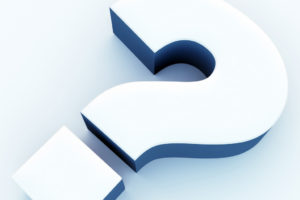 Modern Languages are taught today “more naturally/as a native learns to speak it”. I’m a dinosaur. But how could you teach the grammar of a foreign language to kids who haven’t been taught the grammar of their own language?

In 1960, after two years learning French, German was added to my class’s curriculum.  My teacher for the coming two years, “Bill”, was old school, par excellence. He  was in his late 60’s, must have been born somewhat prior to 1900.

He taught us German in its strict grammatical rules, using his own unique tabulations of all the declensions, pronoun and adjective endings in the various “cases”, which we had to learn by rote, and we were subject to an equally formulaic and unrelenting system of tariffs of punishments when our written or oral work transgressed any of these rules. But Bill’s reign of terror got results, his classes for generations all sailed through GCE with high grades.

When I have since visited Germany, sometimes people have asked me “Where did you learn to speak German like THAT?” I hadn’t known what they meant but after hearing this a few times I asked and was told mine was the language of their grandparents (probably by nowadays it’s their great-grandparents). Their language has gone through changes like ours has, (the Nazis banned the use of foreign words: “Golf” became “das Ballinlochspiel”—the ballinholegame!!!). In particular I think that many of the old strict grammatical rules are often ignored. I calculate that “Bill” must have learnt HIS German before the 14-18 war in which he served, and thus from someone born in the mid-1800s!

I often wonder if I (and my 1960 classmates presumably) have German alter egos, who learnt English in the 60’s from a teacher who had HIS English grammar and vocab from Victorian England. Those of my (no doubt younger) readers of this article who live in London, have you perhaps been accosted by a German tourist asking,

“I crave your pardon young sir, could you possibly direct me to the halting place of a charabanc or other means of transportation to Oxford, where I hope to sojourn for a few days in a genteel hostelry?” And you reply: “Myself is like don’t know and my wife has also went dunno…. ….buddy. And where’ve you learnt to speak English like THAT?”

If you HAVE met up with one such German, please (take out your fountain pen??) and write to me, postcards only please, or book a trunk call to me on Flaxman 37.

All of which makes me sad at the pains I suffered for all the learning of that antique (or should that be antiquated?) German I did to achieve correctness, the sufferings of Saturday morning detentions, or gymshoe-ings (referred to by Bill in his homely(?) nomenclature as “almighty wallops”).

After GCE I thankfully moved into Sixth Form with a new, but once again aged, German teacher, “Andy”, a more calm soul. But now we were deemed to be at a level where the language side was being replaced by literature. And straight into the Old Masters, Goethe, Schiller, Kleist and their like.  Eighteenth and nineteenth century. Don’t expect to learn the German word for motor car, or even w.c. from this lot.  Reading aloud in class with still many an unknown word. A benign smile from Andy as the class cast about for a meaning, he thought to give us a clue. “Think of your Aramaic languages, think of Sanskrit”. Clearly, he had studied such Linguistics at university. Unclearly to him at least, we had not. He would launch into arcane derivatives of language which may, or more usually did not, reveal to us sow’s ears the English translation of the word.

However there are some common cross-overs of German lettering into English language I DO remember from “Andy”, and they continue to entertain me.

I remember only the “rule” but still spend time musing on examples.   Languages are, of course, not codes, you cannot TRANSLATE by equivalent lettering, but if you know the commoner instances it might just help (occasionally).

LEADING D’s IN GERMAN ARE SOUNDED AS Ds and very many of these find their way into English as “TH”:

Most interesting of these is the name Deutschland/deutsch. In all other languages for the name of that country the root is Germania or Alemania, only in German is it deutsch. I theorise that deutsch was originally “teutsch”, most likely the same root as “Teut-onic.” The land of the Teutons.

But a FINAL d in German (which IS sounded as a “t”)  actually becomes a “G” (!!!) in English. Especially evident in that doggish figure of speech so lovingly sketched by young Molesworth in “Down with Skool”, the GERUND !! writing, reading, loving, eating, all these -ings are -end eg liebend (loving), schreibend (writing).

And for me a classic double-example Abend (evening), showing us that evening is thought of as a happenING, a process. And note that common b to v or v to b move.

Tag (day—see Tuesday above), Teich (a dyke—sometimes the ch becomes a k)  Trommel (a drum) Traum (a dream) Tal (a dale) Taler (a dollar) tief (deep)

taub (deaf) Taube (a dove) (note the German B can become an English F, but more commonly a V) (b’s and v’s are commonly interchangeable, and not just in German)

The most tight and interesting examples of these d/t combination rules and how parts of the english language are linked with German is, unfortunately, “death”. The adjective “tot” is “dead” whilst the noun “Tod” is “death”.  All the German t’s are D’s in English, but the final “d” in German is “th” in English (see rule 1 above)

Or English T’s in the MIDDLE of a word seem to come from German double-S, as in:  Wasser (water) , besser (better)

and T as final letter in a German word can be a “D” in English:

And here I interrupt this conversation to go to the bar for a litre of Spatenbrau (“spade-brew”)–tasty. Can I get you one?