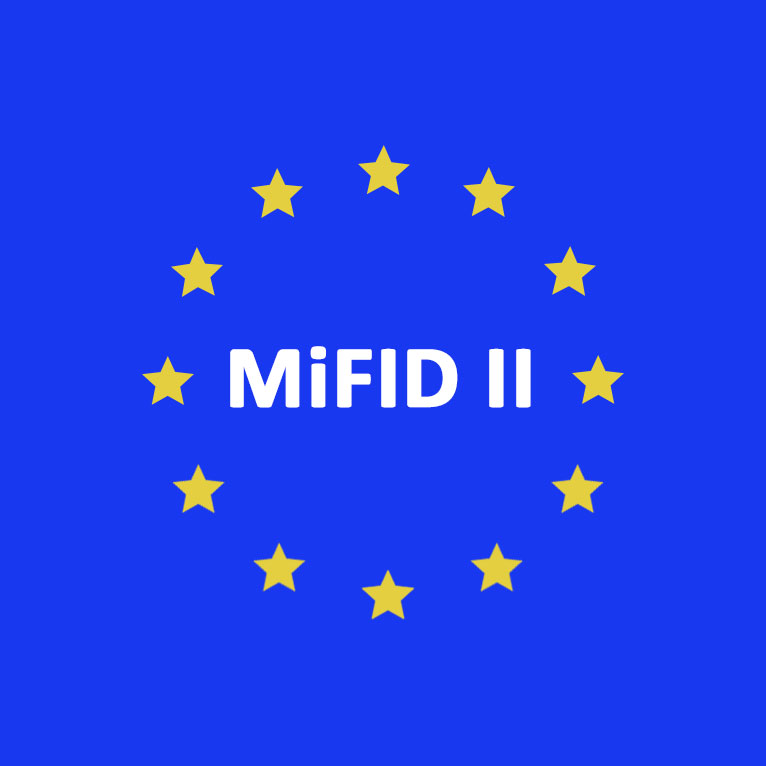 It was hardly another “Big Bang”, but 3rd January saw the introduction of major new legislation for the financial services industry, snappily titled MiFID II.  Most people will either never have heard of MiFID II, know that there was ever a MiFID I, or will have seen it mentioned in the press but moved on because it was either too boring for words and/or nothing to do with them.  The boring allegations may have some weight (the documentation runs to 1.7mn paragraphs), but the legislation has an impact on banks, fund mangers, exchanges, brokers, pension funds and retail investors.  It covers equities, fixed income, currencies, futures, and derivatives – pretty well everyone and everything. Despite the intentions of the regime to serve the greater good, the impacts (including some unintended consequences) are not universally well received – except perhaps by those that have found a fresh impetus to their careers in the compliance industry.

So what is MiFID II?  The Markets in Financial Instruments Directive has been 8 years in the making and was the EU’s response to the 2008 financial crisis.  It aims to increase financial safety, transparency and efficiency and thereby restore investor confidence in the financial services industry.  For those who might hope that Brexit would negate our involvement there is nothing doing, given that UK regulators have been big proponents of many of the reforms.  A fairer retort might be that the recovery in markets has itself managed to restore confidence, but this effect would be pyrrhic in the event of another crisis.  Some of the ways in which MiFID attempts to achieve its aims, such as increasing pricing transparency for off exchange markets (hopefully forcing them onto visible platforms) and putting volume caps on equity “dark pools” will affect only sophisticated players.  Other measures, particularly the “unbundling” of research and trading commissions and creating tougher standards for investment products, will have more far reaching implications for institutional and individual investors, including many who are invested in pension funds.

In looking at the way in which key participants in the investment industry will be affected, lets start with the investment banks, given that few will shed tears over their having to do more work for less profit.  For them there will be a greater shift towards ensuring that most business is transacted over an electronic exchange rather than over the phone.  In this way transparency rules and a proper audit trail can be clearly established and this should reassure underlying investors.  It should ultimately mean a greater reduction in headcount for the banks as the trading, sales and back office processes become still more automated.  The unbundling of research fees will also have an impact as asset managers will now have to pay separately for research rather than this being included in trading commissions.  Many will not wish to pay a wide range of banks for research and so will cut back on what they receive.  The result is likely to be a significant reduction in research analyst headcount.

For investment managers, the need to show very clearly the costs of a trade and the impact they will have on returns before execution will involve a lot of work and may mean a loss of clients. Where people previously thought that they were just paying 0.75% in management fees they may now realise that the true amount is closer to 2% when all transaction costs are disclosed.  Many managers have already said that they will not increase charges to account for any additional research costs that result from unbundling and, given that the industry operates on margin close to 40%, it would have been somewhat churlish for them not to do so.

Surely all of this is positive for us humble retail investors?  In many respects it is indeed hard to argue that increased transparency is not a good thing.  However, there are some less positive consequences that may go beyond the short-term.  First of all the reduction in analysts may mean that those that survive have to be more emphatic in their views to justify their existence (and their fees).  Such a polarisation of views is not good for volatility – sometimes it is right to be neutral on a stock.  Secondly, the range of coverage of stocks is likely to decrease, as it will be harder to justify employing people to analyse small companies that rarely trade.  Such a reduction in collective knowledge is not healthy and increases the likelihood of unpleasant surprises.  It will again mean greater volatility and most probably poorer performance – empirical evidence points to under-researched companies returning 4% less than others.  There is potentially a much greater consequence here if it means that it inhibits new companies from coming to the market given that this is the lifeblood of future economic growth.

While a reduction in fees is likely and to be welcomed, a reduction in choice is not.  The new rules have already led some key investment platform providers to stop offering investments in some 300 investment trusts and 1200 exchange traded funds.  Over time this should be corrected as documentation is put in place, but for now it does reduce our ability to properly express our views.  For those in a local government pension scheme the reduction in choice could be longer lasting, given that the schemes have been reclassified as “retail” and not “professional” investors and can now no longer invest in infrastructure or private equity.  This could lead to a fall in returns and an increase in pension fund deficits.  The other, more lasting worry is the extent to which we are able to access research.  Asset managers will not find it easy to act as a conduit for research and we may struggle to develop a fully informed view.  There is some scope to resolve this for economic research if banks make it available to all via their website, something that the likes of ING have already done.  The last issue is that of personal data.  The new rules mean that fund companies need to know more about you and if you have not already supplied additional information you may not be able to trade.

It would be quite wrong to complain about a new regime that has safety, transparency and efficiency as its objectives, with a view to avoiding future financial crises.  However, the rules will change the nature of the financial services industry over the next few years and the process of introducing them will have some unintended negative consequences, not just for large institutions but also for individual investors.  A reduction in costs is to be applauded, but the potential creation of an information void is not, even if you are a compliance officer.