Make Mine a Triple!

The consequences of ending the pensions lock 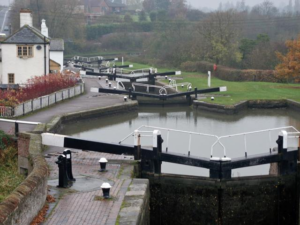 “The pubs are open and the drinks are on you Grandpa.”

The taxpayer is ripe for the plucking. Gratitude for the NHS, furlough schemes, mortgage holidays and every other area that required a vast increase in government spending means there is a window of opportunity to introduce measures to redress the budget blow-out. Rather than introduce tax increases, at a time when such moves risk extending the depth and length of the inevitable recession, the government is considering ways to save money, and the lowest hanging fruit seems to be the state pension. Widespread press reports suggest that part of this will involve ending the triple lock. The mathematics looks compelling, but there is a danger of making a big mistake.

The pensions triple lock was introduced by the coalition government in 2011 in recognition that the state pension had not kept pace with the cost of living for some time. As a means of closing the gap the value was linked to the higher of inflation, wages or 2.5%. For much of the period since both inflation and earnings growth have been below 2.5%, and the real value of the state pension has corrected very nicely. The Institute for Fiscal Studies calculates that the value of the state pension has increased by 22.2% since 2010, which is 14.6% better than earnings growth and almost 10% in real terms. We may have now reached a point where it is much harder to argue that an above inflation increase is needed.

A simple look at the costs gives ample illustration as to why changes are expected. In 2018/19 the costs of the state pension to the exchequer totaled £109bn, and that is expected to have risen to £115bn for 2019/20, largely as a result of an ageing population. Given that average earnings rose by 3.9% last year pensioners have done very well. This year, with inflation low (0.5%y/y in May) and earnings taking a battering (many have taken a 20% hit in furlough), pensioners can still expect at least a 2.5% increase. However, what happens next year when earnings bounce back? The Office for Budget Responsibility expects a rise of 18%. This would produce an anomalous very large rise in the state pension, which could cost as much as £20bn. Not for nothing has the policy been described as “the baby that eats you out of house and home”.

Ultimately the triple lock may be unsustainable, there is no fund from which the state pension is paid; it just comes from tax payer receipts, and with the number of taxpayers falling, fewer workers are having to fund more pensioners at a greater rate. If there was ever a situation to encourage greater generational disharmony surely this is it.

But wait. There are some important considerations before sanctioning the end of the triple lock. First, it assumes that pensioners are well off and, while £175.20 per week is not insignificant, it is not easy to live on without additional income from workplace pensions or savings. Second, while it is an increasing tax on workers to fund the retired, the greatest long-term benefit will accrue to those in the system the longest. The compounding effect of the triple lock would mean that young people would have a much more generous state pension when they retire and, given the decline in defined benefit workplace pensions, they may rely on the state pension much more than current retirees.

Finally, one should look at our pension system on a comparative international basis.  The UK state pension is around 28.4% of average earnings, compared to an OECD average of 58.6% and a EU average of 63.5%. Further, the UK devotes a smaller percentage of GDP to state pensions, around 5%, compared to over 10% in France and Germany. Obviously comparisons are difficult due to different retirement ages and the fact that in many European countries almost all retirement income comes from the state. Nevertheless, there is still some room to retain a generous system of above inflation increases.

According to figures from the consultants Willis Towers Watson suspending the triple lock would cost pensioners around £1,900 a year. When this gets explained to the electorate it could prove disastrous for the government. The potential changes to the triple lock are being portrayed as Rishi Sunak’s idea. This may be in part due to him being one of the few cabinet ministers that have had a good crisis in terms of popularity, but it might be due to his colleagues wanting a scapegoat. The current government committed to maintain the triple lock for the duration of this parliament and any U-turn risks generating unpopularity – making it much easier to step away from a new policy if it is seen as that of a newer Cabinet member. A “No. 10 “source” has said that there are no plans to change the triple lock and that they will “always stand by pensioners” – maybe sources as at No. 11 should be asked.

At some stage the triple lock will need to go, but for now the effects of escaping the lockdown can be funded, like the rest of the crisis, cheaply and over a very long time. There is no reason why a short –term “tweak” of suspending the earnings element of the lock for one year could not be introduced, but it is entirely reasonable that pensions should increase with inflation or nominal wages over the longer term – the retired should be able to share in any increased wealth of the nation. At some stage the 2.5% element of the lock should be dropped, but other money saving and egalitarian reforms to the pensions system, such as a flat rate tax relief on contributions, are better options for now.