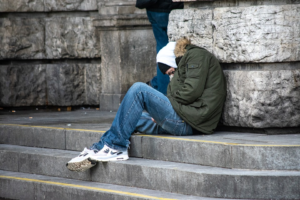 We live in an unequal society.  Whichever measure you look at, whether of income, health, access to education or political representation, there are huge disparities.  These disparities exist not just between the rich and the poor, but also between genders, across ethnicities, age, geography and education.  There is then widespread approval for the announcement that, funded by the Nuffield Trust, the eminent economist Sir Angus Deaton will head an Institute of Fiscal Studies review into inequality.  This review will spend the next 5 years collecting evidence of, examining the causes of and proposing solutions to inequality in the UK.  Hang on – 5 years! No one is arguing that these are not important issues (quite the reverse) but if we are not proposing and enacting solutions sooner rather than later, a lot more damage will be done.

There is already of wealth of evidence to demonstrate levels of inequality in the UK, and this has been well represented in a report released to coincide with the announcement of the review.  Taking income inequality first, the UK does not fare well in global comparisons.  Looking at Gini coefficients, where 0 represents perfect equality of household income and 1 where all income goes to one household, the UK level is only surpassed by the US and is almost 50% higher than some Scandinavian countries.  Income inequality is not always bad – if the basic level of income is at a healthy level and the incentive for people to get rich is helping to create better living standards overall.  There are some who argue that this is exactly what has been happening over a number of generations in the UK.  However, the problems come when, as Sir Angus puts it, a rising income means, “enriching the few at the expense of the many”.

Evidence of this is stark.  There is an almost 10-year gap in male life expectancy between the richest and poorest areas of the UK.  The reasons are many, going beyond just the ability to be fed, clothed and housed properly, to factors related to stress, depression and drug and alcohol abuse.  Spending too much time collecting further evidence of what we know to be the case, and debating the policy implications at length will allow the situation to get worse and create an ever-growing cohort of the disaffected.

In looking at how to tackle the situation, it may not be necessary to spend so much time kicking the inequality can down the road.  Inequalities of educational outcomes are highly correlated with levels of household income.  A recent Unicef study showed that, of the richest 41 countries, the UK ranks only 16th in terms of education inequality during secondary school years, and a shocking 23rd during primary school years.  Only 33% of the poorer children in the UK (defined as those entitled to free school meals) achieve 5 A*-C grades at GCSE, compared to 60.5% overall.  Geographical inequality is also evident, with the chances of a poorer child going to an outstanding school lower than 50% of the chance for their wealthier peers.  Even when they battle through, get to university and get a degree, poorer people are paid 10% less than wealthier colleagues with the same qualifications.  This again we have known for some time – the question is: why?  And, what should be done about it?

We spend a lot of time is these columns arguing that correlation is not causality.  While it seems clear that much more money needs to be spent on schools to help poorer families to achieve their potential, that is not addressing the causes of their low incomes.  The aim of the report is to identify the underlying causes of inequality and to provide an appropriate array of responses.  Some of this may come from the reform of labour markets (the decline of union membership is already being discussed as a cause of the inequality of incomes) and potential changes to minimum wages and taxes, as well as education reform, changes to competition policy and ownership structures.  The idea is that taking all areas and measures of inequality together can generate measures that will complement each other.

Sir Angus has warned of the damage that levels of inequality will do to progress in the UK, and it is clear that the damage over recent years will take a lot of reversing.  The problem is, the longer that we take engaging in investigations as to the causes and remedies, the worse the situation will get.  Over the next 5 years there will be a great many more poor children with low qualifications leaving school, destined to have a shorter, and poorer quality lifespan than their wealthier counterparts.  That the IFS review is sorely needed is not to be doubted, but if its existence is used as a reason for delaying policy responses until they can be enacted in a fully informed and complementary way, we risk creating an ever growing frustrated and disenfranchised society and a de-stabilising level of unrest.