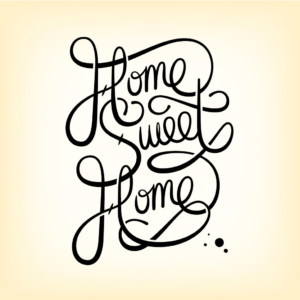 Sometimes news, even from erudite institutions such as the Institute for Fiscal Studies, just doesn’t seem like news.  Informing us that young people have never found it as hard to get on the housing ladder comes as no surprise to any of us, and all their latest report really serves to do is to demonstrate how far and how fast the outlook for young homeowners has deteriorated.  To be fair they do come up with some suggestions as to how this situation might be addressed, and their report has prompted others to chip in with some more nuanced alternatives.  However, they are all largely variations on the same theme – build more houses.  The problem with this has been that, even to the extent that this has happened, most of the new stock has been anything but “affordable” and the rate of development has been way too low to have any impact on prices.  It looks as if we are destined to become a nation of renters rather than owners over the next 2 generations.  However, there is a glimmer of an idea that may just point to a solution.  An idea that replaces the view that ones residence is a speculative investment with a vision of what it ultimately should be – a place to live.

First, we should appreciate the extent of the problem.  The IFS has found that, even with a 10% deposit, 40% of those aged 25-34 in the UK could not afford to borrow enough to buy even the cheapest house in their area.  In London the situation is worse, with 65% unable to buy a house if they had a deposit (compared with 10% in 1996) and, given the level of prices, the chances of them finding that deposit makes a purchase even less likely.  The research found that over half of young adults would need to save at least 6 months post-tax income for that deposit.

A number of solutions have been suggested.  One is to give buy-to-let landlords a tax break if they sell to long-term tenants (those who have lived in the property for 3 years or more).  The capital gains tax that would have been charged could be split between the landlord and the tenant, encouraging the sale and making the purchase more feasible.  The policy, which is supposedly being considered as an option in the Budget, may also encourage landlords to keep rents lower for those longer-term tenants who may be potential buyers.  There are plenty of landlords who would welcome the chance to lighten their property portfolios.  Clearly this would need to be paid for, but the money could come from the cash saved via the scrapping of other buy-to-let reliefs.

There is of course only so far that such schemes can help in that they do not actually address the lack of housing.  Currently only around 70% of the 300,000 new houses per year seen to be needed are being built (that is a government figure – others see the number closer to 340,000), and of those only 23% are regarded as “affordable”, compared to the 40% needed.  What then can be done to build more affordable housing?  One small initiative in London offers a glimmer of hope.  The London Community Land Trust is trying to create housing that targets the growing cohort of people who do not qualify for social housing yet cannot afford to buy a home on the open market.  Community Land Trust homes are priced according to local earnings so that people are not forced out of the areas in which they grow up.  Local earnings are calculated as the average of median incomes published by the ONS.  In LCLT’s first development in Mile End this means selling homes at one third of their open market value; around £182,000 for a 2-bedroom property.  How can they do this?  Firstly, they have secured the land from TfL who have released 10 small sites across London.  Secondly, as a not-for-profit community organisation, they are not targeting the returns of private house builders who have to satisfy their shareholders by charging a high margin over and above building costs.  Before you get excited about getting involved in such a scheme, with a view to trading on the home at a market rate, the contract signed means that any future sale price also has to reflect the level of local earnings.  It is possible to make a profit on the sale of the home, but only if the median local income has risen while you have owned it.

The scale of these projects is currently quite small.  Across the 10 TfL sites 166 new homes are proposed.  Nevertheless, other schemes are being developed – there are now 290 CLTs across the UK, with the numbers increasing rapidly; growing six-fold in the last six years.  So far 826 homes have been built nationally, with a further 5800 due to be completed in the next few years.  For the movement to get any real momentum two things will need to happen.  First, given that the projects are set up and run by local communities, there needs to be a high level of engagement in those areas most in need, and this will necessitate some help from the authorities.  Second, the sites need to be found.  On this point there is some hope.  Recent analysis of Brownfield Land Registers suggested that there is enough space to build at least one million new homes.  Even discounting those areas where contamination might make the process unfeasible, this would be more than enough to resolve the lack of affordable housing.  Such a process would help reduce property prices overall and make domestic property a place to live rather than part of an investment portfolio.