The Matt cartoon on the front of The Telegraph yesterday said it all, really. Underneath a sketch of a dog occupying half the sofa; Mr (standing beside the sofa) said to Mrs (already seated), ‘I’m not going to ask him to move, because when he refuses my authority will be weakened’.

On Tuesday, apart from all those ministers who simply stayed in post, a number (e.g. Jeremy Hunt) simply dug in their heels (or their paws) and ended up with nothing more than a slight change of title. However, when Theresa May attempted to shuffle Justine Greening out of Education into Work and Pensions, Ms Greening refused and resigned. She is replaced by Damian Hinds, a liberal Catholic, state-educated northerner who beat Jacob Rees-Mogg to the position of President of the Oxford Union in 1991.

Jo Johnson, Boris’s little brother, was moved from Universities to Transport and replaced by Sam Gyimah.  Gyimah, a former merchant banker (and also a President of the Oxford Union, 1997-8) was part of the 2010 intake into parliament and one of the Tory party’s ‘A-listers’ (he was also one of the losers in the final round for selection to the safe seat of East Hampshire in 2007 – beaten by Damian Hinds).  He attended Somerville College where he read PPE, after first attending Achimota School (a prestigious state school in his mother’s native Ghana) and then taking GCSEs and A levels at Freman College, a state school in Hertfordshire. 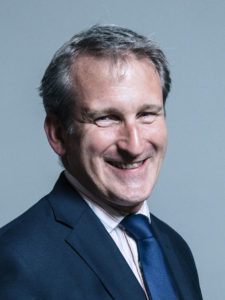 Since Mrs May’s aim for her re-shuffle was, as in all such cases, to reinforce her own position with like-minded ministers and also to show the public that the Tory party isn’t simply ‘male, pale and stale’, the introduction of Sam Gyimah ticks at least one box. However, the loss of Justine Greening loses Mrs May her only lesbian Minister, so the diversity situation is not exactly strengthened. Where, however, does this re-shuffle leave Education? When she first came to power, Mrs May had a number of things she wanted to do.  One of those was to re-introduce grammar schools (Shaw Sheet Aug 2016). That aim ‘hit the buffers’ fairly quickly, owing to resistance not only from the teaching unions and the Opposition, but from within her own party as well. During her time in power the lack of free speech in universities appears to have got worse, not better, and the arguments over tuition fees appear to have gone nowhere.  Social mobility, in spite of Theresa May’s natural instincts and stated desires, likewise seems to be something which was, in some ways at least, better years ago than it is now. Our pre-school education subjects our youngest children to strait-jacket learning which many other countries would not dream of imposing on their infants (Shaw Sheet Nov 2017). 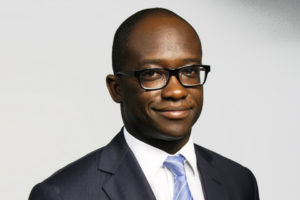 From April this year, the Office for Students (ONS) will be the regulatory body for the English Higher Education sector. Jo Johnson’s attempted appointment of Toby Young to the ONS and subsequent defence of that appointment appears to be the main reason for his recent move. For those who remain unsure of the role of the ONS Wonkhe provides an excellent explanatory ONS guide. One of the expanded roles which the ONS apparently takes on, in response to the many concerns expressed over free speech (or rather lack of it) in Higher Education establishments, is that of an obligation to ensure such a freedom.  How difficult this will be to enforce remains to be seen.  Certainly it is something which the newly appointed Sam Gyimah will need to take a stance on; as also the question of tuition fees. Jo Johnson was known not to be enthusiastic about change on that front; might Mr Gyimah see the issue differently?  The problem, for both him and Damian Hinds, is the lack of cash in the kitty and the lack of parliamentary time, given the demands of Brexit.  Already those two issues make any large-scale change of direction or ideas somewhat unlikely.

In the face of those constraints, how can the Tories get over to the public their support for an education system that appears, like the NHS, to be cash-strapped and under-funded? Education is so important, so fundamental to the way any society moves forward that taking it seriously and being seen to take it seriously is key to the survival of any modern government.  At the moment, Labour’s promises to abolish tuition fees and put more money into hard-pressed schools are seen by many voters to be preferable to the Tory party’s rather more pragmatic realism on the subject. Where Labour plans to conjure up that money from remains unclear, but voters may not be too concerned by such tedious practicalities – as long as they are not being asked to ‘stump up’ personally as some head teachers have intimated in letters home.

Damian Hinds has long shown an interest in how to increase social mobility (and the importance of investing in the early years before the divide begins to widen), so perhaps in his new post this is something he can focus on.  However, the social mobility banner is one which Justine Greening, the daughter of a Rotherham steel-worker, has also been waving for some time. In her resignation statement she said, “Social mobility matters more to me and our country than a ministerial career… I’ll continue to work outside of government to do everything I can to create a country for the first time that has equality of opportunity for young people wherever they are growing up.” As the government’s own social mobility commissioners under Alan Milburn (including former Conservative minister Gillian Shepherd) walked out en masse at the beginning of December citing lack of progress, lack of resources and staff, making headway on this front may prove tricky.

One area where Hinds will almost certainly take a different line from his predecessor is as regards rules governing new faith schools.  Under current regulations they are required to admit at least 50 per cent of their pupils from other faiths, which would mean over-subscribed schools being forced to turn away pupils of their own faith. The Catholic Church claims this makes it impossible for it to set up new schools as it would be breaking Canon Law if it were to do this. Although the 2017 Conservative manifesto contained a pledge to remove this cap, Justine Greening refused to do so.  Since Hinds has already called on the Government to scrap this rule, he is likely to make it one of his jobs as Education Minister.

An article by Andrew Gimson in Conservative Home suggests that Hinds has got this far due to his ‘good-natured competence’. Good-natured competence sounds like a good start, but it would be fantastic if some flair and inspiration could be thrown into the mix from somewhere; not to mention of course the ability to charm the teaching unions without upsetting political allies. Mrs May should at least be able to share with him an insight into accepting, if perhaps not a ‘poisoned chalice’, certainly a cup containing a pretty unpalatable beverage.