Why is smoking bad, but drinking okay? 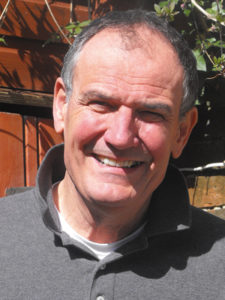 In 1967 there were at least 5 big tobacco companies.  One them alone, Imperial, had 57 brands of cigarette and over 180 varieties of tobacco.  Although TV advertising of tobacco products was banned in 1965, it would be almost 40 years before the ban was extended to print media, but in the 1960s it was drinking that got the rougher ride.  Whilst smoking was everywhere (TV presenters would happily light up on screen and think nothing of exhaling clouds of spent smoke over their guests), little discouraged and socially acceptable, drinkers were confined to their homes, clubs and pubs.  Drinking in public other than these places was rare and frowned upon.  Licenced premises such as pubs and working men’s clubs were required to ensure that the interior was not visible from outside (usually by the use of frosted glass), so as to avoid encouraging the young to take up the habit.  Unlike tobacconists, publicans were for the most part rigorous in applying the law where selling to those underage was concerned and apart from pubs and private clubs, alcohol could only be purchased from off licences and in restaurants as an accompaniment to a meal.  The change in attitude, which has seen smokers become pariahs whilst the availability of alcohol and its consumption has spread well beyond its earlier retail confinement, started in the late seventies, fuelled by the rising awareness and incidence of smoking related illnesses.  However, what provided the real fillip to the anti-tobacco movement was the suggestion of a link between the exposure of non-smokers to those with the habit and the possibility that they might then go on to contract heart disease and/or cancer as a result.  This was a godsend to the anti-smoking campaign as up until that point those who loathed the habit could only protest on the grounds that the fumes were unpleasant and irritating to them.  It made them seem like killjoys.

The death in 1994 of the entertainer Roy Castle lent additional weight to those opposed to what came to be known as passive smoking, a claim that was then (and remains even now) entirely unproven.  Castle, a lifetime non-smoker argued that the years he spent entertaining in smoke filled working men’s clubs, had caused his own lung cancer.  Presumably when he made this claim it was thought in poor taste to challenge it by pointing to the thousands of other entertainers who had experienced the same conditions and yet who remained in excellent health.  The banning of smoking in many public places which followed highlights the odd way in which alcohol has been given an easy ride.  For whilst that connection between tobacco related usage and disease among passive smokers remains likely but unproven, no such uncertainty exists where passive drinking is concerned.  For example, no bully ever went home and beat his wife and children because he had one too many fags down at the pub.  Traversing the nation’s town centres in the morning does not require dodging pools of vomit left there as a result of over indulgence in tobacco.  The Accident and Emergency departments of hospitals are not clogged up every weekend with noisy, incoherent smokers who have got into a fight outside a nightclub because they can’t handle an excess of Benson and Hedges.

This is not to play one off against the other, both are injurious to health and as with smoking, medical opinion is now almost unanimous in viewing even modest consumption of alcohol as damaging.  And yet like an indulged child alcohol is smiled upon.  In an exchange typical of thousands made every day, a well-known DJ hearing that it was a caller’s birthday recently said: “Maybe you’ll have a few drinks, tonight?” “Oh, a few” said the caller.  A common enough exchange, but one can only wonder at how Twitter might erupt up had, instead of using the word ‘drinks’, the DJ said ‘fags’ or, given that alcohol is a drug, “joints”.

A world without alcohol would be a good deal less convivial and there is no doubt that alcohol has contributed to our cultural and social history in a way that tobacco has not, but the fact remains that it kills around 7500 people every year in this country (easily more than three times the number killed on the nation’s roads) and that currently, based upon the latest data, drinking is costing the NHS £3.5 billion and the wider economy much more than that.  That alcohol continues to exert its grip in a way that tobacco does not, despite being subject to the same sort of sanctions that were applied to tobacco – Government backed health awareness campaigns, punitive pricing etc., –  is, I believe, traceable to the missing factor of social disapproval – hardly surprising when 29 million people over the age of 16 drink.  Take that together with the lack of will by Governments to do very much that might threaten the £17 billion raised in duties on beers and spirits and one can see why drinking gets such an easy ride.  Still, the Government’s own figures, though showing a modest decline over the past two years, still report that more than a quarter of all drinkers admit to binging on at least one-day week.

There is a convincing argument to be made for viewing alcohol as far more dangerous than smoking, not the least for its impact on future generations.  There are already clear links between drinking and increased rates of premature birth, low birthweight and poor educational attainment.  It is certainly far costlier in terms of social dislocation, impacting upon marriage and parenthood in a way that smoking did not.  Will that argument  ever lead to any sort of tangible resolve to do something about it?  Well, based upon the half-hearted response thus far, such as the attempts to introduce restrictive pricing, the answer to that seems to be “no”.