Does anyone understand bitcoin?

Preoccupations with bubbles miss the point. 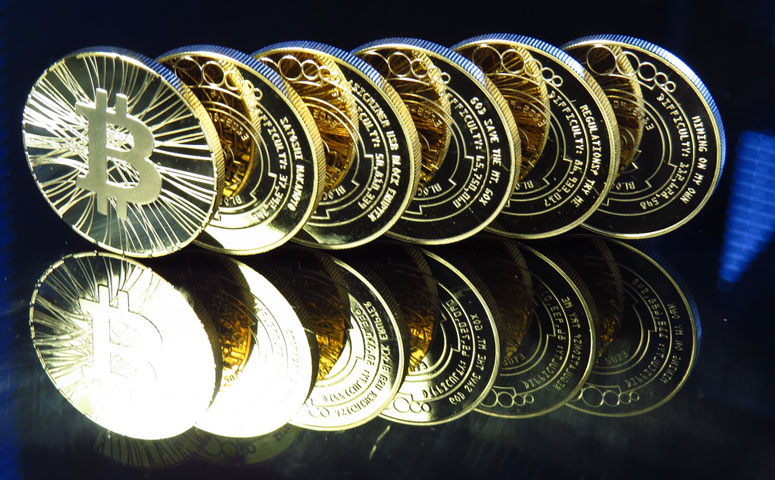 Come on now, you can’t deny that you wish you had a piece of the action.  For an asset class to provide a return of 1700% on an investment over a ten month period, or for investors who have been in for a little over 4 years to receive a return of 170 times their initial outlay, is almost unprecedented.  Despite our wanting stable and understandable investment returns, it is hard not to want to “get-rich-quick” when others are doing so. With 16.7 million bitcoins in issue a number of early converts have managed to do very well indeed given price rise from $120 to over $17,000.  The cryptocurrency had another boost with the opening of futures trading on the CBOE (it will open on the CME next week), but this also led to a fresh round of naysayers shouting about the likelihood of the bubble bursting as it created the opportunity to open short positions.  The movement  in the asset is now greater than that in the Tulip Mania of the seventeenth century and has led many to question whether the buyers really know what they are doing.  In fact there is a much broader question to ask; whether anyone really understands the true risks and implications of bitcoin.  I am not suggesting that people cannot grasp the underlying concept of bitcoin or blockchain technology in general.  What is questionable is the extent to which the full implications of both are understood, with bitcoin being  potentially an example of the much broader blockchain technology which could bring changes as significant as the birth of the Internet.

At the outset, for those of us who have struggled with the concepts, a little background.  Blockchain is essentially a decentralised, very public ledger that records peer-to-peer transactions.  Bitcoin is effectively the proof of concept for blockchain, being a stateless digital currency with every transaction, since it was created in 2009, recorded and publically viewable.  The “inventor” of bitcoin is unknown beyond his alias, Satoshi Nakamoto, so it is a little hard to discern whether he really understands the creature he has created – but his own holding is estimated to be worth well in excess of $1bn.  His cause was helped by some early support from the Winklevoss twins who, having secured $65mn from Mark Zuckerberg in a dispute over Facebook ownership, invested $11mn into bitcoin 4 years ago – a holding which is now also worth over $1bn.

Why has the bitcoin boom happened?  The timing of its creation was ideal in that it occurred when there was widespread caution over trading with financial institutions.  Trading in fiat currency involves a high degree of trust that the other side of a trade will honour it.  Peer-to-peer digital trading takes that element away. As geopolitics have become more uncertain, having a currency that is also not tied to a specific government has also become very attractive.  The other key factor in its success is that of scarcity.  There are 16.7mn bitcoins currently in circulation and the “mining” of more takes progressively longer, with an ultimate cap of 21mn.  These factors have been sufficient to generate a wave of speculative interest that has created the stratospheric rise this year, with individual speculators, especially in Japan, taking some highly leveraged bets on the progress of bitcoin.

Why then would I question the understanding of the inventor and early investors?  The problem for bitcoin users is that speed of adoption has gone way beyond processing capacity.  To start with, it is uneconomic for the processing of small transactions, and the rise in the popularity of the currency has led to a rise in the time it takes to confirm a bitcoin deal, from less than 20 minutes to, at times, 6 hours.  The backlog in trades has meant an increase in fees, which makes some transactions impracticable.  There has been talk of splitting the currency but this has so far not been effected and as a result of this, and of course the price movement, there has been an explosion of bitcoin imitators.

At least we have to hope that the regulators understand the implications of bitcoin.  Again the answer seems to be, in a broad sense, no.  So far bitcoin is largely unregulated.  In 2015 the UK government did say that anti-money laundering legislation would be applied to digital currency exchanges, but so far this hasn’t happened.  As a result understandably cautious compliance officers have made it difficult for a bitcoin buyers to get a bank account in the UK, potentially leaving us somewhat behind the US and parts of Europe in terms of fintech innovation. Even in the US some at the Fed have become concerned that cryptocurrencies could become a threat to financial stability if they achieve widespread usage, while others think that the Fed should be offering a cryptocurrency of its own.  This brings us to one cohort that perhaps has managed to get to grips with the currency’s potential – drug dealers and money launderers. There are around London dozens of cryptocurrency cash machines that allow people to convert up to £500 without providing any identification.  This money can then be digitally moved around the world without any checks, making cryptocurrencies increasingly the payment medium of choice for drug deals.

What then is the approach of those who make their living out of trading global assets – the investment banks?  Earlier this year the CEO of JP Morgan, Jamie Dimon, dismissed bitcoin as a fraud, and said that he would fire any employee trading the cryptocurrency for being “stupid.” However, banks may have to adopt a different stance now that the currency has achieved the legitimacy associated with approval to be traded on the CME, and Goldman Sachs are believed to be considering clearing bitcoin trades for its clients.  For banks the broader uses of blockchain technology are much more interesting.  RBC, ANZ and even JP Morgan have started a network to use blockchain to handle cross-border payments for correspondent banking, which allows payments to reach beneficiaries faster and with better security,

A journey across those who have an opinion gives the full gamut of potential outcomes for the bitcoin boom.  They could be worth trillions, or they could have a dangerous and rapid crash.  Advising potential investors has to be carried out with a very high degree of caution.  However, the bigger picture may be more about the long-term benefits of blockchain technology and the extent to which it could prompt major changes to the way we live and do business, if it can create a much more reliable and secure financial network as has been argued.  The point then, is not to try to make money from speculating in bitcoin, but to understand the benefits of the technology behind it.  Unfortunately the latter is being lost in our preoccupation with the former.